A Photograph and Its Meaning

Note: My American friend, Robert Kowalczyk, a retired Professor and Department Chair at Kindai University, Osaka, Japan, was a U.S. Peace Corps Volunteer, working in Seoul, South Korea, during the Vietnam War.  Following his work in Korea, he taught at universities in Japan, including the Department of Intercultural Studies at the School of Literature, Arts and Culture of Kindai University.  During his years there, he traveled to and through lesser-known and understood Asian destinations, chronicling the lives of common individuals who embodied the wealth of the history and spirit surrounding them.  His images have appeared in The British Journal of Photography, London Magazine and Kyoto Journal…. Below, Robert refers to his “9 portfolios” as “Rescued Fragments of humanity and culture lost in the rush to modernity: moments preserved in his photos. 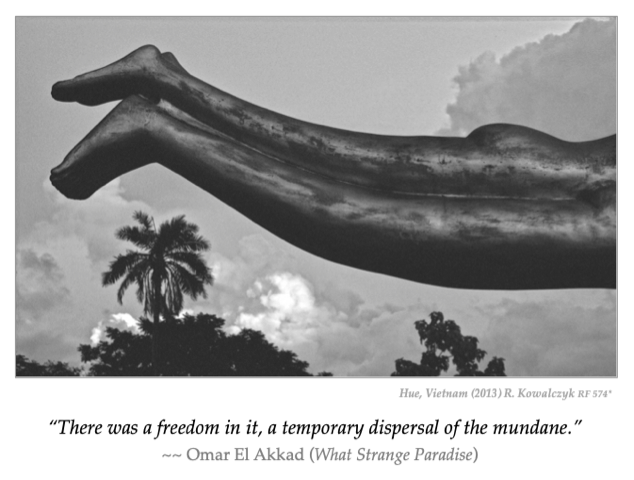 Can you tell me more about this photo, this image?  How did you compose it?

I always feel the best images compose themselves, that’s how they stay alive.

How did you superimpose the image?

A photographic image is what it is, nothing more, nothing less, a moment sliced from time, untouched.

Who made those sculptures?

I have no idea. Most likely, it was a sculptor living in Hue. I wish him, his family, and his work well.

What were you doing there?

The photograph was taken in 2013, when I and a fellow American photographer, John Einarsen, Founding Editor of Kyoto Journal, traveled to Vietnam to pay our respects to the people of northern and central Vietnam. We worked separately, and the collection of images I returned with became my 7th Portfolio, A Country Often Wounded, Vietnam.

How does the quote relate?

That depends on the interpretation of the reader/viewer…. For me, this particular quote by O. E. Akkaad accorded with the complexities of my emotions while being there on that day in Hue, where the fiercest urban battle of The American War, as the Vietnamese call it, was fought.

Dr. Gary Steven Corseri is a member of the TRANSCEND Network for Peace Development Environment. Gary is the grandson of Ukrainian-Jewish and Sicilian-Catholic immigrants.  He has performed his poems at the Carter Presidential Library and his dramas have been produced on PBS-Atlanta and in universities, high schools and Little Theaters.  He has published 2 novels, 1 full collection and 1 prize-winning chapbook of poems.  His poems, articles, fiction, dramas have appeared in hundreds of global publications & websites, including: Countercurrents, Village Voice, Redbook Magazine, Miami Herald, The New York Times, and Transcend Media Service.  He has taught at universities in the U.S. and Japan, and in US prisons and public schools.  He has worked as a grape-picker in Australia, a gas-station attendant, and an editor. Contact: garyscorseri@gmail.com 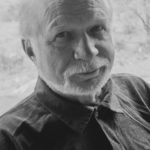 Anticopyright: Editorials and articles originated on TMS may be freely reprinted, disseminated, translated and used as background material, provided an acknowledgement and link to the source, TMS: A Photograph and Its Meaning, is included. Thank you.