As the Taliban waltzes into Kabul, the look of surprise on the faces of top officials should frighten us most of all. 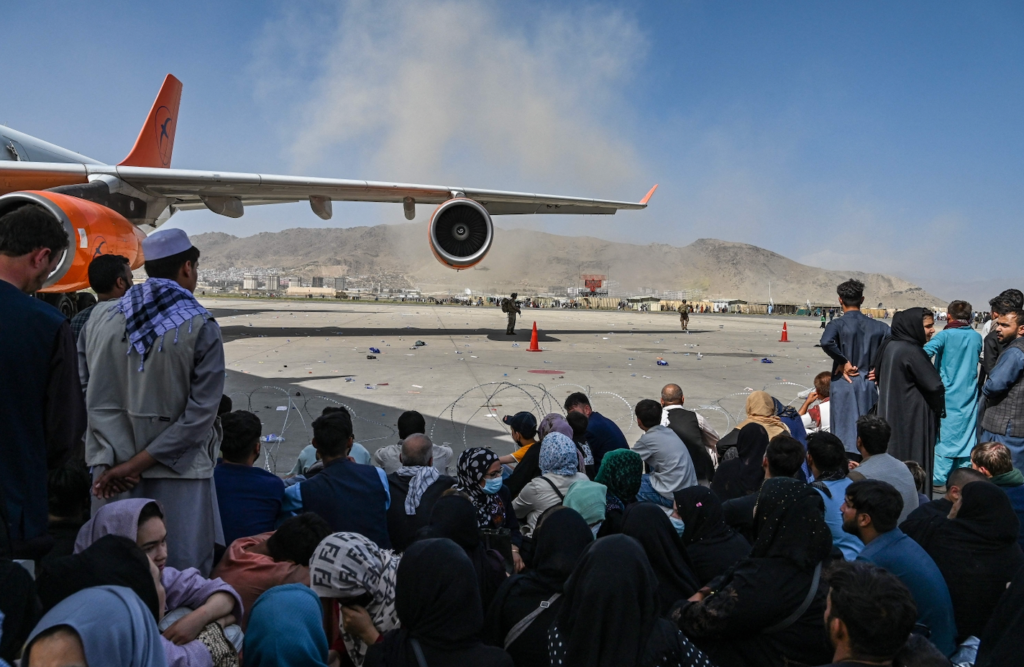 16 Aug 2021 – Secretary of State Anthony Blinken, when asked months ago about the possibility that there might be a “significant deterioration” of the security picture in Afghanistan once the United States withdrew its forces, said, “I don’t think it’s going to be something that happens from a Friday to a Monday.”

“We are not withdrawing, we are staying, the embassy is staying, our programs are staying … If there is a significant deterioration in security … I don’t think it’s going to be something that happens from a Friday to a Monday.” pic.twitter.com/5RGuw4OfZL

Blinken’s Nostradamus moment was somehow one-upped by that of his boss, Joe Biden, who on July 8th had the following exchange with press:

Q: Your own intelligence community has assessed that the Afghan government will likely collapse.

BIDEN: That is not true, they did not reach that conclusion… There is going to be no circumstance where you see people lifted off the roof of an embassy… The likelihood that you’re going to see the Taliban overrunning everything and owning the whole country is highly unlikely.

Down to their own stunningly (perfectly?) inaccurate mis-predictions of what would take place once our military forces left the country, Biden administration officials could not have scripted a worse ending to the twenty-year disaster that has been our occupation of Afghanistan.

Every image coming out of Afghanistan this past weekend was an advertisement for the incompetence, arrogance, and double-dealing nature of American foreign policy leaders. Scenes of military dogs being evacuated while our troops fire weapons in the air to disperse humans desperate for a seat out of the country will force every theoretical future ally to think twice about partnering with us:

U.S. military dogs in Kabul evacuated from the city’s airport among other officials as Taliban takes control of Afghanistan. https://t.co/ggx5Xgk0lG pic.twitter.com/Q371CU38of

News that the military was forced to re-deploy troops to Afghanistan in order to ensure an “orderly and safe” withdrawal is being met with justifiable eye-rolling worldwide. It’s a little late for that:

Afghans are running after C130 aircraft without any fear of being hurts.
Chaos, fare and desperate

Darkest days of history in humanity!

The pattern is always the same. We go to places we’re not welcome, tell the public a confounding political problem can be solved militarily, and lie about our motives in occupying the country to boot. Then we pick a local civilian political authority to back that inevitably proves to be corrupt and repressive, increasing local antagonism toward the American presence.

In response to those increasing levels of antagonism, we then ramp up our financial, political, and military commitment to the mission, which in turn heightens the level of resistance, leading to greater losses in lives and treasure. As the cycle worsens, the government systematically accelerates the lies to the public about our level of “progress.”

Throughout, we make false assurances of security that are believed by significant numbers of local civilians, guaranteeing they will later either become refugees or targets for retribution as collaborators. Meanwhile, financial incentives for contractors, along with political disincentives to admission of failure, prolong the mission.

This all goes on for so long that the lies become institutionalized, believed not only by press contracted to deliver the propaganda (CBS’s David Martin this weekend saying with a straight face, “Everybody is surprised by the speed of this collapse” was typical), but even by the bureaucrats who concocted the deceptions in the first place.

The look of genuine shock on the face of Tony Blinken this weekend as he jousted with Jake Tapper about Biden’s comments from July should tell people around the world something important about the United States: in addition to all the other things about us that are dangerous, we lack self-knowledge.

Even deep inside the machine of American power, where everyone paying even a modicum of attention over the last twenty years should have known Kabul would fall in a heartbeat, they still believe their own legends. Which means this will happen again, and probably sooner rather than later. Iconic image of Taliban fighters in the Presidential Palace on August 15, 2021