And So It Begins Again: The Media Recycles Afghanistan War Lies

20 Aug 2021 – In the days following the desperate evacuation of US troops from Afghanistan, the corporate press has launched an international propaganda campaign raising concerns for the “human rights” of residents of the Central Asian country. 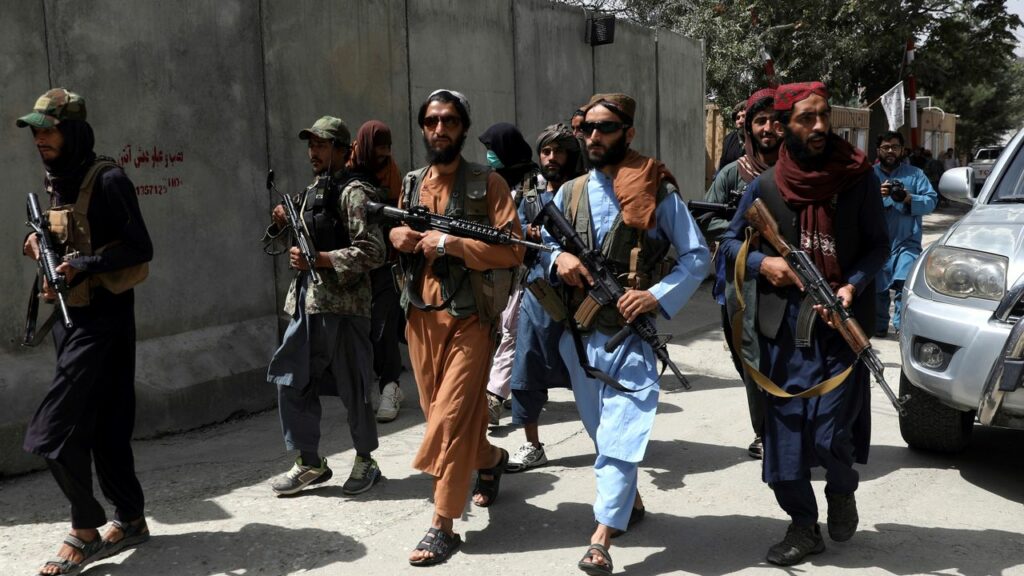 For the last 20 years, the corporate media and imperialist powers of the world raised no objections as the United States killed over 100,000 people, set up black site torture chambers, carried out drone assassinations and robbed the country of its resources. The major imperialist powers joined the US in the invasion and occupation. The corporate press facilitated the commission of horrific crimes by promoting the war as a “just cause,” a necessary response to September 11, 2001. Those who exposed the real character of the war in Afghanistan—including Julian Assange, Chelsea Manning and Daniel Hale—were locked up in prison.

But now, all of the tropes employed by the corporate media to “sell” to world public opinion the invasion and occupation of Afghanistan in 2001, no matter how moth-eaten and worn out, are being revived.

This serves two purposes: to paper over the war crimes carried out by the US in the past and to prepare public opinion for an intensification of imperialist pressure on the war-ravaged population.

Reports of the suppression of a handful of small protests against the new government give few details about the nature of that “opposition,” including whether those engaged in the protests are acting at the instigation of the thousands of CIA agents and “contractors” left behind in Afghanistan by the US government.

The media campaign over repression, however, is entirely cynical and two-faced. Nothing done in Jalalabad or Kabul this week comes close to the mass slaughter carried out by the US on a weekly basis over the course of the last 20 years.

The media is not up in arms over Egyptian military dictator Abdel Fattah el-Sisi, whose troops and police killed more than a thousand protesters at a single anti-government demonstration held after his 2013 military coup. El-Sisi, with tens of thousands imprisoned, thousands of them under death sentences, is now one of the pillars of US foreign policy in the Middle East.

The Democratic and Republican parties and the entire corporate media are replete with pious denunciations of the treatment of Afghan women. This same political establishment paid no attention as tens of thousands of Afghan women were killed by American soldiers in US drone strikes or through the devastating social collapse caused by the invasion and occupation.

The New York Times, the mouthpiece of the Democratic Party and identity politics, has taken the lead on this issue, publishing an op-ed column by Malala Yousefzai, the one-time teenage advocate of education for girls and survivor of an assassination attempt by the Pakistani Taliban. She urges Americans to “listen to the voices of Afghan women and girls. They are asking for protection, for education, for the freedom and the future they were promised …”

But again, the media double standard is of staggering hypocrisy. In Saudi Arabia, the leading US ally among the Arab nations, women cannot drive, vote or appear in public except under escort of a male relative. Adultery is a crime punishable by death, although Shi’ites engaged in political opposition to the Sunni-based monarchy are the main victims of the mass beheadings that take place on a regular basis.

None of these barbaric practices has threatened the close collaboration of the Pentagon that makes possible the ongoing Saudi war in Yemen, which uses mass starvation as a major weapon, enforced by a naval blockade and air strikes guided by US satellite intelligence.

The media and military-political establishment also repeat concerns that Afghanistan will become a “safe haven” for Al Qaeda. We have heard this one before. This was, after all, the main pretext for the US invasion in October 2001, one month after the September 11 terrorist attacks.

It has long been known that Al Qaeda was first formed under Osama bin Laden’s leadership in the 1980s, as part of the US-backed guerrilla war by Islamic fundamentalists against the Soviet-backed government of Afghanistan. But after the interval of ferocious hostility that included the 2001 terrorist attacks, Al Qaeda has returned to its roots as an instrument of US imperialism in both Libya and Syria.

In Libya, the commander of the NATO bombing campaign described his role as acting as “Al Qaeda’s air force,” since the Islamists were carrying out the ground war against the regime of Muammar Gaddafi. In Syria, both Al Qaeda and its offshoot ISIS received backing from US allies like Saudi Arabia and Qatar, as well as direct support from the CIA.

Meanwhile, ISIS efforts to gain a foothold in Afghanistan have erupted in violent clashes with the Taliban and their allied militia, such as the Haqqani network. Those raising the supposed danger of renewed anti-US terrorism emanating from Afghanistan have not been able to identify any actual terrorists who would be empowered by the new regime in Kabul.

Biden made a significant concession to the pressure to reverse his policy when he declared, in the course of his interview with ABC News broadcast Thursday morning, that the August 31 deadline for the completion of US evacuation operations from the airport was flexible. “If there’s American citizens left, we’re going to stay to get them all out,” he said.

This formulation is so elastic that it could well serve to justify a nearly indefinite extension of the US occupation of the Kabul airport and even renewed American military aggression against the country.

The more fundamental obstacle to a renewal of American aggression against Afghanistan, however, is not in that tortured country. It is the opposition within the United States itself. A poll conducted by the Associated Press during the final week of the collapse of the Afghan puppet regime found that nearly two-thirds of those interviewed thought the Afghanistan war not worth fighting.

The American people are adamantly opposed to further intervention in Afghanistan. That is one reason for the increasingly hysterical character of the media campaign for war. The US ruling elite senses this and through its media outlets expresses a fear that it is losing its political grip on the majority of the US population. The American people, and above all the American working class, are coming to their own conclusions about vital questions of war and peace and calling into question the social, economic and political structures of American capitalism.