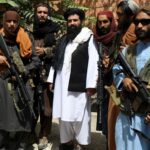 19 Aug 2021 – Some 2,000 US citizens and Afghan associates were flown out of Kabul yesterday, and the US military said it would be able to increase the airlift to 9,000 a day once all runways at the main airport are cleared. There were at least 4,000 US troops at the airport and a total of 6,000 were expected once the full deployment was carried out. 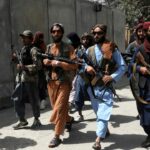 20 Aug 2021 – Following the desperate evacuation of US troops, the corporate press is raising concerns for the “human rights” of Afghans. For the last 20 years, the corporate media raised no objections as the USA killed over 100,000 people, set up black site torture chambers, carried out drone assassinations, robbed the country of its resources, and facilitated horrific crimes by promoting the war as a “just cause,” a necessary response to 9/11. 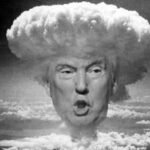 11 Feb 2020 – The most ominous feature of the new budget document issued yesterday by the Trump administration is the prominent place given to the development of a new generation of nuclear weapons, including so-called low-yield weapons, smaller than the bombs that destroyed Hiroshima and Nagasaki, which are widely regarded as more likely to actually be used in combat. 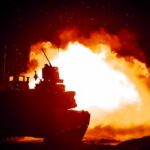 12 Dec 2019 – The House of Representatives voted by a huge bipartisan majority, 377–48, to approve the largest US military spending bill in history, providing a record $738 billion for the US war machine. The National Defense Authorization Act passed with 188 Democrats and 189 Republicans supporting it.

The Trump administration announced Monday [10 Sep] that it would retaliate against the International Criminal Court, a judicial panel established under the auspices of the UN, if the ICC took any action against US military or civilian officials over charges of war crimes in Afghanistan. The announcement was made by National Security Advisor John Bolton.

22 Aug 2017 – The nationally televised address to a military audience sets the stage for a massive increase in bloodshed in a country where the United States has waged war for 16 years.

18 Jan 2017 – President Obama commuted the 35-year prison sentence of Chelsea Manning, the military intelligence analyst who made public evidence of US war crimes in Iraq and Afghanistan, allowing Manning to go free on May 17, after completing over seven years in prison.

The biggest tax dodger is technology giant Apple, with $181 billion held offshore. General Electric had the second-largest stash, at $119 billion, enough to repay four times over the $28 billion GE received in federal guarantees during the 2008 Wall Street crash. Microsoft had $108 billion in overseas accounts, with companies like Exxon Mobil, Pfizer, IBM, Cisco Systems, Google, Merck, and Johnson & Johnson rounding out the top ten.

The flyby of Pluto by the spacecraft New Horizons—a scientific achievement of the first order—stands in contrast to the seemingly intractable social crises on our own planet.

27 Apr 2015 – Garry Trudeau, the creator of the Doonesbury comic strip, has come under attack for publicly criticizing anti-Muslim cartoons appearing in Charlie Hebdo, calling them a form of hate speech. The central point made by Trudeau is that Charlie Hebdo was engaged, not in satirizing the powerful, but in vilifying the most oppressed section of the French population, Muslim immigrants, who face the highest levels of unemployment, poverty, police harassment and imprisonment.

These three countries are among the poorest in the world, ranking 161st (Sierra Leone), 176th (Guinea) and 181st (Liberia) in per capita GDP (185 countries total). Their people live in misery, but the countries themselves are rich in natural resources that have been ruthlessly exploited by major corporations and the governments that enforce their interests.

29 Sep 2014 – The comments this weekend by spokesmen for the White House, the Pentagon and US Congress are part of a carefully orchestrated campaign to prepare public opinion for full-scale war in the Middle East.

How Will the Arab Spring Reshape the Middle East?
Patrick Martin – The Globe and Mail, 21 Mar 2011

The Islam-is-down, secularism-is-up theme is one of three common notions about what the aftermath of the upheavals will bring. The second assumption is that greater democracy will emerge. The third is that, as far as the two non-Arab states that compete for influence in the region are concerned, the Iranian regime’s fortunes are looking brighter, and Israel’s much darker. It’s too soon to tell what exactly will emerge from this remarkable revolutionary period, but it’s not too soon to question some of these popular notions.