US Military Steps up Taliban-Approved Evacuation from Kabul 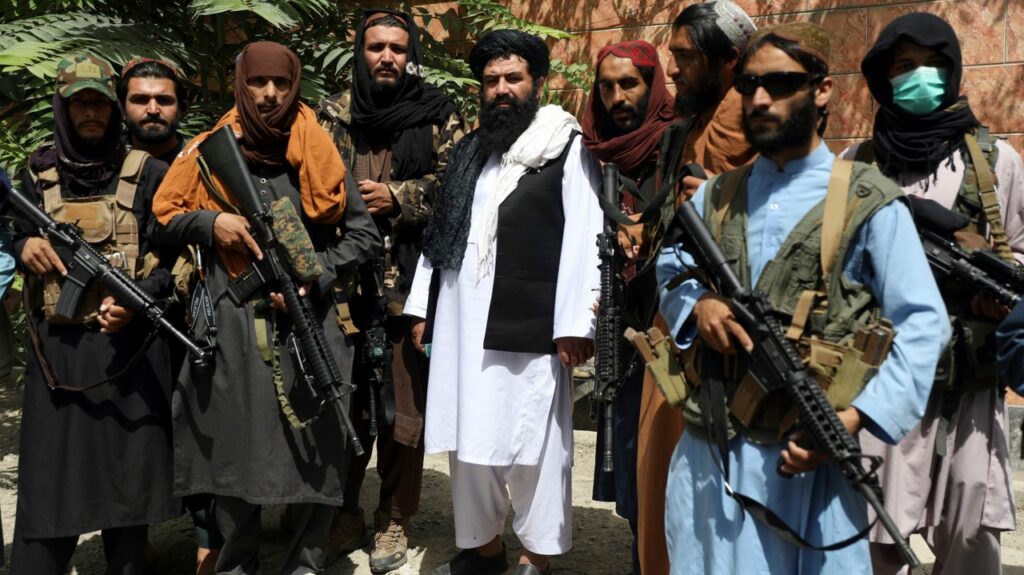 19 Aug 2021 – US military evacuations from Kabul were stepped up yesterday with the agreement of top Taliban leaders, who have arrived in the Afghan capital and begun establishing a new government to replace the US puppet regime that collapsed on Sunday [15 Aug].

Some 2,000 US citizens and Afghan associates were flown out of Kabul yesterday, and the US military said it would be able to increase the airlift to 9,000 a day once all runways at the main airport are cleared. There were at least 4,000 US troops at the airport and a total of 6,000 were expected once the full deployment was carried out.

General Frank McKenzie, head of the US Central Command, negotiated the evacuation protocol with senior Taliban leaders at Doha, Qatar, on Sunday, and he flew secretly into Kabul on Tuesday to oversee it, according to press reports. McKenzie did not give any interviews or have any publicized meetings with the Taliban during his visit.

The spectacle of the top US commander stealing into the airport with the permission of the victorious guerrilla movement against which he was fighting is a stark demonstration of the debacle suffered by American imperialism in Afghanistan.

No amount of vilification of the deposed Afghan government by the White House can conceal the fact that it is the US government, and the Biden administration, which have suffered a devastating defeat, not merely its puppet in Kabul.

Similarly, when Defense Secretary Lloyd Austin and Chairman of the Joint Chiefs Gen. Mark Milley were asked at a Pentagon press conference Wednesday whether they planned to extend the military perimeter at the Kabul airport to establish evacuation routes for Americans who might be trapped in the city, they flatly acknowledged that they could not do so.

Not only did the American troops not have the “capability” to expand into the city, Milley said, but to attempt it might weaken their grip on the airport, the sole lifeline not only for those seeking evacuation, but for the American troops themselves.

Pentagon spokesman John Kirby revealed that US commanders were speaking to Taliban commanders “multiple times a day” to avoid military conflicts between US and Taliban soldiers. The airlift is expected to continue to August 31, a date set by President Biden for completion, with as many as 9,000 people a day removed from the country.

However, in an interview with ABC News’ George Stephanopoulos, parts of which were aired Wednesday evening, Biden for the first time indicated that the troop withdrawal deadline might be extended past August 31. “If there’s American citizens left [after August 31],” he said, “we’re going to stay until we get them all out.”

The top political leader of the Taliban, Abdul Gani Baradar, who had been heading the negotiations in Qatar, arrived in Afghanistan Tuesday for the first time in 10 years. He spent most of that period in jail or under house arrest in Pakistan, before he was released in 2018 at the urging of the Trump administration to take the leading role in talks with the United States.

In Washington, both Democratic and Republican congressmen and senators bemoaned the swift collapse in Afghanistan and attacked the Biden administration for its decision to pull out the last 2,500 US troops. The departure of the US forces became a trigger for the collapse of the puppet regime, which took only 11 days once the Taliban launched a military offensive.

In the ABC News interview partially aired on Wednesday, Biden told Stephanopoulos that he knew very well that there would be “no leaving without chaos ensuing” in Afghanistan.

This is a remarkable admission, and underscores that all the assurances given by a succession of US presidents—Bush, Obama, Trump and now Biden himself—about “progress” in Afghanistan were a pack of lies.

All of these presidents, and a succession of Pentagon bosses, ambassadors and military commanders, were aware of the corrupt and unpopular character of the puppet regime in Kabul. All of them concealed this reality from the public, while portraying the US military intervention as a war against “terrorism” and for “democracy” and women’s rights.

The real nature of the puppet regime was summed up by columnist David von Drehle in the Washington Post, who observed, “You could fit all the genuine supporters of deposed Afghan President Ashraf Ghani into his getaway car and still have room for the piles of cash…” (Ghani reportedly escaped the country with $164 million, arriving Wednesday in the United Arab Emirates, where he will enjoy a luxurious exile).

The American media continues its near-unanimous hostility to the speech delivered by Biden on Monday, in which he defended his decision to withdraw. It continues its unrelenting pro-military propaganda, portraying the US occupation in Afghanistan as a defense of the Afghan people, after multiple revelations—including those by WikiLeaks and Julian Assange—of US war crimes against the population.

This campaign is aimed at preserving the essential ideological premise of imperialism and neo-colonialism—that the imperialist military is holding the line between “civilization” and savagery—for future use in other countries targeted by Washington, or even in Afghanistan itself, should conditions permit.

One report, by CNN Business, suggested the real material interests underpinning the 20-year US war. Headlined “The Taliban are sitting on $1 trillion worth of minerals the world desperately needs,” the article noted that while one of the poorest countries in the world, Afghanistan was “sitting on mineral deposits worth nearly $1 trillion,” including not only iron, copper and gold, but also rare earth minerals and “perhaps most importantly, what could be one of the world’s biggest deposits of lithium—an essential but scarce component in rechargeable batteries and other technologies.”

Decades of civil war had prevented the exploitation of this potential wealth, but now, the article warned, China, which shares a border with Afghanistan and has maintained contact with the Taliban, was in a position to gain an advantage in the world market.

Even in defeat, American imperialism maintains its focus both on potential sources of profit and its wider struggle for global dominance. Biden emphasized this aspect of his decision to withdraw from Afghanistan is his speech Monday, referring to “our true strategic competitors, China and Russia” as more important antagonists for his administration.