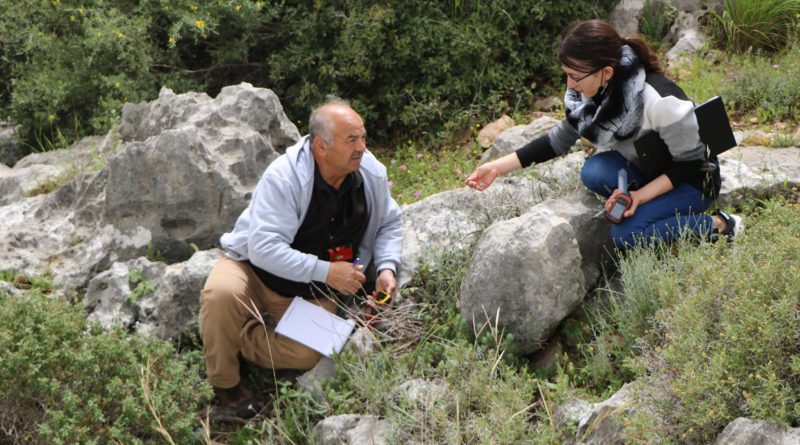 29 Jul 2021 – History tells us that every country on earth was subject to colonization and/or had colonized other countries. Post-colonial studies are replete with examples of the kinds of struggles native people have endured in the past, and continue to engage in, currently. In this article, I want to raise an issue that is not discussed often enough in this massive literature, that of challenging colonization through activities that sustain humans and nature. I will reference our organization’s activities in Palestine as a case study of a response to one of the few remaining active centers of colonization in the world.

Palestine is the western part of the Fertile Crescent where humans first developed agriculture. This is why this part of West Asia was the cradle of early civilizations and gave birth to three monotheistic religions. The Natuffian Agricultural era (inclusive of our ancestors, the Canaanites) had a long history of 12,000 years. During these early times violent conflicts were relatively few in this region. In the past thousand years one could point out only the Crusaders and the advent of Zionism as historical events that resulted in mass killings and displacement of local people. Now, in the 21st century, the situation of Palestine remains as one of the few destabilized colonial anti-colonial struggles. Incidentally, in my opinion, colonial anti-colonial struggles get stabilized (though never completely “resolved”) by one of three possible scenarios: 1) The Algerian model (2 million Algerians killed, colonizers left), 2) The Australia/USA model (genocide of natives), and 3) the rest of the world model of coexistence of descendants of colonizers and colonized in one country. While every country is unique, the behavior of the colonizers is quite similar when it comes to exploiting local people and their natural resources. For example, we can recall the role of the East India Company and British imperialists in exploiting the rich resources of India, followed by the remarkable history of decolonization.

If the world needed a reminder of the fact that Palestinians cannot and will not give up their country for a racist apartheid state of Israel, the events of May 2021 provided that. Without justice to the Palestinian people, there will not be peace here, and indeed in West Asia and North Africa, and by extension the rest of the world. This is because Palestine was and is a critical area for three of the world’s major religions, and also because of the passions of millions of justice seeking people around the world. Currently, 7.5 million Palestinians (of the 13.5 million total) are refugees or displaced, denied their natural right to return to their homes and lands. Zionism was intent in transforming a multi-ethnic, multi-cultural, and multi-religious country of Palestine into the “Jewish state of Israel”. This conflict, which has lasted now for over a century, has caused enormous despair in millions of people’s lives. So, where does one look for hope in this troubling scenario? 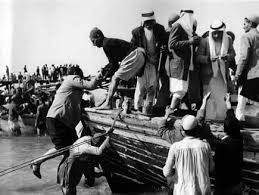 As a result of the ethnic cleansing, which followed the creation of Israel hundreds of thousands of people were left homeless.

Before the Zionist project in the late 19th century, Palestine had some 1300 villages and towns, each with a small and manageable population. The total population then was 850,000, consisting of people of various religious persuasions (3% Jewish, 13% Christian, 80% Muslim, 4% other).  It was only in 1948-1950 when Israel was created by military rule that a large wave of organized ethnic cleansing took place and Zionists took control of much of the land of the local Palestinians. Nearly 500 villages and towns were destroyed and their land re-cultivated mostly with European pine trees, which damaged the local environment.

The system of occupation and colonization has created significant issues for the local people and their environment. I could cite dozens of example in detail but let me just list the key challenges:

There are many other issues where the occupation can affect sustainable development and protection of the environment because it is profitable to the occupiers. Alon Tal, Founder of the Israel Union for Environmental Defense, acknowledged that: “…it’s a Zionist paradox. We came here to redeem a land and we end up contaminating it.” (1) Of course, all of the Zionist actions in Palestine that impact the indigenous people and nature are contrary to international law and countless signed conventions. These include among others: the United Nations Charter, the Universal Declaration of Human Rights, the Fourth Geneva Convention, and multiple conventions related to the environment (like the Convention on Biological Diversity).

Besides colonization, other issues affect environmental conservation in Palestine. Rapid natural and unnatural (via migration) growth of population places pressure on our limited space and overburdened water resources. The industrial consumerist agriculture imported from the West (use of pesticides, monoculture etc.) further impairs the long-term productivity of the land. Law enforcement related to environmental conservation remains ineffective, and the society remains largely disconnected from nature, focusing on mere survival.  Lastly, research and development efforts have been constrained by this complicated and stressful situation in Palestine, and have remained pitifully scant.

Palestine Institute of Biodiversity and Sustainability (PIBS): a case study in resistance

In 2012, I wrote a book titled “Popular Resistance in Palestine: A History of Hope and Empowerment” in which I cited hundreds of example of amazing positive action that counter the destructive forces of wars and repression in Palestine. For example we note the brilliant women’s movements in Palestine in the 1920s, the revolution of 1936-1939, the workers unions in the 1950s, the student unions in the 1960s and 1970s, the uprising of 1987-1991, and the growth of the Boycott, Divestments, and Sanctions (BDS) movement in late 1990s and early 2000s. Many more successes followed subsequent to that publication. Here, I just wanted to highlight one case, which provides an example of building amid the mayhem – the Palestine Institute for Biodiversity and Sustainability, which was started in 2014 and is an effort towards ensuring environmental justice in Palestine.

Using largely volunteer efforts and local donations but with significant networking globally (see below), PIBS and the Palestine Museum of Natural History of Bethlehem University were established in 2014, and are focused on research, education, and conservation of our natural world, culture and heritage. The organizations use research and knowledge to promote responsible empowered human interactions with all components of our environment. We endeavor to work locally, regionally and globally to achieve the UN Sustainable Development Goals. In the past three years, PIBS:

2) Developed an agricultural research station and botanical garden (including aquaponics) to empower marginalized local farmers (production, research, and knowledge transfer). For example, we trained the farmers in the use of aquaponics based on research in our facilities, and created a community garden. We also helped people grow their own vegetables in their yards and balconies.

3) Developed educational programs that benefited thousands. We hosted summer camps. We have a weekly program focused on children’s activities. And, we also hosted programs that empowered women (capacity building workshops).

4) Hosted thousands of local and international visitors who learned about the challenges and opportunities in Palestine. Previously most tourists came either as religious pilgrims or on very few occasions as solidarity groups. Now, there are whole new programs that involve international visitors in eco and cultural tourism. Their perception of Palestine changes dramatically as evidenced by the reviews of programs and letters we receive.

5) Built partnerships with local and global governmental and non-governmental entities resulting in notable benefits to the environment and its sustainability. Examples – locally, we were selected to write the national report in compliance with the Convention on Biological Diversity and to write the National Biodiversity Strategy and Action Plans. Globally, we developed partnerships with the Natural History Museum in London and with many universities in the US, UK, France, Germany, and Italy.

This is an integrated system for research, education and conservation to address areas in need all over Palestine, a country under enormous stresses of occupation. Our motto is RESPECT (for ourselves, other human beings, and the environment with all its components).  The museum grounds and its botanical garden (an integrated ecosystem) are an oasis for wildlife in Bethlehem.  It’s a place where young people can explore alternatives, and seek out a new way of looking at themselves and their environment (empowerment and nature conservation).

The botanical garden and experimental agriculture research station develops modules that are expanding (a ripple effect). It has been well received and replicated in other places. Initiatives are underway, already, in Nablus and Hebron, to create a similar project. PMNH/PIBS has published papers that encourage other developing countries to take on similar projects and we have already received serious inquiries and interests in these programs. For a short video of the general accomplishments, see https://youtu.be/BPhFLOsEIM0. The latest annual report can be seen here: https://www.palestinenature.org/annual-reports/

How did we manage to survive and succeed with limited funds, and a largely volunteer cadre of dedicated people? The answers can be summed up in six key points:

1) The project was built bottom up and involved both local and international volunteers.

2) The research projects developed were collaborative.

3) In building our research, education, and conservation projects, and in fundraising as well, we made maximum use of online resources including available databases.

4) We leveraged local and international university students as well as those from several other Palestinian universities.

5) PIBS was especially mindful of human diversity in building its staff as well as in the selection of volunteers, and we were particularly conscious of serving marginalized communities. We also used cultural heritage to promote biodiversity.

PIBS emphasized benefit sharing to local people, and this increased our involvement in permaculture (including aquaponics and aquaculture) as well as in ecotourism. An important example of the success of this initiative is in the four communities of Husan, Battir, Al-Walaja and Beit Jala, surrounding Wadi Al-Makhrour, a UNESCO world heritage site where our work benefited 80 farmers and many other locals.

As climate changes and population continues to grow, the practices described above become even more critical to sustainable development. Having people grow food and herbs literally in their backyards empowers them, and increases their incomes and food security. The project also improves both physical (through better and more organic nutrition) and psychological (through gardening and fresh air and plants) wellbeing of marginalized communities, especially in the difficult circumstances of occupation and marginalization. Increased vegetation cover while recycling nutrients via composting also reduces the effects of global warming (mitigation and adaptation for sustainability). The social networking on the Internet also allows us to get almost immediate support from colleagues and activists across continents. The collective work made our 14 dunum (2) garden, buildings, facilities and most importantly motivated and empowered PEOPLE, an oasis of hope in the middle of the mayhem created by colonization and repression.