The Rif Republic: A Self-Proclaimed and Internationally Unrecognized State

The Rif Republic (Tagduda n Arrif) in Berber, is a state bordered by the Mediterranean Sea to the north, Algeria to the east, the plains separating it from Morocco to the south and the Atlantic Ocean to the west. Composed of mountains and plains, the Rif stretches for nearly 500 km from Tangier to Berkane and Kebdana (border between Algeria and Morocco), irrigated by the Moulouya, passing from west to east, by Ceuta, Tétouan, Chefchaouen, Targuist, Al Hoceïma, Driouch, Melilla and Nador. 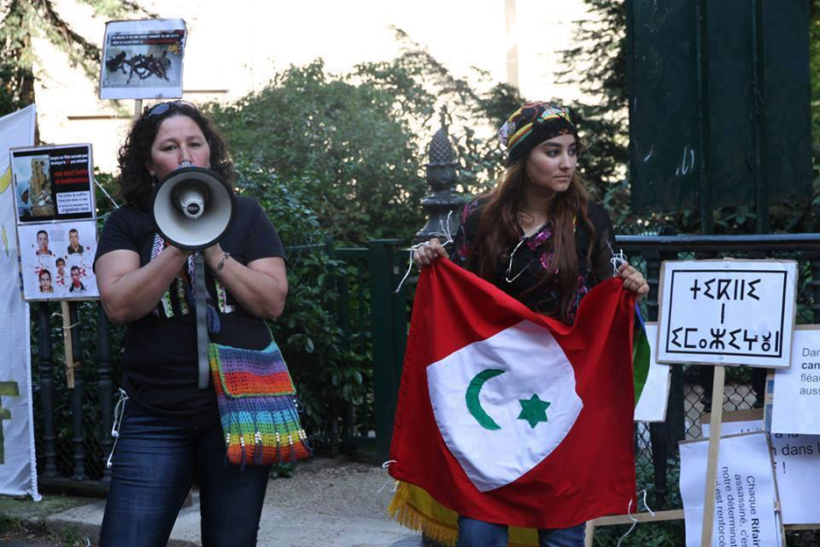 26 Jul 2021 – The war between the Rif Republic of Abdelkrim, the Spaniards and the French between 1921 and 1926 remains largely unknown. This extremely violent colonial war, however, marks a decisive stage in the history of anti-colonialism and in the construction of the Rifain nation.

After the independence of Morocco where the history of the protectorate, which remains relevant in the current context where the external debt is still perceived as synonymous with loss of sovereignty where the supremacy of France over Morocco is established.

In 1958, 30,000 Moroccan soldiers, led by the future Hassan II, then chief of staff of the armies, repressed a 1st uprising in the Rif (nearly 3,000 dead).Under the domination of the Moroccan monarchy, the state of the Rif will find itself, in fact, excluded from Moroccan political life throughout the reign of Hassan II. A second uprising occurred in the region in 1984 and, according to various sources, resulted in dozens of deaths and imprisonment with heavy sentences. Formerly, the main role was held by Abdelkrim El-Khattabi, originally from the small village of Ajdir in the Aït Ouriaghel tribe, was a teacher and journalist for the Melilla’s daily Le Télégramme du Rif, a town where he worked with the Spaniards. He thought this would bring the two peoples together culturally. But discovering the forced labor in the Rif mines that fueled the Spanish military industry, and the forced labor in the fields, Abdelkrim returns to his native village to raise up the Riff tribes and start the Resistance and rebellion for a sovereign people.

Poverty in the Rif forces tens of thousands of Rifians to travel massively each year to European countries to work first in the coal mines of northern France and those of Belgium, then in the Netherlands and more recently in Spain. This emigration allows, despite the relative isolation of this region, a relative improvement in the living conditions of the local populations. Much of the rural population is illiterate. But the population of the big cities of the Rif is part of the middle class, for some well-off, for all cultivated. As a result, the illiteracy rate in the towns of the Rif is one of the lowest.

But the atrocious death of Mohcine Fikri, a fish seller, suddenly awakened the Republic of the Rif. Since then, the inhabitants of the commune of Al-Hoceïma have been demonstrating peacefully against, pell-mell, authoritarianism, corruption, mass unemployment, poverty … And now against repression: about thirty leaders of the movement have been arrested, including the figure of the protest, Nasser Zefzafi, 39, after two days on the run.

The Rif Republic is back on the front of the stage, half a century after the odious events which saw the Moroccan army repress in violence, to put it mildly, the least source of revolt among this population considered as enemies. If the actors have changed, the substance of the matter remains the same.

Local and foreign sources for the defense of human rights affirm that the tortures suffered by the populations of the Rif, the most atrocious still exist, abuse even in the most intimate parts of their bodies. The question still remains to be asked, perhaps the day will come when the question will be recognized.

Rabah Arkam, born in Kabylie (Algeria), engineer by profession, activist for the Amazigh (Berber) cause and identity in Algeria and North Africa, is a human rights activist who fights for democracy and secularism in Algeria as a federal state and is the author of several articles.