The US Legacy in Afghanistan

15 Aug 2021 – The Taliban take all major cities in Afghanistan ~ The Presidential Palace has fallen ~ President Ghani flees the country ~ US pledge to redeploy 5,000 troops ~ All embassy staff leave the country ~ We are now looking at a Taliban led Government ~ The Taliban say they want to take power without violence. 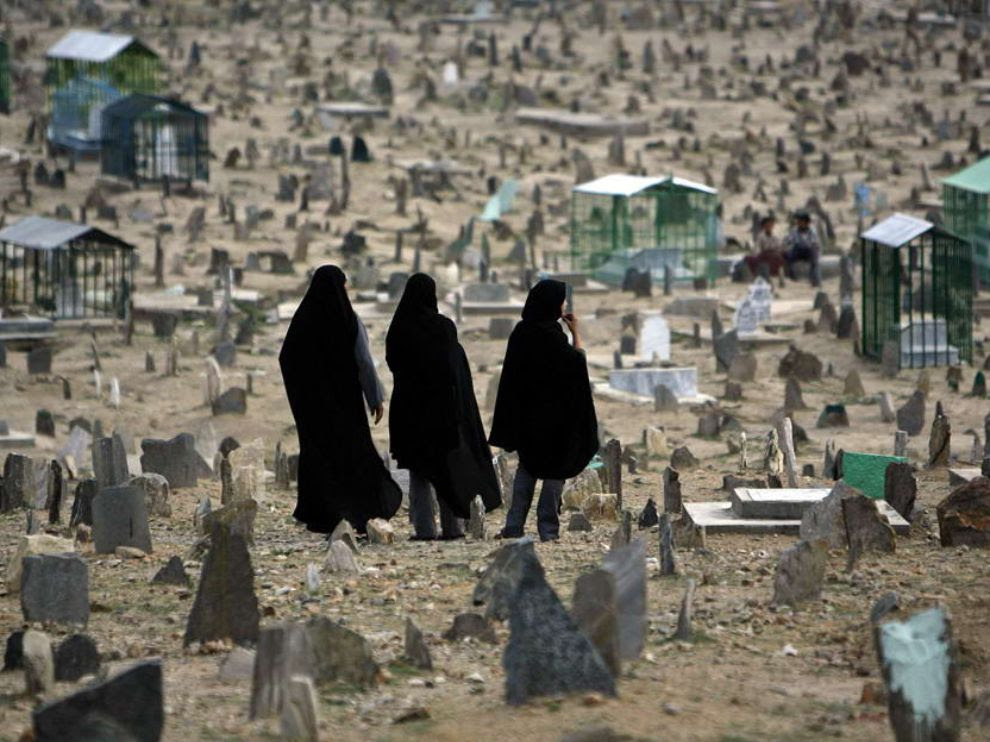 The war in Afghanistan can be summed up as chaotic and disastrous.

Nearly twenty years ago, just one month after 9/11, the US led the coalition that invaded Afghanistan. Its stated aims were to topple the Taliban, liberate women and capture Osama Bin Laden.

Twenty years later, the US have installed a corrupt puppet government. Rights have improved for some women, but they are not included or safeguarded in the ‘peace deal’. It took 10 years to capture Bin Laden, but not in Afghanistan: he was hiding in Pakistan.

Under the peace agreement, the Taliban are supposed to share power with the Afghan government, and promise to never accommodate terrorist organisations in Afghanistan. It hasn’t, perhaps deliberately, been well documented that theTaliban were not close allies of Bin Laden and Al Qaeda; the international terrorist group were in fact merely tolerated by Mullah Omar. In the early days of the 2001 invasion, the Taliban had in fact impounded Bin Laden and were willing to hand him over to a third-party country, if the US could prove his connection with 9/11. The Bush administration chose to ignore diplomacy and negotiation and instead, perhaps unknowingly, committed themselves to the longest war in their history.

The prospects for power-sharing with the Afghan government were never great. The Taliban still see the current regime as a US-installed ‘illegitimate puppet government’. The Afghan Government is known for its corruption, with politicians who included notorious warlords with blood on their hands from the 1990s civil war.

The Taliban wanted the lion’s share of power and were confident they would win out. In the last two years, they have made gains across the country, taking most rural districts. Today Kabul fell to the Taliban, joining all the other major cities which have been taken over the last few weeks.

Throughout the talks, the Taliban continued to carry out attacks on civilian buildings, while the US regularly undertook airstrikes. The violence running up to the withdrawal date has been intensifying. There are also reports of units of the Afghan Army readily surrendering, while the Taliban seize huge weapon stores left by the US. Meanwhile some rural villagers are taking up arms and vowing to defend themselves, while others opt to flee to the mountain tops.

The position of women has not featured much during the talks. Representatives of women’s organisations were rarely invited and their contributions not taken that seriously. Although a well-lauded justification for invading in 2001, women’s rights are not part of the peace deal.

It is important to acknowledge that women’s rights in Afghanistan have improved for some women, with better access to education, healthcare and employment. However, it should be noted that not all women have been afforded these rights: many girls in the rural villages were not able to attend school due to societal pressure to stay home. The benefits of accessing healthcare are perhaps eclipsed by the impacts of US/ NATO aerial bombing or being caught up in Taliban suicide bomb attacks and other conflict-related injuries. Unemployment for 2021is expected to reach 12.7%, with an eye-watering 47.3% of the population now living below the poverty line. 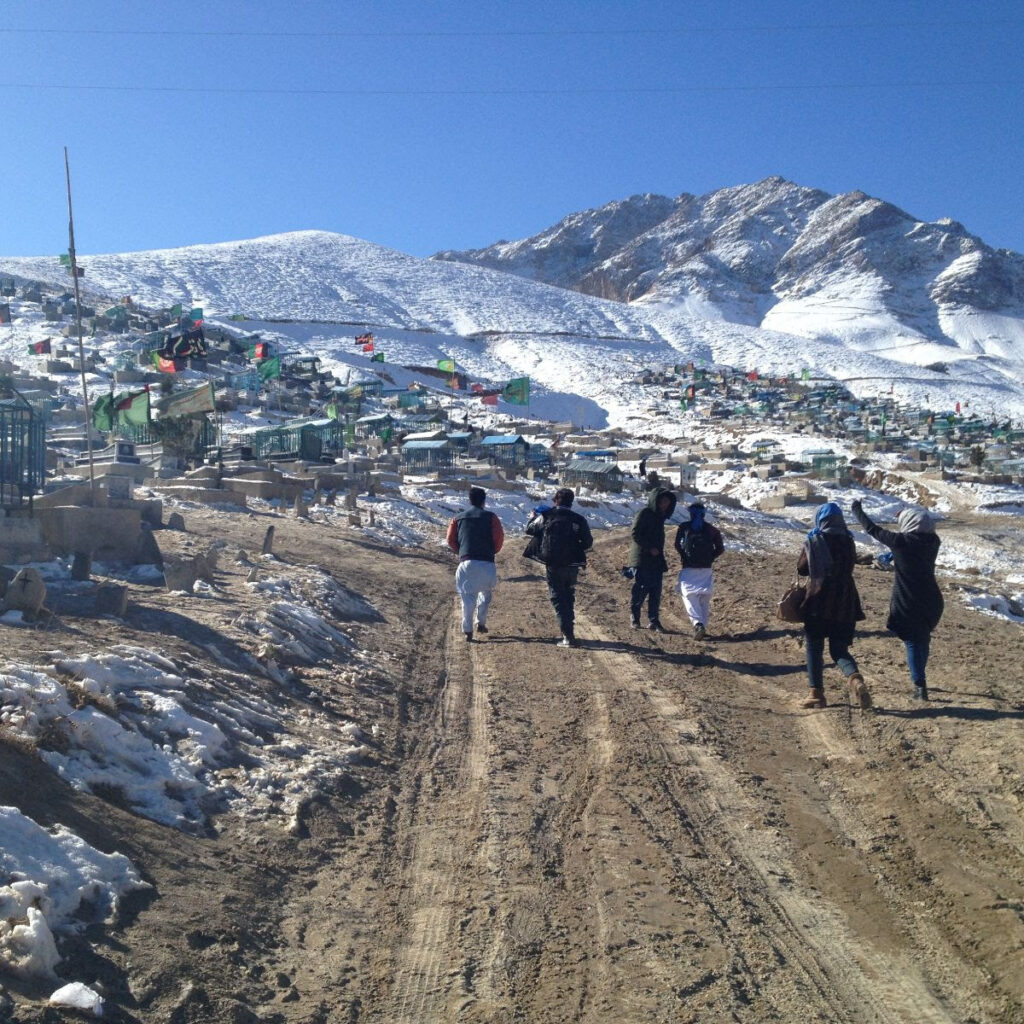 Was the government ever serious about women’s rights? It certainly didn’t enshrine enough legislation to protect women: for example, the 2009 Elimination of Violence Against Women Law, created to provide women and girls with protection against domestic violence, has never properly been implemented. While in 2014 the Afghan Government tabled Article 26, potential legislation which forbad family members from testifying against alleged perpetrators of domestic violence. Today, Afghan women are understandably worried about the few hard-earned rights they have won disappearing, and being thrust back into the dark days of the Taliban.

But the continued occupation of US and NATO troops is not the answer. Kabul resident Zainab, age 26, says,

“The Afghan people don’t know what the US troops are doing here. Every day there are killings by explosions, drones, weapons. The US troops have just made a land of conflict so they can bring more guns and kill people in different ways. They have made [Afghanistan into] a poor country whose people are so tired of what is going on, and given more power to the Taliban. I think they should know that this country needs life, health, education and childcare. Women are so tired of military solutions. Also, they should know that here we need peace.

“I am a woman who hasn’t seen any change after these years. Still, we lose our families in war .I think only Afghans can bring peace to Afghanistan. I am very worried about women. When the Taliban get more involved and gain power, women will lose their rights, especially to education, and will go back to wearing the burqa. We will see more violence, we will not be able to get food or any basic needs. No one will hear women’s voices.”

“The current government might last for a while but many will still lose their lives, as people do these days. The impact of irresponsible withdrawal might be another civil war. Women won’t be treated as humans, schools and universities will close, people will migrate, and civil society organisations will vanish. On top of that, climate change will add to the problems. People already face a shortage of clean water.”

The idea that the NATO operation has tried to win ‘hearts and minds’ is completely disingenuous. There have been airstrikes and drone attacks, which are notorious for killing civilians – in 2019 aerial operations killed 700 Afghan civilians, while it has been found a drone strike is 10 times more likely to kill a civilian. Afghans fear US night raids, the torture centre at Bagram, the deliberate targeting and bombing of wedding parties, the bombing of hospitalssuch as the 2015 bombing of Médecins Sans Frontières in Kunduz, the ‘Mother of all bombs’ in Nangarhar… The list of war atrocities could go on and on. 20 years spent on violence and war, rather than peace and education.

One of my young Afghan friends calls me on WhatsApp: Gul Jamal, aged 25. I’ve known him for around 10 years: “Maya Jan, I am afraid my life will be taken, what do you think about me leaving the country, where should I go?” Another friend messages me; he and his young family have been lucky enough to get visas for the US. Meanwhile, our friends in a youth peace group in Kabul want to Skype to discuss chances of international scholarships and asylum. An email lands in my inbox: colleagues in the US have been contacted by another dear Afghan friend. He has asked for $6,000 so that he and his wife can flee to Turkey. Another young Afghan friend contacts me via Facebook: formerly a street kid in Kabul, now aged 15, he is living in India and in desperate need of employment. 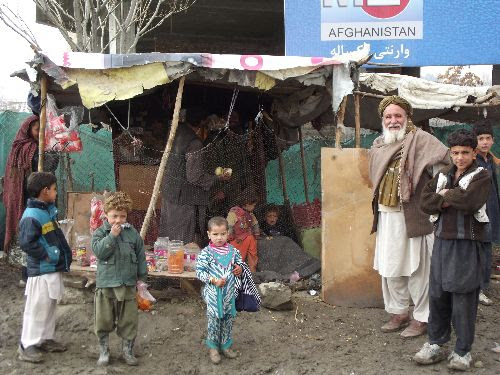 Afghanistan has been the US’s longest war. The cost has been $2.26 trillion, of which $143bn has been spent on reconstruction. There have been 71,000 civilian deaths as a direct result of the war. The military fatalities are 69,000 Afghan troops, 3,500 US and allied NATO troops, 3,800 private security contractors and 84,000 Taliban and other militia.

Today Afghanistan is one of the worst countries in the world for almost every quality of life index. There are 4 million internally displaced persons. There is a major water crisis, with only 27% of people having access to clean water. Due to climate change, snows are failing. The pumping of water for opium production also has a negative effect.

Around 10% of the population are addicted to opium. Some 90% of the world’s supply comes from Afghanistan.

The UN estimate 55% of children are malnourished. 68% of the population suffer from depression. The list could go on.

But still there is hope. My two friends Amir and Gulzar run peace projects in Bamiyan. They operate a peace art project and in the winter they run a street kids school and distribute solar pots so that poor people can cook food using solar power. 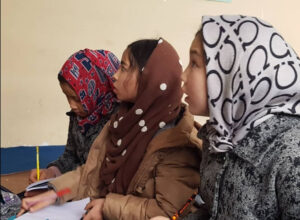 This is where the international funding should go, not to the ghost hospitals and schools which are the result of US contracts, or to the ineffective multi-million dollar Aid industry which saw 40% of the supposed Aid to Afghanistan go back to the donor countries in corporate profits and consultancy salaries, while in-country aid workers often never venture out of the heavily secured ‘green-zone’ in Kabul, a heavily secured bubble reserved for international workers.

The US and NATO are pulling out of Afghanistan, but they are not entirely leaving. Afghanistan remains important for geopolitical reasons, both for neighbouring China, as well as Iran and Pakistan. The country also contains at least a trillion dollars’ worth of rare earth metals.

The leverage the US will have over the Taliban to co-operate around these key interests will be in the form of drone strikes and aid-giving. One thing is for certain, the Afghan people will suffer further.

No doubt, after September 11th Afghanistan will drop out of the news and people will think it’s all over, but it won’t be. Continue to follow Afghanistan, and above all, campaign for reparations to be given to the people of Afghanistan.

Maya (Anne) Evans is a British peace campaigner who was arrested in October 2005 opposite the Cenotaph war memorial in London, for refusing to stop reading aloud the names of British soldiers who had been killed in Iraq following the 2003 Iraq war.

Anticopyright: Editorials and articles originated on TMS may be freely reprinted, disseminated, translated and used as background material, provided an acknowledgement and link to the source, TMS: The US Legacy in Afghanistan, is included. Thank you.