The US Needs to Break China’s Siege Mentality 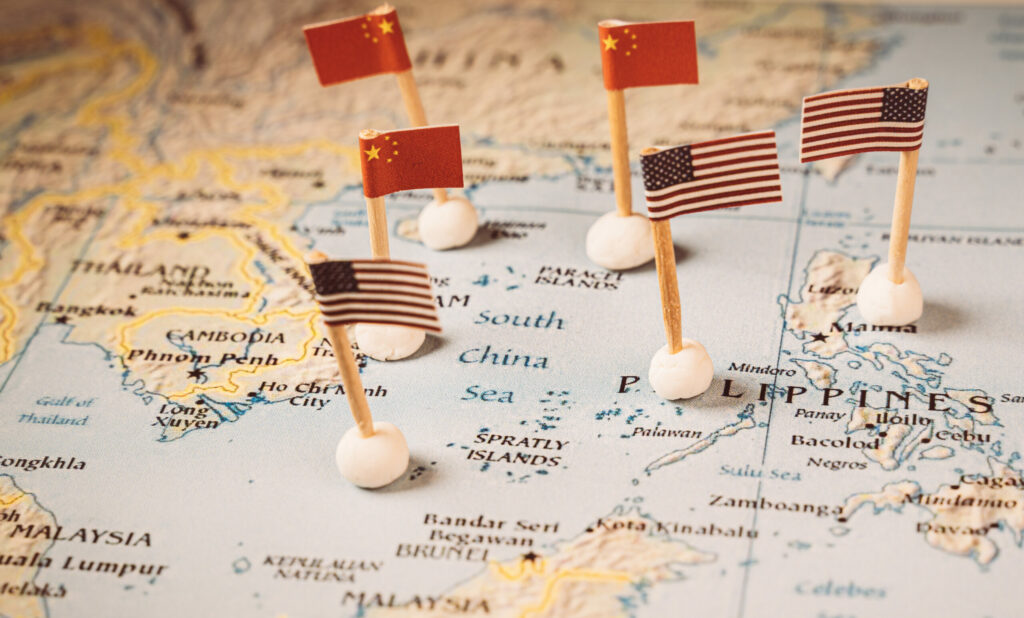 30 Jul 2021 – High-level U.S. and Chinese officials met in the city of Tianjin earlier this week, and during the meeting, Chinese Vice Foreign Minister Xie Feng laid out China’s grievances with the United States. Among the main complaints he made, Xie listed U.S. sanctions on top party officials, visa restrictions on party members, restrictions on Confucius Institutes and Chinese companies, and the extradition demand for Huawei Chief Financial Officer Meng Wangzhou.

Much like the clash at the Anchorage summit earlier this year, the meeting between Xie and U.S. Deputy Secretary of State Wendy Sherman began with extensive criticisms from the Chinese side, and the meeting ended up resolving none of the outstanding issues between the two governments. For its part, the State Department released a readout that also amounted to little more than a litany of complaints. U.S.-Chinese relations seem to be trapped in a downward spiral of hectoring and sanctions from our government and aggrieved lashing out from theirs. It is imperative that the United States finds a way to break out of this pattern and stabilize the relationship before it deteriorates further.

The intensifying Cold War-like rhetoric in Washington has encouraged China’s siege mentality reflected in Xie’s remarks. The Biden administration’s decision to frame the relationship as part of a “contest with autocrats” and the tendency to cast a wide range of foreign and domestic policy issues in terms of competition with China have both also contributed.

Xie noted that latter tendency: “The U.S. side talks about China at every turn, and it seems as if it is unable to speak or do anything if it does not involve China.” It’s not surprising that the Chinese government has interpreted the administration’s China policy in sharply adversarial terms such that Xie reportedly told Sherman that U.S. policies were a “thinly veiled attempt to contain and suppress China.” Many Western China hawks would like to tear away the veil and leave no doubt.

Xie was quoted in a statement from the Chinese foreign ministry identifying the root of the problems with the relationship, and he said that “[t]he foundational reason is that some people in the U.S. are treating China as an ‘imagined enemy’.” The growing hawkish consensus around China policy in Washington has provoked a similarly overwrought nationalist reaction in the Chinese government. Hard-liners in both countries thrive on the mutual recriminations and suspicions that have come to define the relationship, and they must be delighting in the miserable state of U.S.-China diplomacy.

China’s siege mentality was already on display to some degree in President Xi Jinping’s speech marking the Chinese Communist Party’s centenary. China hawks were quick to seize on Xi’s warning that other governments should not oppress or subjugate China lest they end up with “heads cracked and bleeding” as evidence of Beijing’s aggressive intentions, but what it really showed was the extent to which the Chinese government sees itself as being surrounded and threatened from the outside. Insofar as U.S. policies in East Asia are being cast in terms of a new anti-Chinese containment policy, that fuels fear that the United States seeks to encircle and weaken them, and that in turn encourages China to behave more combatively.

Australia’s outgoing secretary of foreign affairs and trade, Frances Adamson, called attention to this siege mentality last month in a speech in Canberra: “Few really grasp that this great power is still dogged by insecurity as much as driven by ambition. That it has a deeply defensive mindset — perceiving external threats even as it pushes its interests over those of others.” The last thing that the United States and its allies should be doing to a major power that has such a siege mentality is to hound it and corner it at every turn, but that is exactly what the hawkish anti-China consensus would have our government do.

There are some things that the Biden administration could do to help make Beijing feel less under siege that would not require making major changes to policy. One would be to drop the democracy vs. autocracy framing of its foreign policy, which does little to advance the cause of democrats anywhere but makes U.S. diplomacy less flexible in our government’s dealings with authoritarian states.

Another would be to give up on the “rules-based order” rhetoric, which comes across as equal parts hypocrisy and arrogance in most parts of the world. The United States and China are bound to have some significant disagreements, but those disagreements can be managed more productively if they are handled as bilateral issues rather than test cases of China’s submission to a U.S.-led “order” that China views as illegitimate and arbitrary.

It may be difficult for Biden administration officials to stop using this language, since it is so thoroughly embedded in their worldview. If they would like to build a working relationship with Beijing to address issues that affect the whole world, this is the least they can do. It is possible that the anti-China consensus in Washington wouldn’t tolerate much more than that in any case.

Biden is unlikely to satisfy any of China’s demands for “remedial” action. He would face enormous criticism for agreeing to any sanctions relief for Chinese officials, and he has so far shown no inclination to lift sanctions even when it might lead to a successful diplomatic outcome.

Even so, the administration should take Xie’s list of grievances seriously when considering future actions against China, and it should be careful about imposing sanctions that it knows it will probably never be able to lift. Punitive measures have had no effect on Chinese government behavior, but they have stoked plenty of resentment and hostility. Our government will presumably dismiss Xie’s list of grievances out of hand, but it should recognize that the demands that Washington makes of other countries seem similarly outlandish and unreasonable. The United States is unaccustomed to being on the receiving end of such demands, and China evidently wants our government to understand that they think turnabout is fair play.

The U.S.-Chinese bilateral relationship is arguably the most important international relationship in the world. The nature of that relationship will likely determine the shape of much of the rest of this century. The hardening conventional wisdom in Washington that the United States has been too accommodating to China for the last 30 years is leading our government down a treacherous path of confrontation that both countries will likely come to regret. The United States should not want and cannot afford to court major power conflict with a country as large and powerful as China.

The poor state of the relationship with China right now is just a foretaste of what we can expect if there is a full-blown militarized rivalry between our governments. It is up to Americans to demand that our leaders steer the Washington away from that course. Ultimately, the United States needs to break with the idea that its relationship with China is a zero-sum competition. Until that happens, the risk of U.S.-Chinese tensions moving towards disastrous conflict will remain unacceptably high.

Daniel Larison is a contributing editor at Antiwar.com and former senior editor at The American Conservative magazine. He has a Ph.D. in History from the University of Chicago. Follow him on Twitter @DanielLarison and at his blog, Eunomia, here.

Responsible Statecraft is a publication of the Quincy Institute for Responsible Statecraft. It provides analysis, opinion, and news to promote a positive vision of U.S. foreign policy based on humility, diplomatic engagement, and military restraint. RS also critiques the ideas — and the ideologies and interests behind them — that have mired the United States in counterproductive and endless wars and made the world less secure.