What Went Right This Week: Empathy in English Channel, Plus More Positive News

29 Jul 2021 – A UK charity criticised for rescuing refugees saw a 2,000 per cent increase in donations, a tool was launched to help endangered species, and Montenegro saw its first same-sex marriage, plus more positive news. 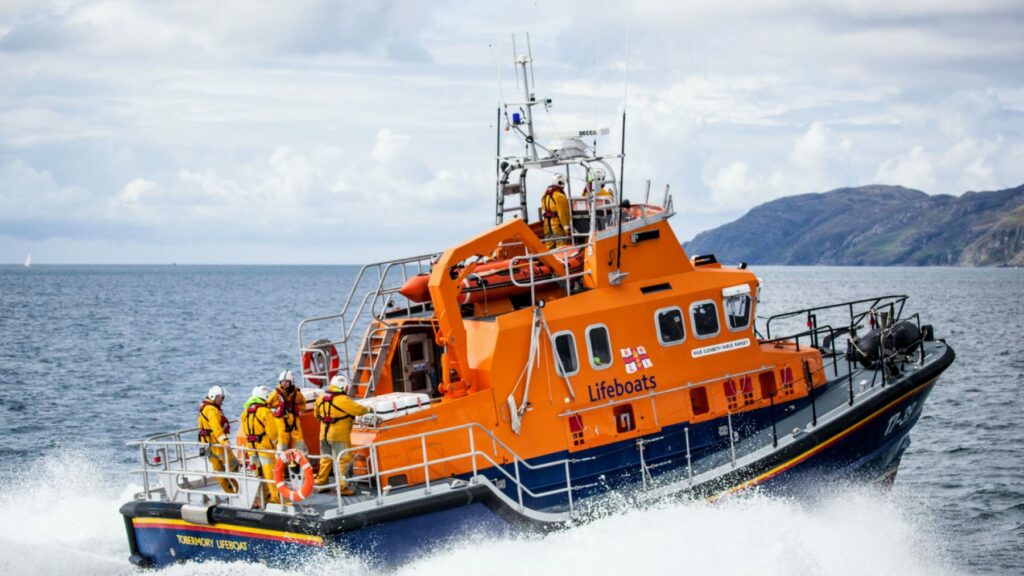 A UK charity that saves lives at sea saw a 2,000 per cent increase in donations on Wednesday, after it was criticised by an anti-migrant politician for rescuing refugees in the Channel.

The Royal National Lifeboat Association (RNLI) was described by Nigel Farage as a “taxi service for illegal trafficking gangs”, after the charity released footage of it intercepting refugees, including children, at sea.

Farage’s comments sparked an outpouring of public support for the RNLI, which reported a 2,000 per cent increase in donations on Wednesday (raising £200,000 in one day). The charity said it was “overwhelmed” by the response, and that its mission was to “save everyone”.

The RNLI has no role in immigration enforcement or border control. Its volunteers hand over responsibility for anyone rescued to the authorities when they reach land.

Since June, New York City has been sending social workers instead of police officers to some nonviolent emergency calls as part of a trial. Data released this week suggested the pilot is showing promise.

The Behavioral Health Emergency Assistance Response Division (B-HEARD), responded to 138 calls in the first month of the trial. Of those, a reported 50 per cent resulted in someone going to hospital, compared to 82 per cent for traditional 911 responses.

The data also revealed that people accepted assistance from B-HEARD teams in 95 per cent of cases, compared to 82 per cent for regular 911 call outs.

B-HEARD is one of a number of programmes in the US experimenting with sending alternatives to law enforcement officers for nonviolent emergencies. It comes as the US reckons with police violence and systemic racism, brought into fresh focus by the death of George Floyd.

For years, scientists have put much emphasis on how close endangered species are to extinction, rather than how well they are recovering. In line with this is the International Union for the Conservation of Nature’s (IUCN) red list — a regularly updated risk assessment of imperilled wildlife.

This week the IUCN launched a green list to highlight how close creatures are to recovering their original population size. The metric, a decade in the making, has been used to assess 181 species.

The California condor (pictured) is one of them. The bird is classed as critically endangered on the red list, but a green status assessment found that,with ongoing support, its population could recover to 75 per cent of its original size by the end of the century.

Dr Molly Grace, of the IUCN, said the new metric “provides evidence that conservation works, giving cause for optimism and impetus for stronger action.”

On the subject of red lists, Africa’s largest rainforest reserve was removed from Unesco’s register of threatened sites on Monday.

Salonga National Park in the Democratic Republic of Congo (DRC) is home to rare bonobos and forest elephants (pictured), which have been the subject of conservation efforts in recent years.

“Regular wildlife monitoring shows that bonobo populations remain stable within the reserve despite past pressures, and that the forest elephant population has slowly begun to recover,” said Unesco.

Salonga was placed on the danger list in 1999 owing to concerns about poaching, pollution and oil prospecting. The DRC has reportedly cancelled oil permits in the park. However, plans are afoot for crude projects at other ecologically sensitive sites in the country. Conservationists are calling for them to be cancelled too.

The milestone is a progressive step for the conservative nation, where the LGBT community has suffered harassment and isolation in the past.

In what was a first for the US, a county in Washington state has banned all new fossil fuel infrastructure, including oil refineries and coal-fired plants.

“While we will still have these dinosaur facilities already here it will be more challenging for them to expand,” council member Todd Donovan told the Guardian. “The future is clearly in renewable energy.”

A sea-powered turbine, which its makers say is the most powerful in the world, has started producing electricity in Orkney, Scotland.

Orbital Marine Power’s turbine can generate enough green energy to power 2,000 homes. The submarine-like facility is anchored out at sea and connected to the grid via an underwater cable.

More than 1,000 landowners in East Anglia have agreed to take part in an ambitious rewilding project, led by three farmers.

Schools, councils, churches, energy companies and farmers are among those who have pledged to make space for nature on their land. Their plots can be viewed on a new map, dubbed the ‘map of dreams’.

It’s all part of the Wild East campaign, which wants to expand East Anglia’s natural habitats by 20 per cent (roughly 250,000 hectares) by 2070.