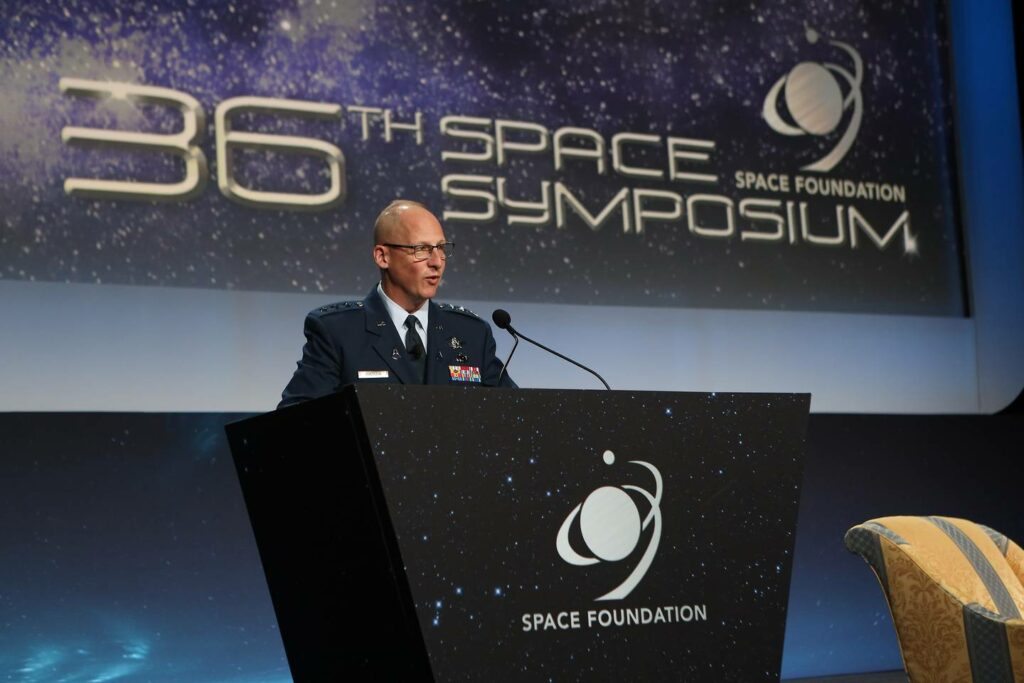 The organization is set to design and implement a new architecture for America’s military satellites.

The head of Space Systems Command said his organization is fully embracing the digital transformation.

Space Force, Lockheed Are Ready to Start Making the Nation’s New Satellites to Watch for Missiles

Kendall is vetting candidates to serve as assistant Air Force secretary for space acquisition and integration.

Dickinson: US Space Command Is on ‘Good Glide Path’ to Full Operational Capability

In an exclusive interview at the Space and Missile Defense Symposium, Gen. James Dickinson, the first commander of U.S. Space Command, talks about where he is in a drive toward full operational capability and the challenges he faces in establishing the new organization.

Anticopyright: Editorials and articles originated on TMS may be freely reprinted, disseminated, translated and used as background material, provided an acknowledgement and link to the source, TMS: Military Space Report, is included. Thank you.