The informal deal offers common ground with Beijing and a blow to Myanmar’s hopes of legitimacy. 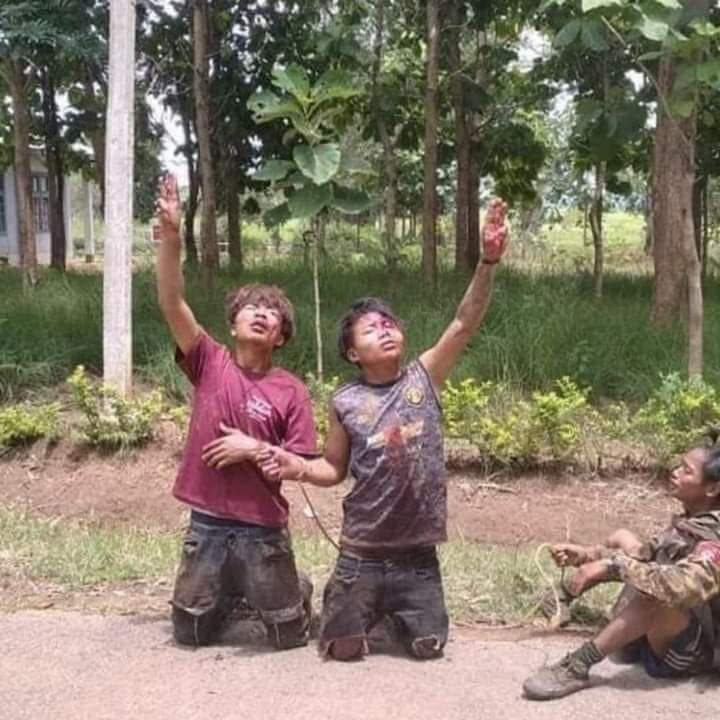 13 Sep 2021 – The United States and China have brokered an agreement that will effectively block Myanmar’s military rulers from addressing the United Nations’ General Assembly next week, according to diplomats, dealing a blow to the junta’s quest for international legitimacy after it took power in a coup earlier this year.

But the pact—which was hammered out during weeks of behind-the-scenes diplomatic negotiations—will require Myanmar’s defiant, still-serving U.N. ambassador who represented the previous government to hold his tongue during the high-level event, refraining from the tough rhetoric he deployed last year in denouncing the military’s power grab. It will also delay any effort by Myanmar’s rulers to press for U.N. membership to recognize it as the legitimate government in Myanmar, at least until November.

The arrangement, which was described by multiple diplomatic sources and representatives of advocacy groups familiar with internal deliberations, has been informally endorsed by representatives of the European Union, members of the Association of Southeast Asian Nations, and Russia. It comes as the U.N. General Assembly plans to announce the appointment of a nine-member panel on U.N. credentials on Tuesday, which will be charged with determining the rightful U.N. representative of Myanmar. The committee will be chaired by weden and include representatives from Bhutan, the Bahamas, Chile, China, Russia, Sierra Leone, South Africa, and the United States.

The United States and its European allies were concerned that a country sympathetic to the military regime’s claims might appeal to the credential committees to take up the matter before its first scheduled meeting in November. They are hoping to delay any decision on Myanmar’s representation as long as possible, preserving a diplomatic stalemate that ensures Myanmar’s current ambassador, Kyaw Moe Tun, will maintain his right to Myanmar’s U.N. seat. “We’re interested in keeping the status quo as long as we can,” said one diplomat from a country involved in the discussions.

In a brief telephone interview, Kyaw Moe Tun confirmed that international negotiations are underway to determine how to move forward on Myanmar’s U.N. seat. He said he would “most likely not” deliver an address to the U.N. General Assembly, even though the list of speakers for the assembly includes Myanmar along with other countries that face questions about their diplomatic standing, such as Afghanistan, Guinea, and North Korea.

“We are still waiting for some sort of outcome from the discussions within the credentials committee,” Kyaw Moe Tun added. Myanmar nationals hold a candlelight vigil, in remembrance of anti-coup protesters killed in Myanmar, outside the UN headquarters in Bangkok on March 4.
Lauren DeCicca/Getty Images

The deal involved an arrangement in which U.N. member states would agree to put off any discussion in the U.N. Credentials Committee of the military junta’s diplomatic status until after the U.N.’s annual diplomatic jamboree. In the meantime, Kyaw Moe Tun, who has faced death threats since publicly breaking with the military regime, has agreed not to address the assembly during the session or sit in Myanmar’s seat in the General Assembly. In the telephone interview, Kyaw Moe Tun did not confirm whether Myanmar’s seat will remain empty during the high-level debate. But he said, “now, everything is OK with regard to my security.”

In August, the United States arrested and accused two Burmese citizens with conspiracy to assault and possibly kill Kyaw Moe Tun. The alleged plan—which involved tampering with the ambassador’s car—involved a Thai weapons dealer who did business with Myanmar’s military, according to court papers.

This behind-the-scenes diplomacy sheds light on how the United States and its allies are seeking to maintain pressure on the ruling junta in the aftermath of the military coup that ousted the elected government in February. It also reflects how seemingly simple logistical matters—such as who gets credentials to speak at an event—can turn into tricky diplomatic battles at the United Nations. The agreement to freeze the military junta out of U.N. deliberations also provides fresh evidence that the United States and China are looking to find areas of diplomatic cooperation, even as they clash over a range of other matters, including China’s detention of millions of Uyghur Muslims in labor and reeducation camps in Xinjiang, a policy the Biden administration has characterized as genocide.

Discussion on the fate of Myanmar’s diplomatic representation will be put off until at least November, when the U.N. Credentials Committee will convene to consider a request by Myanmar’s military regime to install its chosen envoy to represent Myanmar at the world body.

“What we are hearing, and this seems to be increasingly solid, is that the credential committee will defer. They will say they can’t draw a firm conclusion now, and that will encourage [Kyaw Moe Tun] to stay on,” said Richard Gowan, the U.N. representative at the International Crisis Group. But Kyaw Moe Tun will not represent the country’s National Unity Government, made up of ousted Burmese leaders and anti-coup protesters.

“Apparently, there has been a quiet gentleman’s agreement that the current ambassador will keep a low profile during [this] high-level week and won’t use it as an opportunity to attack the regime,” Gowan added.

Myanmar’s military rulers seized power on Feb. 1, jailing senior government leaders, including then-Burmese leader Aung San Suu Kyi, after her party won an overwhelming election victory. The military claimed it removed the ruling National League for Democracy (NLD) party from power in February because it ignored allegations of fraud in the country’s elections last November. International observers at the time described the elections, where the NLD soundly defeated the military-backed Union Solidarity and Development Party, as mostly free and fair.

Kyaw Moe Tun refused to recognize the new regime, denouncing it in an emotional address before the U.N. General Assembly. Flashing the three finger symbol of the Burmese resistance, Kyaw Moe Tun urged the international community to use “any means necessary” to restore democracy in Myanmar.

The United Nations logo at the UN Headquarters in New York.
Angela Weiss/AFP via Getty Images

The credentialing matter emerged as one of many diplomatic proxy battles for Myanmar’s new rulers as they try to garner international legitimacy after the coup. Human rights organizations and prominent civil society activists in Myanmar have called on the international community to pressure the junta to withdraw from its power grab and reinstate the former government.

“The military junta has no democratic legitimacy: It is unable to establish government functions, it does not have effective control over the territory of Myanmar, and it is a persistent perpetrator of international crimes,” wrote more than 350 Myanmar and international civil society groups in a letter to the U.N. Credentials Committee last week.

But there is growing fear that aftershocks from the coup could trigger a civil war. Earlier this week, the National Unity Government aligned with deposed leader Aung San Suu Kyi, calling for support in a “people’s defensive war” to challenge the junta’s rule. A new spate of violence in recent days between the military and opposing militias killed at least 20 people, Reuters reported.

Despite the fighting, the United Nations has yet to table a resolution on Myanmar’s situation, with China and Russia still keeping ties with the regime in Naypyidaw. Some in Washington see the effort to keep the junta away from the U.N. gathering as a key step to denying it further international legitimacy.

“It would be useful to ensure that the Tatmadaw [military] does not have representatives at the U.N., as you know, because I think that gives them automatic credibility,” said one congressional committee aide, speaking on condition of anonymity. “It’s something we don’t want to see.”

The former government was widely condemned by the international community for not preventing the country’s military from orchestrating a widespread ethnic cleansing campaign against its Muslim minority population, prompting hundreds of thousands of Rohingya refugees to flee to neighboring Bangladesh. Even so, protests swept through the country following the coup, and the military unleashed a massive campaign to crack down on demonstrators, which left an estimated 1,000 people dead and thousands more detained.