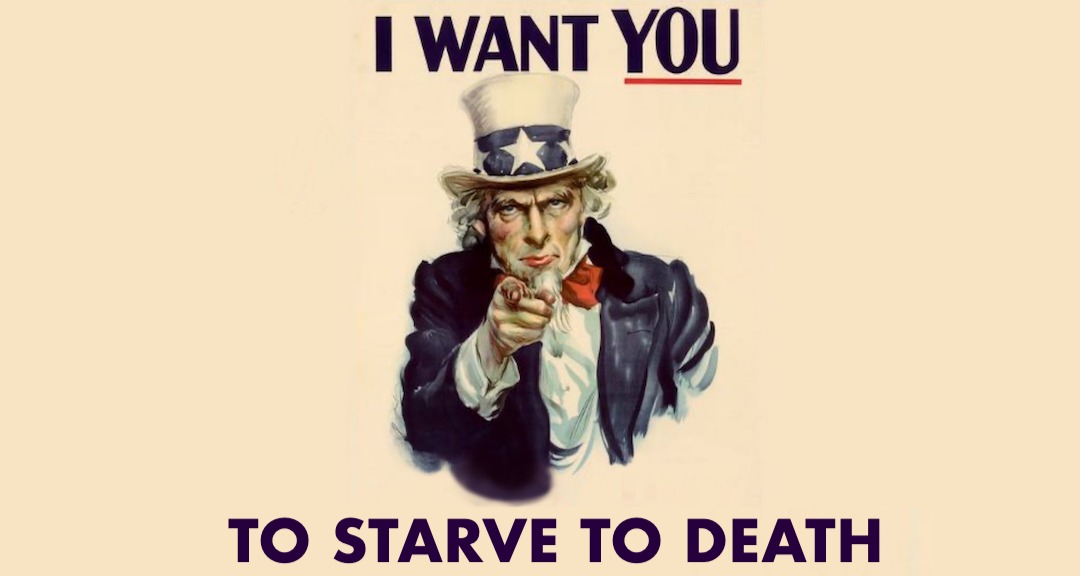 17 Oct 2021 – The globally influential propaganda multiplier news agencies AP and AFP have both informed their readers that a “fugitive” has been extradited to the United States.

“Fugitive businessman close to Venezuela’s Maduro extradited to US,” reads the AFP headline.

“Alex Saab, a top fugitive close to Venezuela’s socialist government, has been put on a plane to the U.S. to face money laundering charges,” AP announced on Twitter.

You’d be forgiven for wondering what specifically makes this man a “fugitive”, and what that status has to do with his extradition to a foreign government whose laws should have no bearing on his life. The Colombian-born Venezuelan citizen Alex Saab, as it happens, is a “fugitive” from the US government’s self-appointed authority to decide which populations on our planet are permitted to have ready access to food. His crime is working to circumvent the crushing US sanctions which have been starving Venezuelan civilians to death by the tens of thousands.

Absolutely shameful that @AP is describing a Venezuelan diplomat being kidnapped by the US as a "fugitive." https://t.co/52AxFOFB80

Saab is being extradited from the African nation of Cabo Verde where he has been imprisoned since last year under pressure from the US government. In an article published this past May titled “Alex Saab v. The Empire: How the US Is Using Lawfare To Punish a Venezuelan Diplomat“, Roger D Harris explains how the US uses its domination of the international financial system to crush nations which disobey it and outlines the real reasons for Saab’s imprisonment, which has included torture and draconian living conditions. Harris writes:

Special Envoy and Ambassador to the African Union for Venezuela Alex Saab was on a humanitarian mission flying from Caracas to Iran to procure food and gasoline for the Venezuelan CLAP food assistance program. Saab was detained on a refueling stop in the African nation of Cabo Verde and has been held in custody ever since June 12, 2020.

Saab’s “crime” — according to the U.S. government, which ordered the imprisonment — was money laundering. That is, Saab conducted perfectly legal international trade. Still, his circumventing of the U.S. sanctions – which are designed to prevent relief to the Venezuelans – is considered by Washington to be money laundering.

After a two-year investigation into Saab’s transactions with Swiss banks, the Swiss government concluded on March 25 that there was no money laundering. Saab is being prosecuted because he is serving his country’s interest rather than that of the U.S.

News agencies like AP and AFP are well aware that Saab is being extradited not for breaking any actual law but for daring to transgress Washington’s unilateral sanctions. As FAIR’s Joe Emersberger wrote back in July:

Reuters (3/15/21, 3/18/21) has casually reported that Saab “faces extradition to the United States, which accuses him of violating US sanctions,” and that he has been “repeatedly named by the US State Department as an operator who helps Maduro arrange trade deals that Washington is seeking to block through sanctions.” A Reuters article (8/28/20) about Saab’s case in 2020 mentioned in passing that “the United States this month seized four cargoes of Iranian fuel bound for Venezuela, where fuel shortages are once again worsening.”

Also a worrying sign for the case of Julian Assange— another foreign citizen the US has essentially kidnapped and held hostage https://t.co/aBVcWI8E3Z

Critics of the US empire have had harsh words for the extradition.

“Biden, picking up Trump’s baton, has kidnapped Venezuelan diplomat Alex Saab for the crime of trying to feed Venezuelans in defiance of US sanctions designed to prevent that,” tweeted journalist Aaron Maté. “Venezuelans aren’t allowed to eat so long as the D.C. Mafia has marked their government for regime change.”

Yes indeed. The US government has appointed itself the authority to unilaterally decide which of the world’s populations get to eat and which do not, and to imprison anyone who tries to facilitate unauthorized eating in a US-sanctioned nation.

“The extradition of Venezuelan diplomat Alex Saab is a clear signal the Biden Administration has made no break with Trump’s all out assault on international law,” tweeted journalist Anya Parampil. “Also a worrying sign for the case of Julian Assange— another foreign citizen the US has essentially kidnapped and held hostage.”

“The US rogue state just ripped up every international law, after imprisoning and now extraditing Venezuelan DIPLOMAT Alex Saab. Diplomatic immunity is dead; the US empire killed it. Now all foreign diplomats are fair game to be kidnapped and imprisoned, if Washington wants to,” tweeted journalist Ben Norton, adding, “The US accusations of ‘money laundering’ are absurd and politically motivated. The US claims anyone who violates its ILLEGAL sanctions is a ‘criminal’.”

Indeed, “money laundering” is a vague charge which basically just means trying to conceal the source or destination of money that is deemed to have been obtained illegally, and since the US government considers itself the arbiter of what financial transactions are lawful in nations it is sanctioning, it can apply that claim to anyone who tries to get around US sanctions financially.

The US government does not deny that its sanctions hurt Venezuelans by attacking the economy they rely on to feed themselves, in fact it has openly admitted that “sanctions, particularly on the state oil company in 2019, likely contributed to the steeper decline of the Venezuelan economy.”

The US government also does not deny that the starvation sanctions it has inflicted upon Iran are directed at its civilian population, with then-Secretary of State Mike Pompeo openly admitting in 2019 that Washington’s economic warfare against that nation is designed to pressure Iranian civilians to “change the government,” i.e. make them so miserable that they wage a domestic uprising to topple Tehran.

The US government also does not deny that the starvation sanctions it has inflicted upon Syria are designed to hurt its civilian population, with current Secretary of State Tony Blinken reaffirming just this past Wednesday that it is the Biden administration’s policy to “oppose the reconstruction of Syria” as long as Assad remains in power. In other words the US will not allow Syria the funds to help rebuild itself from the devastating regime change proxy war the US and its allies waged against it, even as the UN reports that 60 percent of the nation’s population is close to starvation.

And of course there’s the US power alliance’s horrific blockade on Yemen which is murdering people by the hundreds of thousands via starvation and disease, with the UN reporting that a further 16 million people are “marching towards starvation.”

Starvation is the only kind of warfare where, because of the continual reframing of mass media propaganda, it is considered perfectly normal and acceptable to deliberately target a civilian population with deadly force.

Last month, the UN warned that 16 million Yemenis are currently “marching towards starvation” due to the US-backed Saudi war on Yemen. https://t.co/fkefzYQtQX

The US empire is entirely open about the fact that it sees itself as the gatekeeper of the world’s food supply. If a population disobeys the empire its people will starve, and anyone who tries to obtain food for them will be arrested by US proxies and extradited to a US jail cell.

This is the imperialist’s vision of heaven on earth. A world where America’s stranglehold over global financial systems allows it to choke off entire populations if their governments disobey imperial decrees, without even firing a shot. A world where the PR nightmares of bombed civilians and destroyed nations are a thing of the past, where disobedient nations can simply be squeezed to death by modern siege warfare tactics while imperial propaganda firms like AP and AFP blame their starvation on their nation’s leaders.

That’s ultimate power right there. That’s total control. Having the world so bent to the will of the almighty dollar and the massive military force with which it is inextricably intertwined to such an extent that disobedience becomes impossible. That’s what’s being fought for in the slow motion third world war that the empire is waging against unabsorbed governments like Venezuela, Syria, Iran, Russia and China. And that’s why those unabsorbed governments are fast at work moving away from the dollar in response.

It should really go without saying, but a power structure that would openly starve civilians to death to ensure global domination is not the sort of power structure that humanity should want dominating the globe. The willingness to do such monstrous things exposes a depravity and a lack of wisdom which has no business determining what direction our world should take into the future.