After Afghanistan, Time to Review and Reset ASEAN & International Policies towards Myanmar

27 Oct 2021 – The vicious dialectic of “failed international policies AND failed Myanmar state”, will need to be placed at the right, left and centre of the new international policy debates on Myanmar. Repeating the same strategy of dangling the sweet discourse of mediation before the intransigent mass-murderous generals of Myanmar without the serious stick of international accountability will simply not do. 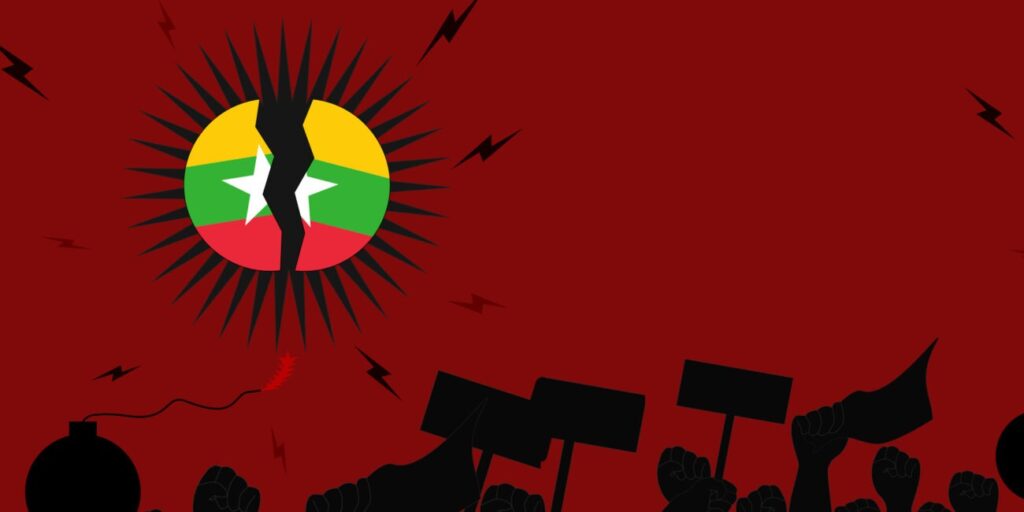 Since the universally opposed February coup that toppled the re-elected populist government of Aung San Suu Kyi, and subsequent violent implosion of Myanmar’s civilian bureaucracy and the multi-ethnic and multi-class society at large, one typically hears of UN, media and INGO discourses about Myanmar as a “failed” or “failing state”.

Crucially, for policy makers globally, this spectacular failure of Myanmar as a political state of UN and Association of Southeast Asian Nations (ASEAN) – however one defines it – must be seen accurately for what it is: the mirror reflection of the categorical failures of the international policies, including “peace building”, towards the fundamentally military-controlled unitary state and the multi-ethnic society, or ethnic nations.

Myanmar: Not a “Failed State” Overnight

The established pattern of international impunity – which Myanmar’s criminal military regime has taken for granted – has resulted in this sordid affair in Myanmar, with continuing spill-over diplomatic, demographic and destabilizing impact on other neighbouring UN member states such as Thailand, Bangladesh, and Malaysia.

From the Security Council and ASEAN, the European Union, to the powerful external actors such as China and USA, the international community have failed to hold to account Myanmar as a UN member state, a business partner and a strategic ally, breaking multiple inter-state treaties including the Genocide Convention and committing crimes against humanity when citizen-journalists livestreamed the crimes being perpetrated against protesters, as well as children, women, innocent bystanders in broad day light.

To its credit, and regardless of its motives, the regional bloc of ASEAN has in effect acknowledged that the business-as-usual approach to Myanmar affairs is not working even in pursuit of its own group mission and the interests of individual members with varying degrees of military, strategic and commercial ties with Myanmar and its most powerful domestic actor – the military regime. The unprecedented exclusion of the coup junta head, Min Aung Hlaing, from this week’s ASEAN Summit of heads of states, is a radical break from the grouping’s founding principle of ‘Non-Interference’ adopted in 1967.

The Malaysian Foreign Minister has reportedly urged fellow ASEAN ministers to do some “soul-searching”, when he “stated the fact that we cannot use the principle of non-interference as a shield to avoid issues being addressed.”

Indeed, the business-as-usual approach towards Myanmar is no longer serving even the business interests of external actors. ASEAN members including Malaysia, Singapore, Thailand, Vietnam, and Indonesia have substantial business ties with Myanmar, with Singapore leading the pact with its $24 billion trade and investment portfolio, in addition to serving as Myanmar military’s primary money-launderer.

In his official address to the ASEAN Summit today even Cambodia’s autocratic leader Hun Sen felt compelled to say that the coup regime’s “lack of cooperation” with the group will “regrettably” make “ASEAN-Minus One (that is, without Myanmar)” in the coming Asia-Europe Meeting.

Dr Maung Zarni is a scholar, educator and human rights activist with 30-years of involvement in Burmese political affairs, Zarni has been denounced as an “enemy of the State” for his opposition to the Myanmar genocide. He is the co-author (with Natalie Brinham) of the pioneering study, “The Slow Burning Genocide of Myanmar’s Rohingyas” (Pacific Rim Law and Policy Journal, Spring 2014) and “Reworking the Colonial-Era Indian Peril: Myanmar’s State-Directed Persecution of Rohingyas and Other Muslims” (The Brown Journal of World Affairs, Fall/Winter 2017/18).