“The Trial of Julian Assange” – A Book by Nils Melzer 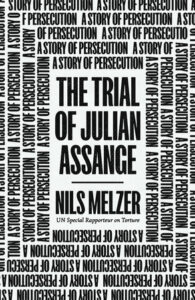 The shocking story of the legal persecution of WikiLeaks founder Julian Assange and the dangerous implications for the whistleblowers of the future.

In July 2010, WikiLeaks published Cablegate, one of the biggest leaks in the history of the US military, including evidence for war crimes and torture. In the aftermath Julian Assange, the founder and spokesman of WikiLeaks, found himself at the center of a media storm, accused of hacking and later sexual assault. He spent the next seven years in asylum in the Ecuadorian embassy in London, fearful that he would be extradited to Sweden to face the accusations of assault and then sent to US. In 2019, Assange was handed over to the British police and, on the same day, the U.S. demanded his extradition. They threatened him with up to 175 years in prison for alleged espionage and computer fraud.

At this point, Nils Melzer, UN Special Rapporteur on Torture, started his investigation into how the US and UK governments were working together to ensure a conviction. His findings are explosive, revealing that Assange has faced grave and systematic due process violations, judicial bias, collusion and manipulated evidence. He has been the victim of constant surveillance, defamation and threats. Melzer also gathered together consolidated medical evidence that proves that Assange has suffered prolonged psychological torture.

Melzer’s compelling investigation puts the UK and US state into the dock, showing how, through secrecy, impunity and, crucially, public indifference, unchecked power reveals a deeply undemocratic system. Furthermore, the Assange case sets a dangerous precedent: once telling the truth becomes a crime, censorship and tyranny will inevitably follow.

The Trial of Julian Assange is told in three parts: the first explores Nils Melzer’s own story about how he became involved in the case and why Assange’s case falls under his mandate as the Special Rapporteur on Torture. The second section returns to 2010 when WikiLeaks released the largest leak in the history of the U.S. military, exposing war crimes and corruption, and Nils makes the case that Swedish authorities manipulated charges against Assange to force his extradition to the US and publicly discredit him. In the third section, the author returns to 2019 and picks up the case as Ecuador kicks Assange out of the embassy and lays out the case as it currently stands, as well as the stakes involved for other potential whistleblowers trying to serve the public interest.

“This is a landmark book, the first by a senior international official to call out the criminality of Western governments, and their craven media echoes, in the persecution of Julian Assange. Mark the word, persecution, says Nils Melzer, as well as ‘our’ responsibility for the ravages inflicted on an heroic man for telling forbidden truths and on democracy itself.” 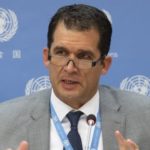 Prof. Nils Melzer is the Human Rights Chair of the Geneva Academy of International Humanitarian Law and Human Rights. He is also Professor of International Law at the University of Glasgow. On 1 Nov 2016, he took up the function of UN Special Rapporteur on Torture and Other Cruel, Inhuman or Degrading Treatment or Punishment. Prof. Melzer has served for 12 years with the International Committee of the Red Cross as a Legal Adviser, Delegate and Deputy Head of Delegation in various zones of conflict and violence. More…

Anticopyright: Editorials and articles originated on TMS may be freely reprinted, disseminated, translated and used as background material, provided an acknowledgement and link to the source, TMS: “The Trial of Julian Assange” – A Book by Nils Melzer, is included. Thank you.