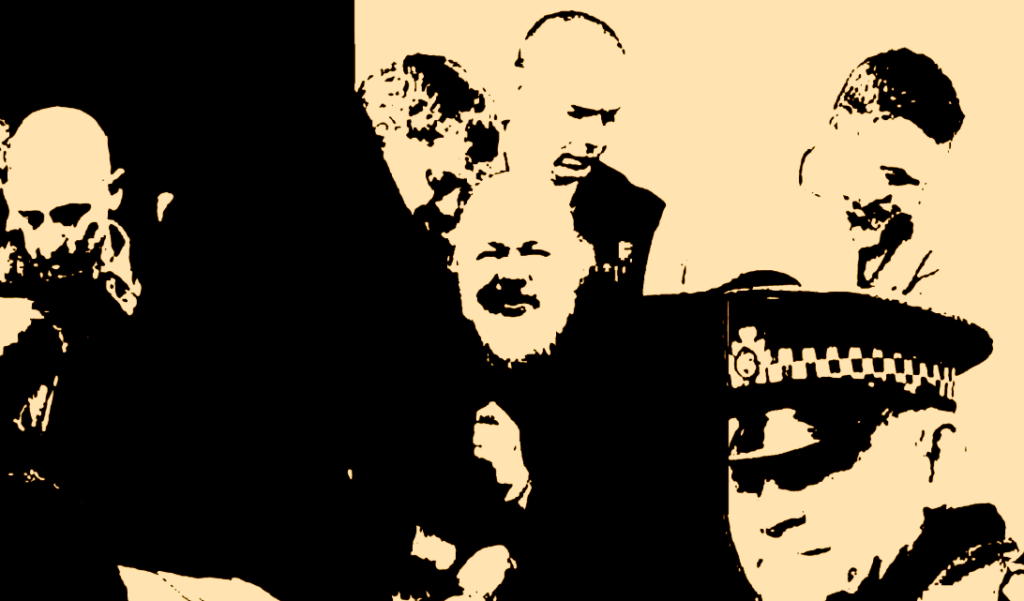 16 Dec 2021 – One of the most common reasons I hear from people on their reluctance to wade into the Assange debate is that they don’t understand it. It looks like a complicated issue to them, so they leave it to the experts.

In reality, the complexity of this case is a complete illusion. It’s very, very simple. It only looks complicated because many years of media distortion have made it appear so.

The US government is trying to extradite a journalist and prosecute him under the Espionage Act for exposing its war crimes, with the long-term goal of normalizing this practice.

That’s it. That’s the whole entire thing. So simple you can sum it up in a single sentence. In a single breath. The most powerful government on earth setting a legal precedent which would allow it to extradite any journalist anywhere in the world for exposing its malfeasance would unquestionably have a massive chilling effect on journalism everywhere in precisely the area where press scrutiny is most sorely needed. It’s not any more complex or nuanced than that.

The Assange issue is simple. What makes it seem complicated is the lies people have been fed by the media class whose job is to manipulate the public into consenting to the agendas of the US power alliance and its war machine.

Because of this mass-scale smear campaign, you will be told that Assange is “not a journalist” and should therefore not be defended as such. This is first of all objectively false; providing the public with factual information about the powerful which helps them understand their world better is the thing that journalism is, which is why Assange has received many awards for journalism. More to the point, Assange wouldn’t need to be a journalist for worldwide press freedoms to be gravely threatened by his prosecution for publishing authentic documents about the US government.

You will be told that Assange “helped Trump win” with WikiLeaks publications that harmed the 2016 Hillary Clinton campaign, and should therefore not be supported. But the Assange extradition case has nothing to do with the 2016 WikiLeaks releases; the entire case revolves around the Chelsea Manning leaks from years earlier about the US military’s scandalous abuses in Iraq and Afghanistan. More to the point, only the most infantile of narcissists would believe it’s legitimate to imprison people for hurting your preferred candidate’s political campaign.

You will be told that Assange is being prosecuted for “hacking” and not journalism because the US indictment alleges that Assange tried to help Manning crack a password while taking classified documents. But it does not allege that Assange made any attempt to help Manning gain access to those documents; the indictment says that Manning already “had access to the computers in connection with her duties as an intelligence analyst,” and that Assange’s attempts would only “have made it more difficult for investigators to determine the source of the illegal disclosures.” As explained in 2019 by journalists Glenn Greenwald and Micah Lee (the latter of whom happens to despise Assange), this means Assange was engaged in the standard journalistic practice of source protection. Anyone who says Assange tried to hack into US government servers is either lying or misinformed.

You will be told that Assange is a Russian asset because of still-unproven allegations by the US government that the Kremlin was behind the 2016 releases, but this claim is completely baseless and, again, completely unrelated to the 2010 Manning publications for which Assange is actually being prosecuted. No serious media publication has ever reported that the Assange extradition case has anything to do with the 2016 WikiLeaks publications, but because so many people heard Assange’s name mentioned during the mass media’s discredited Trump-Russia collusion narratives you’ll constantly see people assuming that one is related to the other.

Debunking All The Assange Smears

Here it is, the comprehensive debunking of the 27 most common smears against Julian Assange. This is an ongoing project, so if there's anything missing or inaccurate just let me know. #FreeAssange #ProtectJulianhttps://t.co/ZKGwFkh5p0

Do you see how that works? Do you see how what’s actually happening with the Assange case is extremely simple and easy to understand, but all the narratives justifying his persecution make it necessary to engage in a bunch of complicated counter-arguments? This obfuscation didn’t happen by accident, which is why I refuted as many such distortions as possible in this long article written after Assange’s imprisonment.

The most powerful government in the world trying to lock up a foreign journalist for telling the truth about it is as insanely tyrannical an abuse as you could possibly come up with. It’s as obvious as it gets. The Assange case is so simple and so common sense it should be one of the most mainstream, normie positions anyone could possibly have, right up there with believing racism is bad and child molesters should be stopped. It’s only because imperial spinmeisters muddy the waters with lies and distortions that this isn’t happening.

Everyone should oppose the agenda to normalize the imprisonment of journalists who embarrass the US empire. This shouldn’t be a job left to fringe bloggers, podcasters and YouTubers, it should be happening in every sector of society, across the entire political spectrum. The fact that a very large sector of the population fails to see this as a priority issue shows you just how brainwashed the empire’s propaganda engine has made us.