Asia-Pacific: Just 5% of the Region’s Population Owns 70% of Its Total Wealth

18 Jan 2022 – The Asia-Pacific region is experiencing growing inequality even while registering impressive economic growth and poverty reduction. Such sharp inequalities continue to be persistent in the region, with nearly 2 in 4 people still unable to afford a healthy diet. 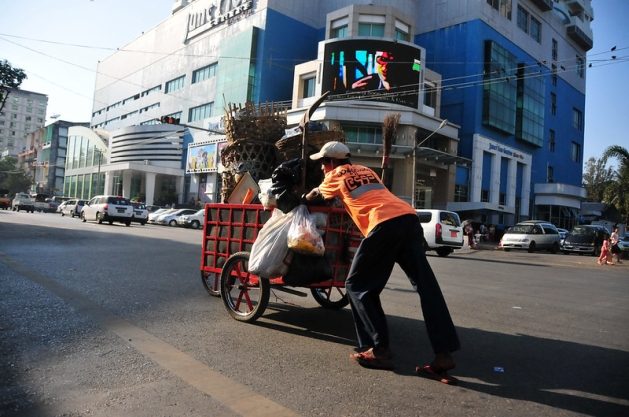 “The gains from socioeconomic development have favoured the wealthiest, with the wealthiest 5% of the population controlling close to 70% of total wealth in the region,” reports the Economic and Social Commission for Asia and the Pacific (ESCAP).

The Asia-Pacific region, comprising 58 countries and territories, has over the past few decades registered the fastest rate of economic growth globally and achieved gains in human and social development, informs the Commission.

“In the Asia and Pacific region, 1.9 billion people are unable to afford a healthy diet, driven by high prices of fruits, vegetables and dairy products, making it impossible for the poor to achieve healthy diets”

And it provides some examples: life expectancy has increased significantly. While poverty eradication efforts have released approximately a billion people from poverty, both income poverty and multidimensional poverty continue to exist alongside affluence within and between countries.

Despite these gains, “inequalities persist, with income, consumption and wealth concentrated among the top deciles of the population. Non-monetary inequalities exist between regions, gender, race, ethnicity, geography and age, as well as in access to services, including sexual and reproductive health services.”

The Asia-Pacific region is home to approximately 4.5 billion people, and its demographic landscape is diverse in terms of population growth and size, composition by age and sex, and spatial distribution, ESCAP explains in report about this region.

The largest world’s region’s multidimensional poverty is made up of several factors that constitute poor people’s experience of deprivation, such as poor health, lack of education, inadequate living standards, lack of income, disempowerment, poor quality of work and threat from violence.

“These circumstances often shape, accentuate and perpetuate inequalities in income and wealth.” For example, the outcome can be influenced by efforts made in education or the labour market.

The last category, inequality of impact, relates to the differential impact of certain events or phenomena, such as a natural disaster, on different groups.

The impact has often been greater on poor people, women, older persons, persons with disabilities and other marginalised groups.

The report also explains that poverty, inequality and high fertility are closely associated. Poor households tend to have many children owing mainly to lack of access to and knowledge of contraceptives, low autonomy among women, and the demand for children for economic or household support.

Contraception is less accessible to women who are poor, less educated and living in rural areas. These fertility differentials perpetuate inter-generational poverty and inequalities.

No decent jobs for the young

In countries where the number of youths seeking jobs is high relative to employment opportunities, and where their skills do not match market requirements, young people often cannot find decent jobs, ESCAP adds.

“The share of workers in unpaid jobs in Asia is twice as high for young people aged 15–24 as for adults aged 25–29 years.

“Workers’ fundamental rights, especially those of women and marginalised populations, have also been challenged by the rise in vulnerable employment, especially concentrated in agriculture, and affects women more than men.”

Migration, an escape from inequalities

“Migration often occurs as an escape from inequalities of opportunity, including decent work in home countries, or a flight from persecution, climate change, conflict or poverty. There is migration for marriage and domestic work too.”

Many migrants, however, face other forms of inequalities such as precarious working conditions, human rights abuses and irregular employment in their countries of destination. A considerable proportion of international migration within and from the Asia-Pacific region is irregular.

Female migrants are often victimised on the grounds of both being female and being migrants. They face labour exploitation, including confinement, lack of pay and lack of rest days. Undocumented female migrants also have no access to sexual and reproductive health services, explains ESCAP.

Another defining megatrend is internal migration, which has increased in volume in the past few decades.

According to the report, there has been unprecedented urbanisation as a result of a combination of natural population increase, rural-urban migration and reclassification.

“By 2050, two out of three people are expected to live in urban areas, with about 10% of the urban population living in megacities, and the rest living in medium-sized and small cities.”

Meanwhile, “approximately half of all urban dwellers in South Asia live in slums. In large countries such as Bangladesh, China, India, Indonesia, Pakistan, the Philippines, Thailand and Viet Nam, 30 to 60% of the urban population lives in slums.”

People in slums face such challenges as poor health conditions, lack of sanitation and risk of exposure to pollution, including high carbon emissions.

The Asian Development Bank reports that according to its Outlook 2020 report, tourism-driven economies—including the Cook Islands, Fiji, Palau, Samoa, and Vanuatu—were the hardest hit by the COVID-19 pandemic.

The Asia and Pacific region, alone, was expected to lose almost 70 million jobs and 1.1 trillion US dollars in GDP—more than any other region in the world.

Meanwhile, gender inequalities continue to be persistent in Asia and the Pacific. In particular in the Pacific, women and girls face fewer opportunities for development.

Gender inequalities also intersect and overlap with age, ethnicity, wealth status, and residence, inter alia. Many of these inequalities have been discussed earlier, such as the differential access to maternal health services by less educated, rural and poorer women.

For its part, the 2020 report: Asia and the Pacific – Regional Overview of Food Security and Nutrition provides an update on progress towards the 2030 targets at the regional and country level.

While the region continues to work towards ending all forms of malnutrition and achieving Zero Hunger, progress on food security and nutrition has slowed, and the Asia and Pacific region is not on track to achieving 2030 targets, warns the report, elaborated by the UN Food and agriculture Organisation (FAO), the World Food Programme (WFP), and the World Health Organisation (WHO).

About 350.6 million people in the Asia and Pacific region are estimated to have been undernourished in 2019, about 51% of the world’s total of undernourished people.

“An estimated 74.5 million children under five years of age were stunted and a total of 31.5 million were wasted in the Asia and Pacific region. The majority of these children in the region live in Southern Asia with 55.9 million stunted and 25.2 million wasted children.”

Estimates predict a 14.3% increase in the prevalence of moderate or severe wasting among children under 5 years of age, equal to an additional 6.7 million children, due to the COVID-19 pandemic.

With basic food prices and disposable incomes influencing household decisions on food and dietary intake, they are critical to improve food security and nutrition in the region, the joint report adds.

“However, in the Asia and Pacific region, 1.9 billion people are unable to afford a healthy diet, driven by high prices of fruits, vegetables and dairy products, making it impossible for the poor to achieve healthy diets.”