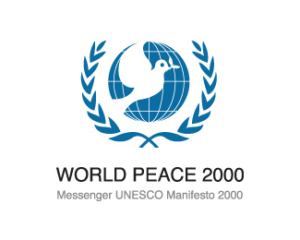 17 Apr 2022 – Copies sent to other government officials including Iceland, Portugal, and to individuals and influencers of current Russia-Ukraine peace negotiations. Please distribute further.

Let true patriotic heroes rise in Europe this Easter to renounce death and destruction in favour of peace, unity and prosperity. Let us see true leadership lead us from these days of darkness into a brighter future. Let history remember you as a great influencer of peace.

In the name of humanity, we call for an immediate ceasefire in Ukraine and for an international peace treaty laying foundations for establishing ECSA-Europe Collective Security Alliance.

Further escalation of the atrocities in Ukraine, discussions of expansion of NATO to the east, and continued economic warfare against Russia are undermining security in Europe and the world, even posing a threat to the collapse of our civilizations and the future of mankind.

It Takes Two to Make War – and to Make Peace

The Internationally recognized father of peace studies as a scientific subject and who correctly predicted the fall of the Berlin wall, Prof. Johan Galtung said:

“We seem to have come to the point that we ourselves, as the major cause of death and being wounded through violence and war, are our own worst enemies. It takes two to make war. And to make peace. If others do the same, those who do have achieved common security.”

There is a better way:  Europe Collective Security Alliance (ECSA)

Transform from a Dwarf to a Giant

We need leadership of intellect and maturity to transform Europe from dwarfs of war to giants of peace. It would be a misguided journey for Sweden and Finland to crawl into the rabbit hole of NATO war machine. The greater good for humanity needs to be our beacon.

In less than two months, the assault on Ukraine has traumatized millions of civilians forcing them out of their homes. Hundreds killed. Servicemen on both sides also maimed and killed, many were forcefully sent to fight an absurd war against their neighbours and friends.

Sanctions Are a Weapon of Mass Destruction

Sanctions are economic warfare that western nations have launched against the largest population in Europe. To expect this to lead to peace is an illusion of misguided leadership. It is a weapon of mass destruction against 146 million people, many innocent bystanders. The world must not reward aggression, but for very practical reasons, generous support needs to be waiting for Russia to stave off nationalism and extremism, thus avoiding a tragic repeat of Versailles in 1919, when a defeated Germany was punished so severely that it turned to revenge, rather than rebuilding its connections with the world.

We Are All in This Together

There can be no future peace in Europe without cooperation with Russia. We are all in this together. While the Ukrainian people are being bombarded into a living hell, the recursions are worldwide with skyrocketing food and energy prices threatening to spiral into a global hunger crisis.

Our real enemy is the armaments culture and the military industrial complex which is a dark force against democracy and a public enemy of mankind. Eisenhower’s worst fears came true. We invent enemies to buy the bombs.

We Need Diplomatic Leadership instead of Publicity Stunts

Western leaders are flocking to Ukraine for publicity stunts in the streets of Kiev promising increasing volume of weapons that are only good for causing more death and destruction. Where is the dialogue? The dialogue that needs to take place both in Ukraine and in Russia. The diplomacy to end this horror that has been brought upon us is the missing element.

Ukraine Must Have a Collective Security Agreement

“Ukraine must have a collective security agreement with all its neighbours with the participation of the world’s leading powers”.

This year marks the 40th anniversary of the Palme Commission Report on common security based on research by a panel of experts from around the world that was led by Swedish Prime Minister Olof Palme. They concluded with these words:

“International Security must rest on a commitment to joint survival rather than a threat of mutual destruction.”

“The basic idea of common security is not complex. It is that no country can obtain security, in the long run, simply by taking unilateral decisions about its own military deployment. This is because security depends also on the actions and reactions of potential adversaries. Security has to be found in common with those adversaries. In the words of the Palme Commission’s report, ‘States can no longer seek security at each other’s expense; it can be obtained only through cooperative undertakings’.”

We Have the Tools for Peace Building

We already have the know-how and the tools for establishing peace in Europe and the world. Now we need the political courage and determination to say STOP to further war mongering and to start implementing peaceful resolutions in favour of organized murder and genocide.

We call for an urgent meeting of European leaders to discuss with President Zelensky and President Putin a peace treaty that will transform into the Europe Collective Security Alliance (ECSA) as a path to resolving the underlying issues and securing lasting peace for Europe.

We call upon the leadership of Ukraine, Russia, Sweden and Finland and their allies to start negotiations without delay. We call for all world leaders and influencers to demand this on behalf of humanity. It is time to stop the fighting by all parties involved and give peace a chance in a united action against the man made dark force plaguing our beautiful planet.

If we can be of any assistance we remain at your disposal. Respectfully yours,

Anticopyright: Editorials and articles originated on TMS may be freely reprinted, disseminated, translated and used as background material, provided an acknowledgement and link to the source, TMS: Easter Call for Heroic Cease Fire, is included. Thank you.