Hinduism – The Secrets of the Vedas 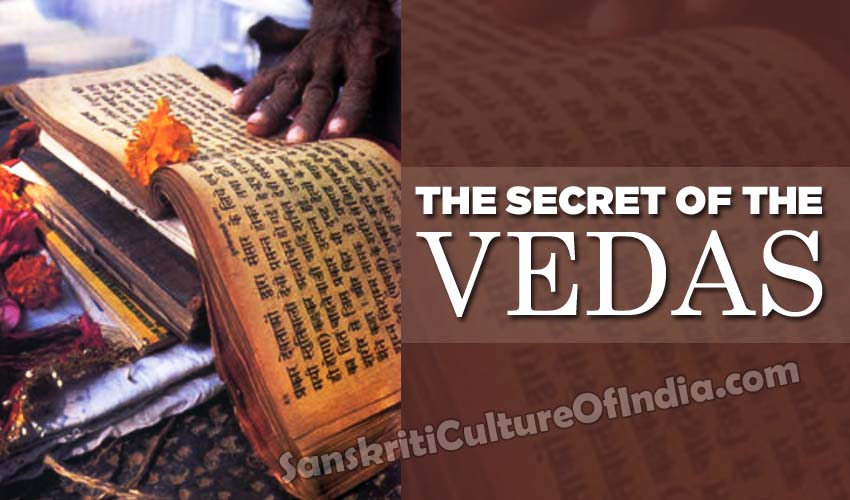 “One finds two theorems in modern science which have a profound spiritual echo, wrote in 1926 Sri Aurobindo, India’s avatar of the Modern Age:

“first that atoms are masses of swirling structures, like the solar system; and then that all the atoms are constituted of the same elements. If one considered these two theorems under their true light, they could lead science to new discoveries which are today unfathomable and in comparison of which the present realisations would look very primitive”.

And Sri Aurobindo to add:

“our ancient vedic rishis knew of a triple fire, which they had named agni: the ordinary fire – jada agni; the electric fire – vaidyuta agni; and the solar fire – saura agni. Modern science knows only these first two fires and the fact that the atom is like a solar system could lead them to the third discovery”.

This prophecy of course, came to be fulfilled when the Americans exploded their first nuclear device in the Nevada desert in 1944. But how could Sri Aurobindo have guessed twenty years before this momentous event, that solar heat is the result of a nuclear fusion and that nuclear power is locked in the atoms ?

Because seven thousand years ago, the Vedic rishis had experienced within themselves the different subtle properties of agni, the inner fire, which becomes solar, saura-agni ,w 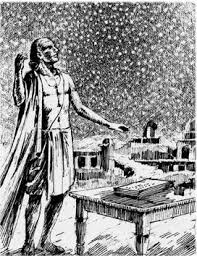 hen one reaches the supra-mental levels of consciousness and of which nuclear energy is only the most material manifestation.

“It is through agni that man can reach superior states of being and come into contact with the Gods: agni is the mouth of the Gods and it is through this mouth that they breathe”,

says the Shatapâ-brâhmana. Who then were these “sages” who may have already pierced the secrets of our universe many thousands of years ago?

“I seek not science, not religion, not Theosophy, but Veda – the truth about Brahman, not only about His essentiality, but also about His manifestation, not a lamp on the way to the forest, but a light and a guide to joy and action in the world, the truth which is beyond opinion, the knowledge which all thought strives after -‘yasmin vijnate sarvam vijnatam’ (which being known, all is known). I believe that Veda be the foundation of the Sanatana Dharma; I believe it to be the concealed divinity within Hinduism, -but a veil has to be drawn aside, a curtain has to be lifted. I believe it to be knowable and discoverable. I believe the future of India and the world depends on its discovery and on its application, not to the renunciation of life, but to life in the world and among men”. (India’s Rebirth, page 90)

Sri Aurobindo contended that Europeans have seen in the Vedas

“only the rude chants of an antique and pastoral race sung in honor of the forces of nature and succeeded in imposing them on the Indian intellect”.

But he insisted that a time must come

“when the Indian mind will shake off the darkness that has fallen upon it, cease to think or hold opinions at second and third hand and reassert its right to judge and enquire in perfect freedom into the meaning of its own scriptures”.

He argued that the Veda remains the foundation of Indian culture:

“the Veda was the beginning of our spiritual knowledge; the Veda will remain its end. The recovery of the perfect truth of the Veda is therefore not merely a desideratum for our modern intellectual curiosity, but a practical necessity for the future of the human race. For I firmly believe that the secret concealed in the Veda, when entirely discovered, will be found to formulate perfectly that knowledge and practice of divine life to which the march of humanity, after long wanderings in the satisfaction of the intellect and senses, must inevitably return.” (India’s rebirth, 94)

What is the Secret of the Vedas? First we have to discard the ridiculously early dates given by historians and bring it back to at least 4000 BC. Why did historians show such eagerness in post-dating the Vedas and making of them just a mumble-jumble of pagan superstition? Because it would have destroyed the West’s idea of its own supremacy: primitive barbarism could not possibly have risen to such high conceptions so early, particularly when the Westerners have started our era after the birth of Christ and decreed that the world began on 23rd October 4004 B.C…! Secondly, the Vedic seers, who had attained the ultimate truth, had clothed their oral findings in symbols and images, so that only the initiated would understand the true meaning of their aphorisms.

For the more ordinary souls, “those who were not yet twice born”, it meant only an outer worship which was fit for their level of spiritual evolution. The Vedic rituals, has lost its profound meaning to us. Therefore, as Sri Aurobindo elucidates, when we read: “Sarama by the path of the Truth discovers the herds”, the mind is stopped and baffled by an unfamiliar language. It has to be translated to us.. into a plainer and less figured thought:

“Intuitions by the way of Truth arrive at the hidden illuminations”. (India’s rebirth, 109) Lacking the clues, we only see in the Vedas a series of meaningless mouthings about the herds or the Sun. Sri Aurobindo remarks that the Vedic rishis “may not have yoked the lighting to their chariots, nor weighed sun and star, nor materialized all the destructive forces of Nature to aid them in massacre and domination, but they had measured and fathomed all the heavens and earth within us, they had cast their plummet into the inconscient and the subconscient and the supraconscient; they had read the riddle of death and found the secret of immortality; they had sought for and discovered the One and known and worshipped Him in the glories of His light and purity and wisdom and power”. (India’s rebirth, 116)

Ah, these are the two secrets of the Vedas, then, the reason why they have remained so obscure and lost their original meaning. Firstly, the Vedic rishis had realized that God is One, but He takes many faces in His manifestation; this is the very foundation of Hinduism. And Secondly, the Vedic rishis had gone down in their minds and their bodies all the way to the roots of Death, to that eternal question which haunts humanity since the beginning of times: why death? What is the purpose of living if one has always to die? Why the inevitable decay and oblivion? And there, in their own bodies, at the bottom rock of the Inconscient, they had discovered the secret of immortality, which Sri Aurobindo called later the Supramental and which he said was the next step in humanity’s evolution… “Not some mysterious elixir of youth, but the point, the spring where All is One and death disappears in the face of the Supreme Knowledge and Ananda.” (India’s rebirth, 95) 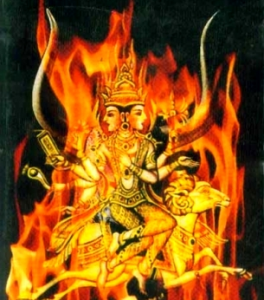 Is this then the work of a few uncivilized shepherds, who had colonized the poor Dravidians? No wonder the West cannot recognize the Vedas for what they are, the whole foundation of their moral domination would then collapse.

All the subsequent scriptures of Hinduism derive from the Vedas, even though some of them lost sight of the original Vedic sense. The Vedas are the foundations of Indian culture; the greatest power of the Vedic teaching, that which made it the source of all later Indian philosophies, religions, systems of yoga, lay in its application to the inner life of man. Man lives in the physical cosmos, subject to death and the falsehood of mortal existence.

To rise beyond death, to become one of the immortals, he has to turn from the falsehood to the Truth; he has to turn onto the Light, to battle with and conquer the powers of Darkness. This he does by communion with the Divine Powers and their aid; the way to call down these aids was the secret of the vedic mystics. “The symbols of the outer sacrifice are given for this purpose in the manner of the Mysteries all over the world an inner meaning; they represent a calling of the Gods into the human being, a connecting sacrifice, an intimate interchange, a mutual aid, a communion”.(Foundations of Indian Culture. p 145).

David Frawley, who is today the best Vedic specialist in the West, could not agree more:

“Ô Indians, your spiritual tradition, as it is encoded in the Vedas, represents the most precious treasure of the human race. Cherish it, support it, and above all share it with the entire world. For the Vedas are like a sun: in them you will find the key of all light, all life, all love and there is no individual or collective problem which cannot be solved by them.” (Arise Arjuna 221)