“Data was very easily used by influencers and decision-makers to fit particular narratives,” Norman Fenton, Ph.D., a mathematician at Queen Mary University of London, said in an interview on “RFK Jr. The Defender Podcast” 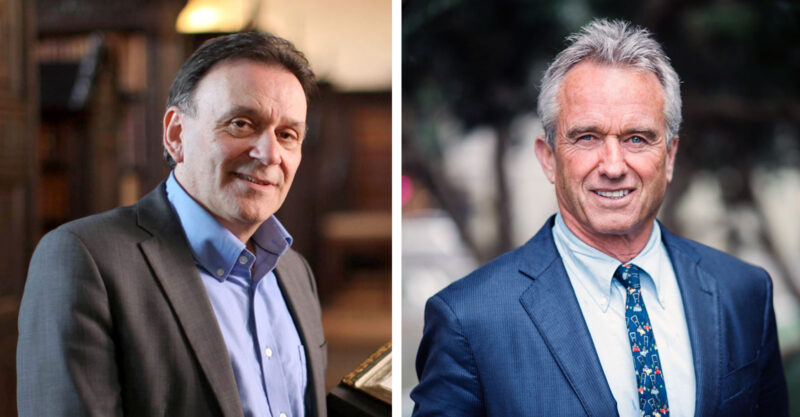 18 Apr 2022 – From the outset of the COVID-19 pandemic, Norman Fenton, Ph.D., could see health officials were misusing data and misleading the public.

A professor of risk information management at Queen Mary University of London, Fenton is a mathematician who focuses on critical decision-making and quantifying uncertainty.

Throughout the pandemic, he closely examined and criticized how officials used data to make decisions about lockdowns, testing and vaccines.

“When the COVID pandemic emerged, what kind of challenges did you specifically see?” Kennedy asked Fenton.

“It was clear I think from the start that most of the data that governments put out — not just the UK government, but most governments around the world … were kind of misleading because it was based on very easily manipulated statistics.”

This was true of both the nature of COVID itself and the vaccines, Fenton said.

“There was an immediate rush to draw conclusions, which were sort of based on over-simplistic data on case numbers and deaths,” he said.  “… the problem was that that data was very easily used by influencers and decision-makers to fit particular narratives that exaggerated the scale of the crisis.”

Fenton’s team published some of the first research providing more accurate estimates about the infection rate versus the fatality rate compared with official estimates he said were based on faulty data.

The research showed the virus was more widespread than people assumed, but nowhere near as dangerous as was being claimed.

“But later, of course, we discovered that wasn’t true. And the impact of that has been catastrophic,” he said.

Kennedy agreed. “The magnitude of [the epidemic] was enormously and deceptively amplified by the misuse of the PCR test,” he said.

Fenton first came under attack in the summer and early fall of 2020, when he challenged how COVID deaths were classified, he said, and questioned the widespread testing of asymptomatic people.

Information concerning deaths following COVID vaccination also was manipulated, Fenton said, as part of the official claim that the vaccine was the only way to keep people from becoming seriously ill and dying.

Data adjusted to take into account misclassification show a peak in mortality shortly after vaccination, he said, cautioning:

“Now, of course, it could well be that these are people who are indeed immunosuppressed seriously. Also … the vaccination might just be bringing forward the death, which would’ve occurred shortly afterward anyway.

“But nevertheless, that’s what we believe is there in the data, but is of course being hidden.”

Susan C. Olmstead is the assistant editor of The Defender.