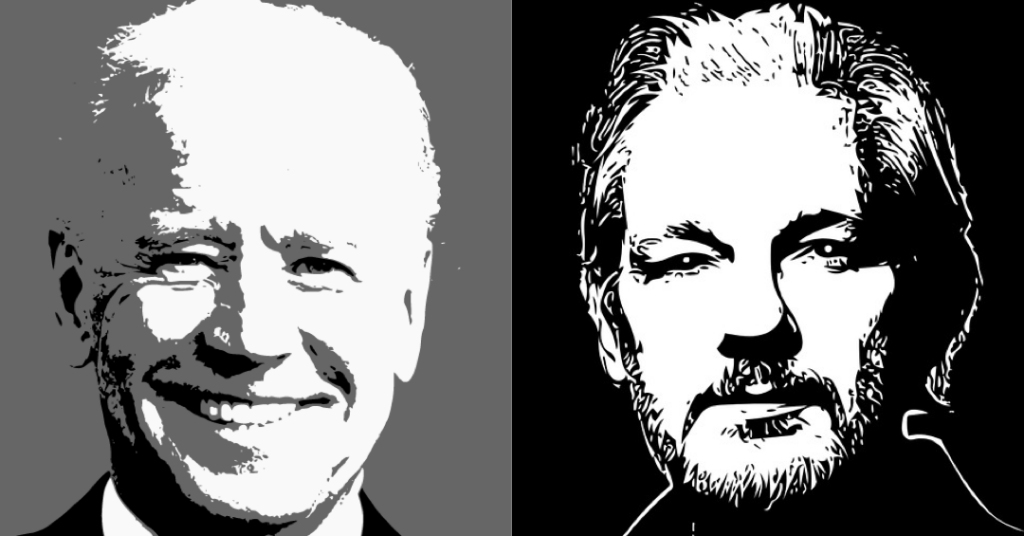 20 Apr 2022 – In what his lawyers have described as a “brief but significant moment in the case,” a British magistrates’ court has signed off on Julian Assange’s extradition to the United States, bringing the WikiLeaks founder one step closer to a US trial under the Espionage Act which threatens press freedoms worldwide.

The extradition case now goes to UK Home Secretary Priti Patel for approval, which will likely be forthcoming as Patel is a reliably loyal empire manager. After that point, Assange’s legal team will be able to launch an appeal.

“He is a war criminal,” President Biden said of Vladimir Putin following allegations of war crimes in Bucha, Ukraine earlier this month. “I think it is a war crime. … He should be held accountable.”

Assange faces a 175 year sentence if extradited for revealing this and other war crimes pic.twitter.com/DX0tgHAPa8

And that’s all I’d like to say here today, really. That this discrepancy is very interesting.

I mean, can we take a moment to deeply appreciate the irony of this? Because it’s so obscene and outrageous it’s actually hard to take in unless you really let it absorb. The most powerful government in the world, which serves as the hub of the most powerful empire that has ever existed, is working to extradite a journalist for exposing its war crimes while simultaneously rending its garments over war crime allegations against another government.

I mean, damn. You would think a power structure that had recently been caught red-handed committing war crimes and is currently in the process of imprisoning a journalist for exposing those war crimes would at least have the sense not to yell too loudly about war crimes for a little while. But this is how confident the empire is in its ability to control the narrative.

Really take it in. Really digest it. The more you think about it, the freakier it gets. Not only is the empire persecuting a journalist for exposing its war crimes while at the same time demanding that others be held accountable for war crimes, it is also attacking the free press for reporting the truth about the powerful while at the very same time engaging in a massive propaganda operation which holds that it is involved in Ukraine to protect its freedom and democracy.

Are people not tired of having their intelligence insulted like this? https://t.co/MA7T5N9SrO

I mean, the gall. The absolute temerity. The balls on this empire, man.

I have said it before and I will say it again: Assange exposed many ugly realities about the powerful in his work with WikiLeaks, but everything that he has managed to expose thereafter simply by forcing them to prosecute him far surpasses the revelations in those publications.