29 Apr 2022 – In the fascinating 60-minutes discussion, Professor Gren touched on various aspects of contemporary democracy in France, ranging from the sordid state of the Left and its “caviar socialists” and the increasing acceptability and mainstreaming of Far Right ideologies which Le Pen personifies, to the economic hardships that inflict immense pains on the great majority of the French public. 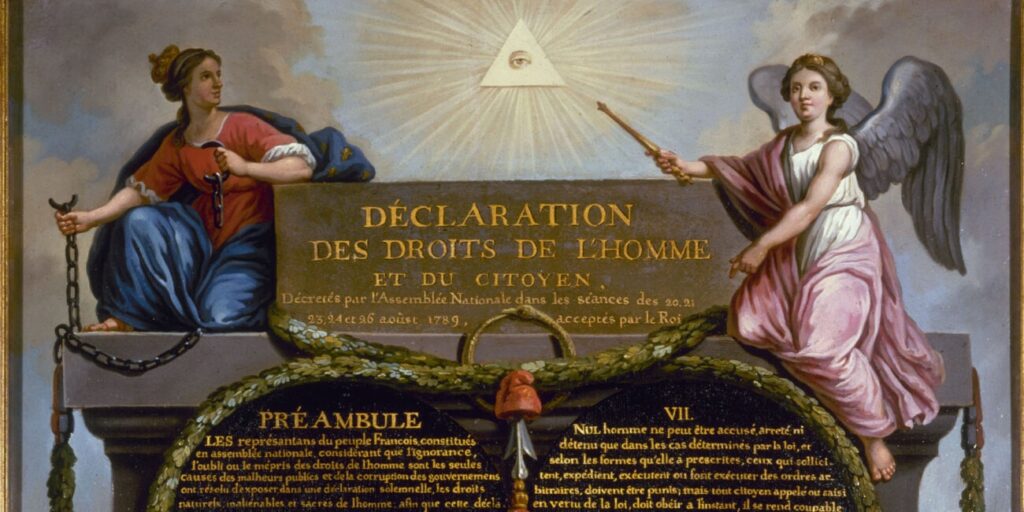 Professor Noam Chomsky, the renowned linguist and public intellectual, in his 20-minutes of remarks at the launch of FORSEA in Kuala Lumpur three years ago, offered a sobering overview of the history of what we call democratic struggles.

It is also useful to remember that democracy has always been a highly contested concept. It’s been feared and disdained among elites throughout the period of democratic revival in the world.  That’s been true, strikingly, in the great democratic revolutions.  The first of these was in England in the mid-17th century, leading finally to what’s called the Glorious Revolution of 1688 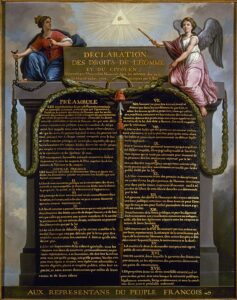 The basic principles that the French Republic must respect are found in the 1789 Declaration of the Rights of Man and of the Citizen.
Wikipedia Commons

Building on that critical take on the struggles for democracy from below, this week’s distinguished guest on our Dialogue on Democratic Struggles Series, Professor Marie Gren of the Pantheon-Sorbonne University in Paris, offered a feminist critique of the great democratic uprisings of 1789 – the French Revolution – which smashed the ancient feudal regime’s stranglehold of power and wealth.

She held up the example of Marie Gouze (1748-93) who dared to offered “Olympe de Gouges, The Declaration of the Rights of Woman“ (September 1791), in addition to or in place of the Declaration of the Right of Man.  For her courageous display of gender equality she was condemned as a counterrevolutionary, denounced as an “unnatural” woman and was beheaded under the guillotine in 1793.

So much for the Legacy of the (French) Enlightenment – and its revolutionary slogans of “Liberté, Egalité, Fraternité”.

Professor Marie Gren, public and constitutional law scholar at the Pantheon-Sorbonne, focused her analysis of France’s democratic struggle in the post-World War II period. She used the 7 important years as signifiers of important changes to the French democratic system, particularly state organs:

In the fascinating 60-minutes discussion, Professor Gren touched on various aspects of contemporary democracy in France, ranging from the sordid state of the Left and its “caviar socialists” and the increasing acceptability and mainstreaming of Far Right ideologies which Le Pen personifies to the economic hardships that inflict immense pains on the great majority of the French public, the popular rage and unpopularity of the incumbent President Macron, and the resultant and amorphous Yellow Vest protests that rocked France for months during the latter years of Macron’s first term.

Chillingly, despite the re-election victory by Macron, there are the French politicians who are even more to the right of Le Pen, which makes the 58-year French nationalist leader of the National Gathering party (renamed from the National Front) looks “moderate.”

She also addressed the complexities of what is considered “the French identity” in the face of the growing presence of French Muslims with immigrant backgrounds, who make up Europe’s largest concentration of Muslims.

While the FORSEA guest said she shares the egalitarian values and ecological sensitivities of the socialist party candidate and Paris Mayor Anne Hidalgo, Professor Gren is very critical of the ecologically driven policy approaches of the left candidates which force the great majority of working class French people to choose the Environment over their day-to-day economic survival.

Even Before France Votes, the French Right Is a Big Winner – “The dominance of right-wing ideas in France’s presidential election campaign follows years of cultural wars waged successfully by conservatives on television, in social media and in think tanks.” – By Norimitsu Onishi and Constant Méheut, April 7, 2022

The Far Right Is Here to Stay – And other lessons from the European Parliament elections – “Now, there is no choice but to admit that the populist far right is becoming a permanent feature of European politics.” – By Ivan Krastev, May 28, 2019