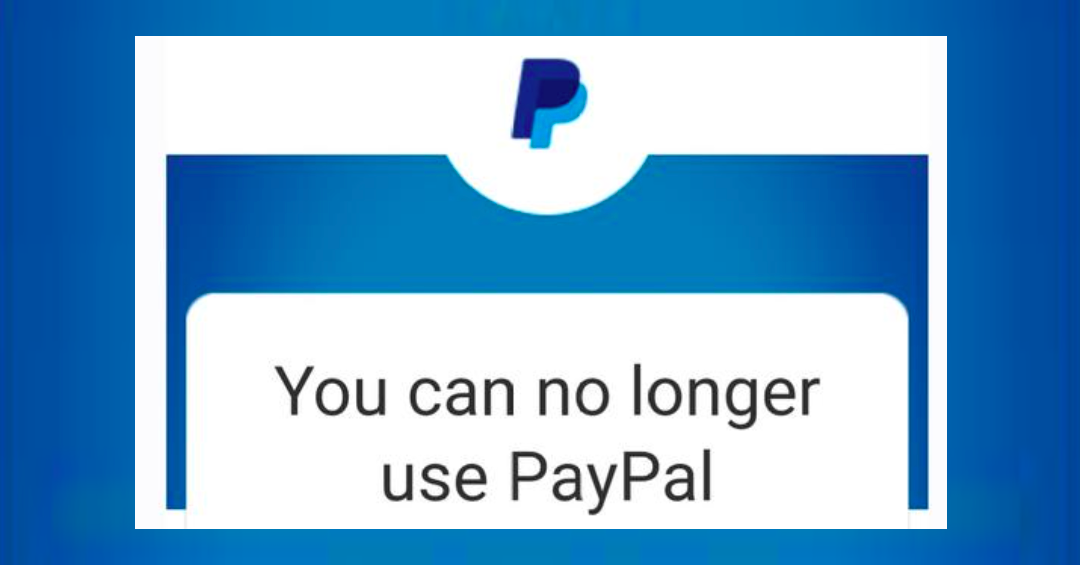 29 Apr 2022 – In what appears to be yet another escalation in Silicon Valley’s redoubled efforts to quash dissident voices since the beginning of the Ukraine war, PayPal has just blocked the accounts of multiple alternative media voices who’ve been speaking critically against official US empire narratives. These include journalist and speaker Caleb Maupin, and Mnar Adley and Alan MacLeod of MintPress News.

Just the other day MintPress published an excellent article by MacLeod titled “An Intellectual No-Fly Zone: Online Censorship of Ukraine Dissent Is Becoming the New Norm” documenting the many ways skepticism of the US government’s version of events in this war is being suppressed by Silicon Valley megacorporations, including financial censorship via the demonetization of YouTube videos that don’t regurgitate the imperial line on Ukraine.

Today, both MintPress and MacLeod have been banned from using the payment service that many online content creators have come to rely on to help crowdfund their work.

BREAKING: MintPress News & @AlanRMacLeod has been banned from PayPal for unspecified reasons.

MintPress News happens to have published critical journalism about PayPal itself in the past, like the articles it published in 2018 by Whitney Webb documenting the way shady PayPal-linked billionaires Peter Thiel and Pierre Omidyar have advanced the interests of the US empire and facilitated imperial narrative control, or this one from 2016 on how the company blocks Palestinians from opening accounts while showing no such bias against illegal Israeli settlers.

I asked MintPress News Executive Director Mnar Adley for comment on PayPal’s move. Here is her response in full:

“Paypal banning myself and MintPress is blatant censorship of dissenting journalists & outlets. For the past decade MintPress has been unapologetically working as a watchdog journalism outlet to expose the profiteers of the permanent war state from the wars in Iraq, Afghanistan, Libya, Somalia, Sudan to Apartheid Israel’s occupation of Palestine and Saudi Arabia’s genocidal war in Yemen to regime change operations in Syria, Ukraine and Venezuela where US weapons have flooded these nations to plunge them into devastating civil wars.

“In the era of a declining US empire, censorship has become the last resort of an unpopular regime and its forever wars to make the truth disappear and critical thinking all but dead. With the war in Ukraine raging on, we’ve entered war time and Big Tech giants, including Paypal, are working hand in hand with the New Cold War architects themselves to sanction dissenting journalists. If you read the board of any of these tech giants from Google, Twitter, Facebook and Paypal, they read like a rogues’ gallery of war mongers and their agenda is clear: To control the free flow of information and target the bank accounts of anyone who dares question the official narrative of the Pentagon or State Department.

“It is outrageous to be told that tech giants, which are run by those who directly profit from the New Cold war including the crisis in Ukraine, could limit any journalist’s ability to fund their work. Can you imagine if this was the norm in Russia, China or Iran? Our media would be screaming about free speech and first amendment rights. Yet, when we do it’s ok because it’s under the guise of fighting ‘Russian propaganda’.

“We’re living in an intellectual No-Fly Zone where online censorship of dissenting journalism has become the new norm. The US sanctions regime that is trying to starve Russia, Venezuela, Zimbabwe, Cuba and Iran and over 25% of the world’s population is now targeting its own citizens with its maximum pressure campaign so we are forced to toe the official government line in order to survive as a journalist in alternative media today.

“No matter the war waged against us, we refuse to be backed into a corner and bullied by tech giants who have a deep relationship with weapons manufacturers like Raytheon and Lockheed Martin and who work hand in hand with NATO that profit off the blood of millions of people around the world. The only way forward is for people to unite on a broader front of non-partisanship and fund our own media because there are more of us than there are of them.”

I am banned from PayPal. pic.twitter.com/GB6IrT80wq

PayPal has also banned Caleb Maupin, an American speaker and journalist whose work has already seen his personal Twitter account branded “Russia state-affiliated media” by the US state-affiliated platform.

“Why should something as basic as cash transactions be subject to political censorship?” said Maupin when asked for comment. “The economic war on independent countries is turning into a war on free speech. Writers and journalists must be able to eat.”

Indeed, a very effective way to silence unauthorized media voices is to make it difficult for them to earn a living making their voices heard. Speaking from experience I know for a fact I couldn’t put out a fraction of the content I put out if I was forced to work a 9-5 job in some office rather than having the freedom to put all my time and mental energy into this work thanks to the generous support of my readers. Cutting me off from that funding would be the same as censoring me directly, because there’s no way I could continue the kind of work I do.

We are at a profoundly dangerous and frightening point in human history. The US proxy war against Russia in Ukraine is escalating by the day and the drums of war are beating ever louder against China over the Solomon Islands and Taiwan. If you think censorship is bad now, wait until this global power grab really gets going.