Shitlibs Are Foam-Brained Human Livestock: Notes from the Edge of the Narrative Matrix 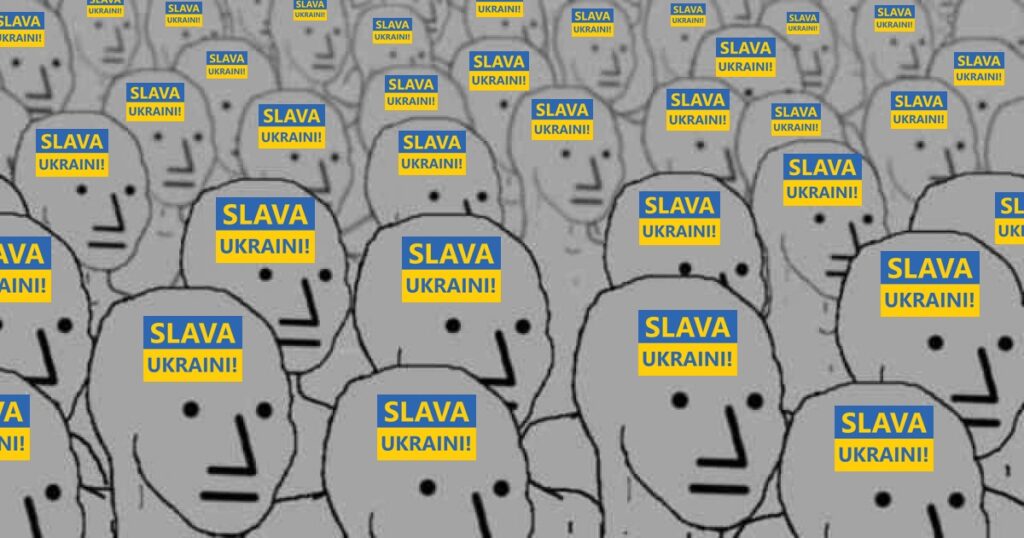 22 Apr 2022 – The hyperbolic language westerners use to describe fairly normal modern warfare in Ukraine suggests they’ve invested exactly zero thought in what their own governments have been doing in the middle east for the last two decades.

It’s like, yes, killing, violence and destruction is what war looks like. You’re describing the thing that war is. It’s creepy that you’re only just discovering this now. What did you think your government has been using to conduct its wars this whole time? Dank memes?

There’s only one government that is circling the planet with hundreds of military bases, continually working to destroy any nation who disobeys it, and has spent the 21st century killing people by the millions. It isn’t Russia. It isn’t China. One must account for this reality.

That’s tyranny. That is the thing that tyranny is. If it isn’t tyranny to bully and brutalize the entire world into obedience by any degree of violence necessary, then tyranny is a meaningless concept. The US just happens to export the majority of its tyranny outside its borders.

The RAND Corporation has responded to the way people have been highlighting its Pentagon-funded 2019 report on strategies for crippling Russia by attaching an editor's note declaring that people who do this are Russian propagandists.https://t.co/a4h0AhM5GX pic.twitter.com/o7QkfPkRc3

The fact that CNN+ couldn’t even get 10k people to pay for its content shows why Silicon Valley needs to tilt its algorithms to boost mainstream media content while hiding indie media: people only look at that bullshit when they’re forced to. If it wasn’t for Silicon Valley algorithm manipulation outlets like CNN would have died years ago.

Journalism would greatly benefit from its practitioners becoming far more disdainful of the approval of their peers, rather than seeking that approval like crack fiends. In journalism when you were respected by all the other journos it used to mean you were probably doing something right; now it’s a sure sign you are doing something wrong.

Can’t shake how weird it is that we’re hurtling toward nuclear annihilation and we’re still all babbling about Will Smith and face masks.

Future generations, if there are future generations, will look back in horror at the fact that we just let billionaire corporations not only profit from war but actively lobby for more war via think tanks, campaign funding and other influence ops.

The Pentagon has said the agreement could cause the Pentagon to destabilize the region. https://t.co/dviWPPSb6i

The fact that Australians are being pummeled with war propaganda about China combined with the freakishly hawkish alarmism about the Chinese security pact with the Solomon Islands should make all conscious Australians a bit nervous. If you don’t think the US empire would happily sacrifice Australia in a proxy war against a major rival, I suggest you take a closer look at Ukraine. Will Australians be sending our kids off to die fighting China over the Solomon Islands, or will it be over Taiwan? Find out in the next thrilling episode of Empire Management!

It doesn’t need to be this way. There’s no legitimate reason major powers need to compete with each other and wave armageddon weapons at each other and try to dominate each other. We can just all collaborate toward the greater good of everyone. This is all absolute madness.

I do hope those of you who hate China but started following my work because you like my Russia/Ukraine takes are not under the illusion that we are friends. We are enemies and I deeply despise you. When things heat up with Beijing I’m going to spend every waking hour trying to make you rage-cry.

When the ecosystem is dying because of economic systems which depend on infinite growth on a finite world, your choices are either (A) abandon those systems or (B) pray that sociopathic oligarchs somehow get us into space in the next few years. Guess which one we’re going with.

A healthy humanity would be free of the impulse to manipulate and exert control: over life, over people, over nature. But it would be so different from the humanity we know now that falling into that way of functioning would be a kind of death. And it would feel like a death.

Sometimes it seems like people want the world to end, want humanity to go extinct. I’d suggest that this may be a confused expression of an intuited truth: that there’s something good on the other side of ending all this. But it’s the end of our dysfunction, not of our species.