Kissinger Nails It. For Once. 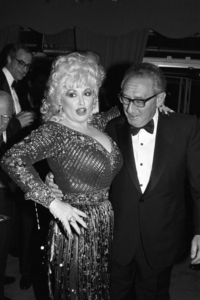 3 Jun 2022 – Do you know why Henry Kissinger’s speech at the World Economic Forum touched-off such a furor?

Kissinger didn’t criticize the way the war in Ukraine is being conducted or the lack of progress on the ground. No. What Kissinger criticized was the policy itself, that’s what triggered the firestorm. He was throwing a bucket of cold water on the people who concocted this loony policy by telling them to their faces that they “got it wrong.”

And, they did get it wrong, because the policy they are currently pursuing is hurting US allies and US interests. That is the metric we use to determine whether a particular policy is stupid or not and, unfortunately, this passes the “stupid test” with flying colors.

Let me explain: Our basic strategy is to “weaken” and “isolate” Russia by severing Russia’s economic ties with Europe and goading them into a long and costly quagmire in Ukraine. That’s the plan.

Now you might think that it sounds pretty reasonable but– according to Kissinger– it’s the wrong plan.

Because US National Security Strategy identifies China as America’s number one rival (which it certainly is) so, naturally, any policy that makes China stronger, runs counter to US strategic interests.

Got it? So, the question is: Does our proxy-war in Ukraine make China stronger?

And the answer is: Of course, it does. It makes China alot stronger because it forces Russia to strengthen relations with China.

It means that relations between the world’s manufacturing powerhouse (China) and the world’s second biggest producer of hydrocarbons (Russia) just got a helluva alot better because of Washington’s counterproductive war in Ukraine. That’s what it means. It also means that– as relations between the two countries improve– the pace of US imperial decline is going to accelerate as the non-dollar zone expands and bilateral trade gradually replaces the current US-dominated global trade system.

You can see this happening already. The war in Ukraine has triggered a shocking collapse in global trade, major disruptions in critical supplylines, unprecedented food and energy shortages, and the greatest redivision of the world since the breakup of the Soviet Union. Washington has decided to stake its future and the future of the American people on a senseless geopolitical gambit could turn out to be the greatest strategic catastrophe in US history.

Kissinger grasps the gravity of the situation which is why he decided to put in his two-cents. But he wasn’t just critical of the policy, he also offered an ominous warning that has been almost-entirely ignored by the media. Here’s what he said:

“Negotiations need to begin in the next two months before it creates upheavals and tensions that will not be easily overcome. Ideally, the dividing line should be a return to the status quo ante (…) Pursuing the war beyond that point would not be about the freedom of Ukraine, but a new war against Russia itself”.

There it is in black and white, but let’s break it into two parts to get a better sense of what he’s saying:

That might sound too apocalyptic for some, but I think Kissinger is on to something here. After all, look at the massive changes the world has already experienced since the conflict began; the disruptions in supplylines, the food and energy shortages, and the rolling-back of the globalization project. Pretty big changes, I’d say, but they’re probably just be the tip of the iceberg. The real pain is still ahead of us.

What is this winter going to look like when home heating bills go through the roof, industries across Europe succumb to the higher energy costs, unemployment soars to Great Depression levels, and rolling blackouts become a regular feature of life in the west? That’s what the future holds for Europe and America if the policy isn’t reversed and a negotiated settlement quickly reached.

Putin has already stated that Russia will not put itself in a position where it is economically dependent on Europe again. Those days are over. Instead, he is redirecting critical energy flows to China, India and beyond. Europe is no longer a priority customer, in fact, they have emerged as a threat to Russia’s survival, which means, Russia will continue to reorient its production eastward.

How will this impact Europe?

That’s easy. Europe is going to pay more for its energy that any country in the world. That is the choice they made by shrugging off Russia’s legitimate security demands, and that is the outcome they will have to live with.

So, here’s what you need to know:

If you think that those quantities of hydrocarbons can be replaced by producers in Nigeria, Iran, Saudi Arabia or some other far-flung location, you are sadly mistaken. Europe is walking headlong into the biggest energy crisis in its history, and it can only blame itself. Here’s more from an article at RT:

“The current energy crisis could be one of the worst and longest in history and European countries could be hit particularly hard, the head of the International Energy Agency, Fatih Birol, said on Tuesday. In an interview with German magazine Der Spiegel, Birol said that the fallout from the events in Ukraine is likely to make the current energy crisis worse than the crises of the 1970s.

Back then it was all about oil. Now we have an oil crisis, a gas crisis and an electricity crisis at the same time,” Birol told the publication, adding that before the ongoing events in Ukraine, Russia was “a cornerstone of the global energy system: the world’s largest oil exporter, the world’s largest gas exporter, a leading supplier of coal.”

As part of its Ukraine-related sanctions, the EU introduced restrictions on Russian fossil fuels and has pledged to gradually phase them out. Birol warned that countries in Europe that are more dependent on Russian gas are facing a “difficult winter,” as “gas may well have to be rationed,” including in Germany. His comments came as Russia’s state gas supplier Gazprom cut off supplies to some energy firms in Germany, Denmark, the Netherlands and other countries, after their failure to pay for the fuel in rubles as per new requirements.” (“Fuel rationing may be coming to Europe – IEA“, RT)

So, I guess, freezing to death in the dark is preferrable to insisting that Ukraine remain neutral and stop killing ethnic Russians in the east? Is that the “principal” that Europe is defending?

Here’s something to mull over: Did you know that all “oil blends” are not alike?

Why would that matter?

Because Germany currently imports 34% of its oil from Russia. And Russian oil is a fully-proven, high quality Urals blend that is delivered in vast quantities via the Druzhba pipeline to German refineries that have been engineered to meet particular processing requirements. Different oil from different providers would throw a wrench in the whole refinery process. It would require significant “modification of new feedstock lines and infrastructure, an atmospheric distillation facility, a vacuum distillation system, a cat-crack unit, a visbreaking facility, an alkylation unit, a catalytic reformer, an isomerisation unit, and an ethyl tertiary butyl ether (ETBE) facility. Plus brand new storage facilities + handling equipment for Rostock feed to substitute the 24x7x365 smooth Druzhba pipeline.” (“Germany’s Refinery Problem”, The Saker)

So, all oil blends aren’t the same?

Nope, not even close. On top of that, industry experts estimate that the refinery modifications would take roughly 6 years to complete. In the meantime, Germany’s economic growth– which is closely aligned with energy consumption– will dip dramatically, businesses will be shuttered, unemployment will spike, and the EU’s most powerful and productive country will be brought to its knees.

Maybe someone in the German government should have thought about these things before they decided to boycott Russia oil?

The point we’re trying to make is simple: Kissinger is right and the neocon clowns that concocted the failed Ukraine strategy are wrong, dead wrong. And, if we don’t convene “Negotiations… in the next two months”, as Kissinger advices, then the break with Russia will be final and irreversible, at which point, Russia’s voluminous energy resources, mineral wealth and agricultural products will be forever routed eastward to friendlier nations. And that is going to inflict terrible suffering on both the United States and its allies in Europe.

The only reasonable course of action is to call for an immediate ceasefire so that peace talks can begin ASAP.

Michael Whitney is a renowned geopolitical and social analyst based in Washington State. He initiated his career as an independent citizen-journalist in 2002 with a commitment to honest journalism, social justice and World peace. He can be reached at fergiewhitney@msn.com