A World of 8 Billion, Yes, but only a Few Are Seen as Human Beings (Part 1)

7 Jul 2022 – Far-right Brazilian president, Jair Messias Bolsonaro, was quoted a year ago or so as saying to a small group of indigenous people that they “now look a bit more like humans.” 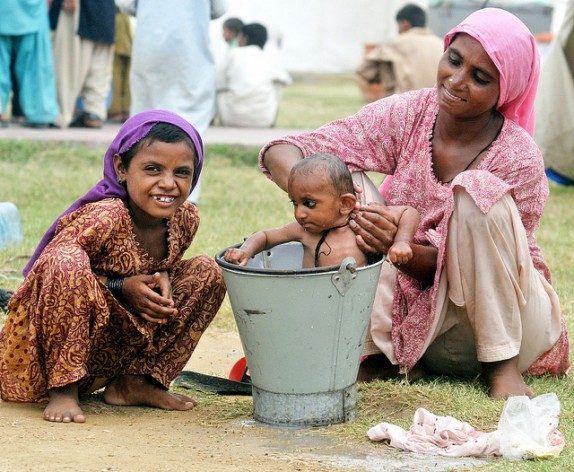 Since the middle of the 20th century, the world has experienced unprecedented population growth. The world’s population more than tripled in size between 1950 and 2020. Credit: Fahim Siddiqi/IPS

Tragically, a vast majority of this year’s record world population of 8 million is harshly neglected and seen as just disturbing numbers, if ever treated as such humans.

The world’s population has been growing too fast and, with it, the wave of staggering inequalities, human rights abuses and shockingly growing violence.

The facts about such a high speed population growth speak for themselves: for instance, it took hundreds of thousands of years for the world population to grow to 1 billion – then in just another 200 years or so, it grew seven-fold.

In short: the world’s population more than tripled in size in barely half a century, between 1950 and 2020.

This dramatic growth has been driven largely by increasing numbers of people surviving to reproductive age, and has been accompanied by major changes in fertility rates, increasing urbanisation and accelerating migration, explains the UN Population Fund (UNFPA).

These trends will have far-reaching implications for generations to come.

A good number of demographers may marvel at the advancements in health that have extended lifespans, reduced maternal mortality and child mortality and given rise to vaccine development in record time.

Others will tout technological innovations that have eased our lives and connected us more than ever. Still others will herald gains in gender equality, says the UN.

“But progress is not universal, throwing inequality into razor-sharp relief.”

“The world reached a particularly grim milestone in May: More than 100 million forcibly displaced worldwide.”

But the playing field is not and has never been even. Based on gender, ethnicity, class, religion, sexual orientation, disability and origin, among other factors, too many are still exposed to discrimination, harassment and violence, warns the United Nations.

In fact, world’s politicians and media, in particular those of the heavily industrialised countries, have long been ignoring the other side of the coin. See for example:

Who is behind the destruction of biodiversity? Obviously, those who have been making voracious profits by exploiting the essential infrastructure of all kinds of life on Earth, through their industrial intensive agriculture, the collection of genetic resources of flora and fauna to register them as their own “property”, the production of genetically modified food, and the over-use of chemicals.

They are also the big timber business destroying forests, inducing the waste of huge amounts of agriculture and livestock products to keep their prices the most profitable possible, and a long, very long etcetera.

Meanwhile, Big business depletes Nature and supplants it with synthetic food. In fact, the fast increasing impact of such depletion, alongside conflicts and climate crises, have pushed millions of humans to flee their homes and migrate.

Simultaneously, nuclear-armed powers continue to squander $156.000 per minute on their MAD Policy

One consequence is that right now there are new world records: more weapons than ever. And a hunger crisis like no other

Now back to the issue of population growth. The recent past has seen enormous changes in fertility rates and life expectancy. In the early 1970s, women had on average 4.5 children each; by 2015, total fertility for the world had fallen to below 2.5 children per woman.

In addition, the world is seeing high levels of urbanisation and accelerating migration. 2007 was the first year in which more people lived in urban areas than in rural areas, and by 2050 about 66% of the world population will be living in cities.”

On the occasion of World Population Day, the UN Department of Economic and Social Affairs (DESA) reported the following:

Now that you have the two sides of today’s world before your eyes, please always consider the “human” face of the numbers.