Why Does War Persist?

War was always madness, always immoral, always the cause of unspeakable suffering, economic waste and widespread destruction, and always a source of poverty, hate, barbarism and endless cycles of revenge and counter-revenge. It has always been a crime for soldiers to kill people, just as it is a crime for murderers in civil society to kill people. No flag ha ever been wide enough to cover up atrocities.

But today, the development of all-destroying modern weapons has put war completely beyond the bounds of sanity and elementary humanity.

Arms manufacturers make enormous profits, and they use this money to buy the votes of politicians and the propaganda of main-stream media. Numbed by this propaganda, citizens allow politicians to vote for obscenely large military budgets, and so the circular flow of money continues, a “Devil’s Dynamo”.

Do our “Defense Departments” really defend us? Absolutely not! Their very title is a lie. The military-industrial complex sells itself by claiming to defend civilians. It justifies vast and crippling budgets by this claim; but it is a fraud. For the military-industrial complex, the only goal is money and power. Civilians like ourselves are just hostages. We are expendable. We are pawns in the power game, the money game. Nations possessing nuclear weapons threaten each other with “Mutually Assured Destruction”, which has the very appropriate acronym MAD. What does this mean? Does it mean that civilians are being protected? Not at all. Instead they are threatened with complete destruction. Civilians here play the role of hostages in the power and money games of weapons manufacturers.

A Vast River of Money

According to the Stockholm International Peace Research Institute (SIPRI), the world spent 2.113 trillion US dollars on armaments in 2021. Of this almost incomprehensible amount of money, the United States spent almost half the total , $801 billion.

Weapons Manufacturers Control the US Government

Giant weapons corporations like Lockheed Martin, Boeing and Raytheon sell almost exclusively to the US government, and it is therefore in their interest to control the government. In fact they do control it. The sums of money involved are so vast that arms manufacturers can tip the scales in elections and elect whom they please. Donors with enormously deep pockets are something that no politician can ignore.

The United States is by far the largest exporter of weapons in the world. The US sells weapons through NATO. It also sells weapons to dictatorships like Saudi Arabia, and these same weapons have produced a humanitarian catastrophes such as starvation in Yemen. Small arms exported to Africa deepen and prolong local conflicts.

The aggressive foreign policy of the United States is closely related to the profits made by arms manufacturers.

Fueling the Fire in Ukraine

To ordinary people, the current war in Ukraine is a tragedy. United Nations Secretary General Antonio Guterres has wisely pleaded for a diplomatic solution to the conflict. But to arms manufacturers, the war is a bonanza, a huge chance for profit. The war must not end or their profits will end! Send more and more armaments! Throw more fuel on the fire!

There are more privately owned guns than people in the United States. The latest mass murder of young children at a school in Uvalde, Texas, has led to pleas for the reform of gun laws. However, the Republican Party generally opposes any reform, since that would damage the profits of the arms manufacturers who make a living by selling weapons and selling war.

I would like to announce the publication of a book which deals in detail with the issues discussed above. It may be downloaded free of charge from the following link:

Other books on global problems and on cultural history may be found at the following web addresses: 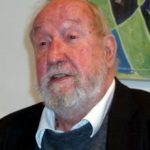 Anticopyright: Editorials and articles originated on TMS may be freely reprinted, disseminated, translated and used as background material, provided an acknowledgement and link to the source, TMS: Selling Weapons, Selling War, is included. Thank you.