Of the Secret Leaks and the Baking Planet

29 Jul 2022 – Strangely enough, two major scientific findings, both announced in July, did not attribute the current dangerous world’s disasters to the proxy war unfolding in Ukraine. 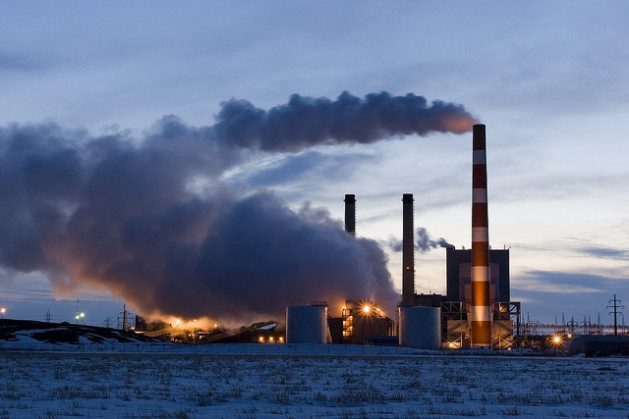 Due to its structure, methane traps more heat in the atmosphere per molecule than carbon dioxide (CO2) making it 80 times more harmful than CO2 during the 20 years after it is released into the atmosphere.. Credit: Bigstock

One of them, launched by the UN Environment Programme (UNEP), focuses on the dangers of what it calls: “secret methane leaks.” Methane is a colourless, odourless gas, responsible for more than 25% of the global warming the Earth is experiencing today.

The other scientific study, released by the World Meteorological Organization (WMO), warns that the current, unprecedented heat waves hitting the Planet will be more severe, more frequent and more intense, and will last longer over several decades to come.

Being both issues so highly interlinked and relevant to the present and the immediate future of life on Earth, here are some of their related key findings.

The methane leaks are an open secret in the oil and gas industry and it is feeding the climate crisis, explains UNEP. Throughout its report, it provides the following information and explanations.

Massive methane leaks, known as super-emitter events, have been taking place at oil and gas fields all over the world, from the United States to Turkmenistan.

The releases, most of which can be traced to equipment failures, can last for weeks.

One outside of a storage facility in Los Angeles in 2015 haemorrhage almost 100,000 tonnes of methane — a potent greenhouse gas — into the atmosphere over the course of four months.

In June this year, researchers at Spain’s Polytechnic University of Valencia, said they uncovered the latest known super-emitter event at an oil and gas platform in the Gulf of Mexico.

The installation discharged 40,000 tonnes of methane during a 17-day spell in December 2021 — equivalent to 3% of Mexico’s total annual oil and gas emissions.

While the discharge was caught, it remains challenging to trace emissions of methane, which is colourless, odourless and responsible for more than 25 percent of the global warming the Earth is experiencing today, explains UNEP.

The UNEP study also warns that, due to its structure, methane traps more heat in the atmosphere per molecule than carbon dioxide (CO2) making it 80 times more harmful than CO2 during the 20 years after it is released into the atmosphere.

As countries develop plans to reduce greenhouse gas emissions and avoid the worst effects of climate change, experts say it’s vital to have a better handle on how much methane is being released into the atmosphere, including from super-emitter events.

Cutting human-caused methane by 45 per cent this decade would keep warming beneath a threshold outlined by the 2015 Paris Agreement.

Who are the “super-emitters”?

To track and measure methane emissions, the United Nations Environment Programme in October 2021 launched the International Methane Emissions Observatory. It catalogues discharges from the fossil fuel sector, and soon waste and agricultural releases as well.

“The oil and gas industries are major producers of methane, emitting the gas during drilling, production, and other parts of their operations. Methane is also sometimes released intentionally from oil and gas facilities for safety reasons.”

The agriculture sector is also “a large emitter of methane,” particularly from livestock and the growing of certain foods, such as rice.

“Waste is the third most common man-made source of methane as bacteria break down organic matter in landfills.”

The Planet is baking

One major consequence of the un-wanted-to-be controlled methane leaks, among too many other just profit-making driven activities, is the unrelentless climate emergency.

On this, the World Meteorological Organization (WMO) has also in July launched further scientific findings: heatwaves will be more intense, last longer, and will occur more and more frequently… for decades to come, into the 2060s.

The UN specialised body had earlier alerted on record-high temperatures in India and Pakistan, reaching up to 50 degrees Celsius.

Let alone the over four-long severe drought wave hitting the whole East of Africa, and the record high temperature registered in so many other world’s regions.

The findings take, among others, the case of the United Kingdom, which, with 40 degrees Celsius, has just issued “the first ever Red Warning for exceptional heat.”

In other European countries, such as Portugal and Spain, temperatures have reached highs up to around 46 degrees Celsius.

It is worth pointing out that high temperatures are not the only adverse consequence of heat waves, says Lorenzo Labrador, Scientific Officer at WMO’s Global Atmosphere Watch Programme.

“The stable and stagnant atmosphere acts as a lid to trap atmospheric pollutants, including particulate matter, increasing their concentrations closer to the surface.”

Likewise, the abundant sunshine, high concentrations of certain atmospheric pollutants and stable atmosphere is conducive to episodes of ozone formation near the surface, which has detrimental effects on people and plants.

“We have broken an all-time high in the UK”, on 19 July said Petteri Taalas, WMO Secretary-General.

“In the future, this kind of heatwave is going to be normal. We will see stronger extremes. We have pumped so much carbon dioxide in the atmosphere that the negative trend will continue for decades. We haven’t been able to reduce our emissions globally” WMO’s chief warned.

“The negative trend in climate will continue at least until the 2060s, independent of our success in climate mitigation.”

The wrongly addressed climate emergency also impacts the present and future of food.

In fact, “we are expecting to see major impacts on agriculture. During the previous heatwaves in Europe, we lost big parts of harvest. And under the current situation, this heatwave is going to have a further negative impact on agricultural activities”, warned Petteri Taalas.

Temperatures, higher in Europe than elsewhere

According to the UN body for assessing the science related to climate change: The Intergovernmental Panel on Climate Change (IPCC) temperatures will rise more quickly in European areas than elsewhere.

“When a heatwave goes along with high levels of pollution it exacerbates respiratory, cardiovascular diseases and conditions especially in large urban spaces that are not adapted to cope with these high temperatures,” said Maria Neira, Director of Environment and Health at the World Health Organization (WHO).

“Reliable access to food and water is at stake, as with agricultural production levels at risk”, and there will be water scarcity for sure.”

“99% of the global population is breathing air that does not meet the health standards set by WHO, hugely impacting chronic respiratory and cardiovascular conditions.”

“Unprecedented danger will be the new normal if we don’t take urgent action to stop fossil fuel-driven climate change.”

From Canada and the United States to Russia and even the Arctic, adds Greenberg, record-breaking heat waves are putting lives, livelihoods, and communities at risk.