The Nuclear Agreement (JCPOA, 2015) Should Be Renewed

25 Aug 2022 – My responses to questions posed by Mohamadreza Farahzadi, of the international desk of Farhikhtegan Daily pertaining to a long process of rejoining this agreement that limited Iran to the development of civilian nuclear power technology. The text of my responses and the title have been modified. It is one more example that undoing the human and diplomatic harm of Trump’s international legacy is a complex matter that not only exhibits the persisting influence of unrepentant Trumpists but the passivity of the Democratic Party leadership, particularly when it dares to disagree with Israel on a matter of foreign policy concern.

1. According to the reports of the International Atomic Energy Agency, which is responsible for monitoring Iran’s nuclear commitments, Tehran was fully fulfilling its obligations according to the JCPOA until the US withdrew from it. However, even after the withdrawal of the USA from the JCPOA, these approvals continued and were accepted by the existing members as well.

It seems that Iran, which started adjusting its nuclear commitments a year after the withdrawal of the USA from the JCPOA, has no problem with returning to its previous commitments. In the meantime, the only problem that is the main reason for the existence of JCPOA revival negotiations is the withdrawal of the United States from the agreement during the Trump era and its not returning during the Biden administration. Accordingly, Iran in general is only seeking guarantees so that it will not be deprived of the economic benefits of fulfilling its obligations. Why has the USA refused to return to the JCPOA?

Response: I share the view that the 2018 U.S. withdrawal from JCPOA was the sole explanation for the breakdown of the 2015 agreement, which as you suggest, was working well, with the IAEA confirming Iran’s compliance. This compliance was impressive insofar as Israel continuing to violate Iranian sovereignty by engaging unlawful and provocative ways involving further efforts to disrupt Iran’s legitimate nuclear program, including the assassination of nuclear scientists and acts of sabotage directed at nuclear facilities..

It is correct to point out that Biden would encounter political difficulties in providing a meaningful guaranty to Iran that a future president of the United States would not again withdraw as Trump would almost certainly do should he be reelected in 2024. Biden is also under pressure from Israel and from domestic politics with an mid-term election scheduled for November 2022, not to rejoin the JCPOA, at least not without additional constraints on Iran relating to non-nuclear armaments and regional political activity and a green light to Israel’s unilateral efforts to violate Iran’s sovereignty for purposes associated with alleged security concerns..

If fairness were to prevail, the. U.S. would repudiate Israeli efforts to shape U.S. foreign policy and rejoin JCPOA without any new preconditions, and accompanied by certain conciliatory acts that were in effect an apologetic acknowledgement of the harm endured by Iran and its people due to the wrongful withdrawal in 2018.

2. In recent weeks, the European Union has presented a final proposal package to Iran and the United States to revive the agreement. Iran quickly responded to the package of the European Union. Citing sources in Europe who had access to the text, some media have called Iran’s text “constructive”. However, the United States has so far refused to respond to the package proposed by Europe and maintains that it is still examining the package and Iran’s response to it. Does the fact that Iran’s speed in responding and its content which has been called “constructive” by European sources, have been faced by the delay of USA, imply Democrats’ unwillingness to revive JCPOA? The conjecture is intensified having in mind the notion that the mid-term elections of the Congress are near and returning to Iran nuclear deal can have negative results for the Democrats.

Response: I would suspect that the major explanation for the delay on the U.S, side is its search for a formula that will lessen Israeli and domestic public criticism for moving toward an acceptance of this latest proposal package table by the EU. Unlike the U.S., Iran does not need to consult with other governmental or political entities before fashioning its response. The European sources asserting that Iran’s proposals are ‘constructive’ undoubtedly is intended to influence Washington to respond in a similar favorable manner to that of Iran, and hence close to consummating a new deal.

This outlook reflects overwhelming sentiments that JCPOA is a positive framework for tension reduction and war avoidance in the Middle East that deserves widespread support to overcome these unfortunate pockets of continuing opposition to any agreement with Iran, and persisting demands to renew and even intensify the coercive approach to Iran by way of sanctions that lasted almost 25 years. Israel has attacked the proposed renewal of JCPOA on three unconvincing grounds: first,, that it will not stop Iran from acquiring nuclear weaponry, posing severe threats to the security of countries in the region; that sanctions relief will provide the Iranian government with $100 billion per year to fund ‘terrorist’ organizations’ (specifically, Hezbollah, Hamas, and Islamic Jirhad); and by agreeing to such an arrangement the U.S. signals a lack of resolve to oppose Iranian expansionism .

3. Iran is strongly seeking to receive a guarantee from the United States that Washington will not withdraw from the nuclear agreement. However, the United States ignores Iran’s request on the pretext that it is not able to make such a promise based on the structures of the United States. Although Washington’s argument may seem correct at first glance, in any case, countries have international and bilateral obligations that all their administrations must respect.

On the other hand, as the Iranian authorities have announced, it seems that they want to increase the moral cost of the USA withdrawal, because in practice, if Washington or even another country wants to withdraw from the agreement, it is impossible to force it to stay. Having in mind the fact that the provision of such assurances only increases the moral constraints of the agreement and may not have any practical value, why is Washington resisting their provision? Does Washington want another unjustified exit?

Response: My assessment is that as weak an American president as Biden will be very reluctant to generate critical reactions contending that he is giving assurances to a hostile foreign government that exceed his constitutional authority, based on the doctrine separation of legislative and executive authority that is invoked as an integral part of the foundation of legitimate governance in the U.S. The normal path to a long-range irreversible national commitments takes the form of an international treaty requiring ratification by 2/3s of the U.S. Senate. This would not be unobtainable in relation to the JCPOA. given Israel’s and Republican right-wing’s opposition to concluding any agreement with Iran on its nuclear program. In any event, to follow treaty ratification procedures would require years of effort even if the political atmosphere made ratification a practical option.

It is also probably useful for Biden to have the freedom to assure Israel and critics of a diplomatic approach coupled with an assurance that if Iran behaves in a manner that is regarded as unacceptable, then a second withdrawal is an option that has not been foreclosed, even morally. The issue is on both sides one of appearances, For Iran the appearance that JCPOA is this time a durable arrangement not subject to changes in political leadership in signatory countries. For the U.S. the appearance of flexibility are assurances to opponents and critics that JCPOA does not constrain American leaders from once more withdrawing and opting once more for a totally coercive approach to relations with Iran.

As matters now stand, the U.S. has virtually admitted that it needs time to consult with the E3 countries (France, UK, Germany), and most of all Israel to make sure that the terms agreed upon for the renewal of the JCPOA take maximum account of their national security interests. Whether the text subject to these consultations ends up in a deal probably depends on whether Washington is willing to ignore opposition by Israel and to moderate criticism by promising a strong U.S. future military and diplomatic engagement in securing the region. If an agreement does result it may also include an expressed willingness to refrain from Israeli unilateral moves against Iran even uses of aggressive force in total disregard of international law and the UN Charter. 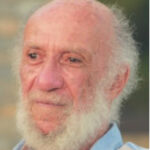