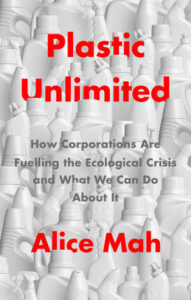 Properly addressing the plastics problem involves not only interrogating corporate tactics but also understanding that some plastics provide societal benefits.

23 Aug 2022 – Over the past few years, the paradox of plastic as both a miracle for and a menace to society has become a platitude. There are countless stories in the media and popular culture about our fraught relationship with plastic, focusing on our addiction and dependence. However, this way of framing the problem actually serves to perpetuate it. Plastics are plural. There are tens of thousands of plastics, each with different physical properties, including not only flexibility or durability, but also toxicity. By lumping plastics together into a singular entity with both beneficial and harmful features, the double-sided narrative assumes that the two sides can never be separated. By blaming us all for our dependence on plastic, questions of corporate responsibility and unequal toxic risks are avoided. Ultimately, the paradox of plastic conveys a sense of inescapability that the industry can tap into.

“Let’s talk realistically about plastic” is the title of a campaign launched in October 2020 by the Danish Plastics Federation, featuring short videos with plastic reality-check messages: “Without plastic… cars would use more fuel”; “No plastic… no bike helmet.” The punchline: “Frankly, we need plastic where it makes sense. But a world without… creates more problems than it solves.” The U.S.-based Plastics Industry Association regularly tweets and blogs similar messages. For example, one blog post decried the public’s “knee-jerk reaction” of proposing plastic bans and substitutions to deal with plastic litter as “overly simplistic,” “outlandish,” and “impractical… like when a child proposes that the solution to global warming is eliminating cars.”

While this line of argument is “overly simplistic” itself, the industry is right in some ways. Plastic cannot be separated neatly into different piles of societal value: essential versus wasteful, or desirable versus toxic. Many plastics are indeed essential for health and safety, transport, and connectivity, yet are also toxic and wasteful. There are no easy solutions to such a complex problem. However, we can stop the plastics crisis from spiraling even further out of control. Many plastic products can and should be banned or substituted to protect health, the environment, and the climate. Policymakers, researchers, and activists have rightly focused on the need to eliminate or substitute the production of toxic plastic products (to protect health), single-use plastics (to stop the plastic waste crisis), and virgin (fossil fuel-based) plastics (to address the climate crisis). There are many barriers and dilemmas involved in such proposals, but reducing harmful plastics production is not an unrealistic goal. On the contrary, it is both possible and necessary. An important start is to interrogate corporate half-truths as well as untruths.

The industry’s “realistic versus impractical” narrative is a pragmatic twist on a related narrative that has long been popular with the industry: “reality versus fiction,” used to make truth claims about the benefits and nontoxicity of plastics. Since the beginning of the plastic age, the industry has tirelessly promoted the essential and desirable characteristics of plastic products, while denying their harmful effects. The discovery of synthetic plastics more than a century ago was seen as miraculous, saving animals by replacing ivory and tortoiseshell, and natural resources by replacing wood, silk, and glass. More importantly for a capitalist system, plastics were cheap. After World War II, new plastic household products entered the market, fostering the growth of mass consumer society. Steadfastly, the industry extended its reach into other markets, to building materials, shopping bags, medical equipment, toys, electronics, water bottles, and food packaging. People were sold not only plastics but also the idea of disposability.

Yet the public has never been fully sold on plastics. From the start, labor, consumer, and environmental groups have questioned the production and use of plastics. In fact, the petrochemical and plastics industries have often been accused of using the playbook from Big Tobacco by manufacturing doubt and uncertainty about the hazards of their products. I wish that I could say that these accusations are exaggerated, or oversimplify a more complicated situation, but if anything, they are understated. In the 1960s and early 1970s, the American and European petrochemical industries conspired to conceal scientific links between vinyl chloride, cancer, and other illnesses, in order to protect their markets. The news about vinyl chloride and cancer broke in 1974, leading to public alarm and swift regulations, but it took decades for researchers and lawyers to expose the corporate lies and cover-ups. Meanwhile, the plastics industry learned how to anticipate regulations, refining its “deceit and denial” tactics in later controversies over carcinogenic and hormone-disrupting plastics.

Beyond high-stakes battles over truth, corporations often ignore issues of toxicity altogether, especially given that the burden of proof for harm rests on communities, not corporations. In spite of decades of environmental justice struggles around the world, toxic hazards from plastics remain disproportionately located in minority, low-income, and working-class communities. In Canada, my home country, the Indigenous Aamjiwnaang First Nation is located next to a number of toxic polluting petrochemical plants in “Chemical Valley” in Sarnia, Ontario, and local residents have reported a number of illnesses. This parallels the infamous case of “Cancer Alley” in Louisiana, an 85-mile stretch of former plantation land along the Mississippi River with a high concentration of petrochemical facilities and oil refineries situated in close proximity to rural Black residential communities. Indeed, around the world there are hundreds of “cancer villages” and cancer clusters related to plastics production, incineration, and disposal. Some corporations have been held to account for negligent toxic waste, and air quality regulations have been introduced in many places, but most companies have continued with business as usual. Despite the risks and negative social and environmental impacts, corporations across the plastics value chain will deploy whatever tactics they can in order to create, protect, and expand plastics markets.

This excerpt is adapted from Plastic Unlimited: How Corporations Are Fuelling the Ecological Crisis and What We Can Do about It by Alice Mah (Polity Books, 2022) and was edited and produced for the web by Earth | Food | Life, a project of the Independent Media Institute.

Alice Mah is a professor of sociology at the University of Warwick.

Anticopyright: Editorials and articles originated on TMS may be freely reprinted, disseminated, translated and used as background material, provided an acknowledgement and link to the source, TMS: The Plastics Paradox Facing Humanity, is included. Thank you.