Afghanistan: A Hidden Trophy Worth more than a Trillion Dollars

6 Sep 2022 – Both the mainstream media, the international bodies and the human rights defenders continue to rightly denounce the Taliban’s inhuman abuses against the Afghan people’s basic rights, in particular those of women and girls..

Over one year after the Taliban takeover, an estimated 24.4 million people – 59 per cent of the population in Afghanistan – are dependent on international aid and emergency relief in their day-to-day lives. Credit: UNAMA/Fraidoon Poya

In doing so, they use a similar vocabulary, saying that since the Taliban “seized the power” on 15 August 2021 everything has collapsed. Shouldn’t it be more accurate to say that the power was “knowingly” “delivered” to them by the United States following negotiations between the two parties under Donald Trump’s administration?

Other statements talk about how the Taliban’s regime has in just a few months erased with a stroke of a pen all the “great achievements” made over 20 years of US and allies’ massive military attacks on Afghanistan’s unarmed population.

Has all this happened in just 12 months?

How come that the Taliban managed in just a few weeks to push Afghanistan’s economy into “free fall” as defined by the UN Emergency Relief Coordinator, already in December 2021?

How come that in such a relatively short time the Taliban have hurled into hunger as many as 23 million people – around 60% of the total population?

Have they in one year pushed over 6 million Afghans away to neighbouring countries like Pakistan and Iran?

Then, how come that “Over one year after the Taliban takeover, an estimated 24.4 million people – 59 per cent of the population in Afghanistan – are dependent on international aid and emergency relief in their day-to-day lives,” as stated by the International Organization for Migration (IOM)?

“Since August 2021, nearly all Afghans have plunged into poverty and the country has been facing the risk of systemic collapse,” states IOM.

Add to this the reiterated UN disparate appeals for funding to provide “lifesaving” assistance to 21 million Afghans or 50% of the whole population.

By the way: weren’t the United States who helped, funded –and armed– the Taliban “moderate” predecessors, over the 70s and 80s, to expel the Soviet Union’s troops from Afghanistan?

Weren’t the US and allies aware that the “narco lords” in Afghanistan, the world’s largest opium producer, have also been providing money and weapons to the Taliban in exchange for protection?

Whatever the case is, the Afghan war narrative should also remind us of other “great achievements” made during the two-decade-long “Enduring Freedom” operation launched against this country by the then US president George W. Bush and allies.

Regardless of the arguments used to “justify” them, wars are also a “good” business.

Indeed new weapons have been tested; killing-drones perfected, troops casualties lessened; fully-equipped private armies made big profits as did the giant weapons industry. And the strategic concept of “war on terror” has definitely been settled. 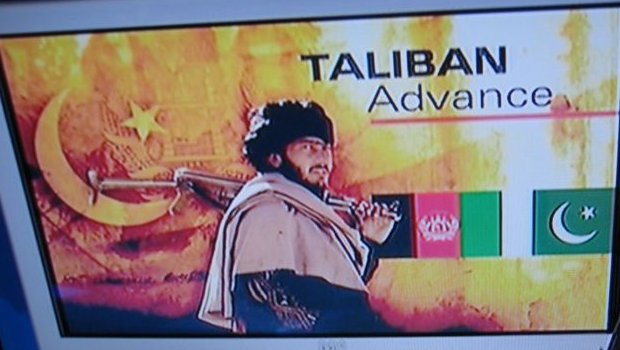 Anyway, there seem to be other under-reported “great achievements.” One of them appears to be Afghanistan’s treasure of precious mineral resources that the technology and war business needs.

Just see this: the 2019 official report: Mining Sector Roadmap, published by Afghanistan’s Ministry of Mines and Petroleum [PDF], and introduced by the then Afghan president Mohammad Ashraf Ghani, states the following, among other facts:

This Afghan government official report was published in 2019, i.e., while the United States and allies were still ruling the country.

Too many questions left unanswered

Just take a look at what a brilliant analyst and Nobel Peace Laureate, John Scales Avery, wrote in his recent must-read article: Making Money from War.

“If the aim of the ‘War on Terror’ had been to rid the world of the threat of terrorism, acts like illegal assassination using drones would have been counterproductive, since they create many more terrorists than they destroy,” said Scales Avery, chairman of both the Danish National Pugwash Group and the Danish Peace Academy.

“But since the real aim is to produce a state of perpetual war, thus increasing the profits of the military-industrial complex, such methods are the best imaginable. Urinating on Afghan corpses or burning the Koran or murderous night-time raids on civilian homes also help to promote the real goal, perpetual war,” said Scales Avery.

Now back to the more than a trillion dollars worth of Afghanistan’s mineral resources –those that are much required by the giant technology and other business: would it be too naive to connect the dots?