All-Day Peace Conference in the UK: The Game of War and the Path to Peace

Organized by HUFUD and Harrogate Quakers 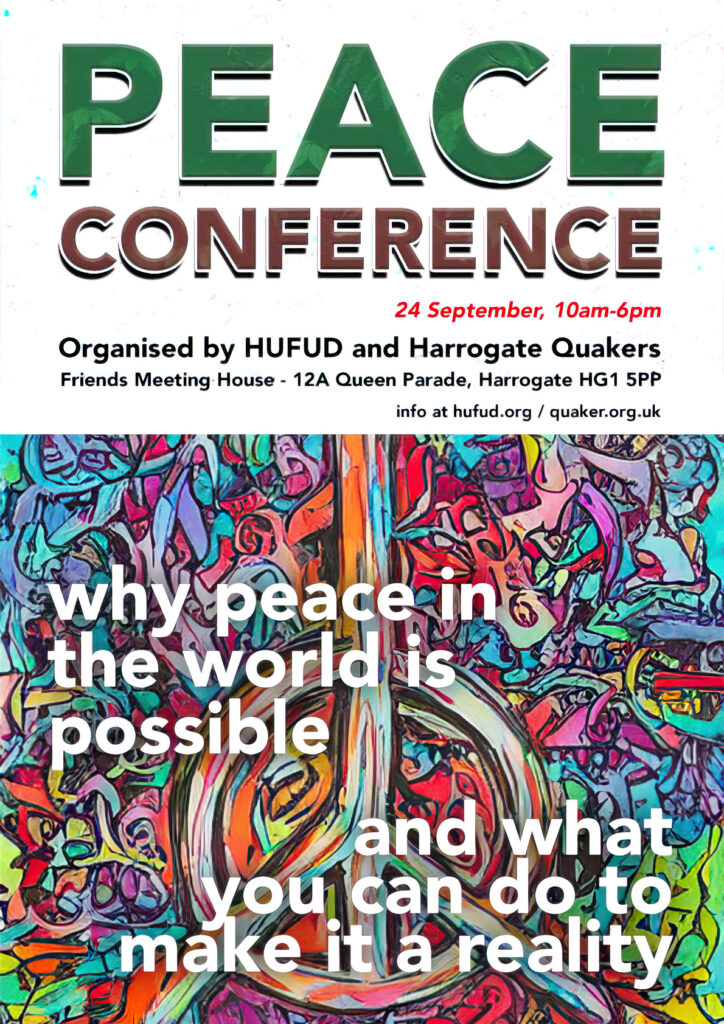 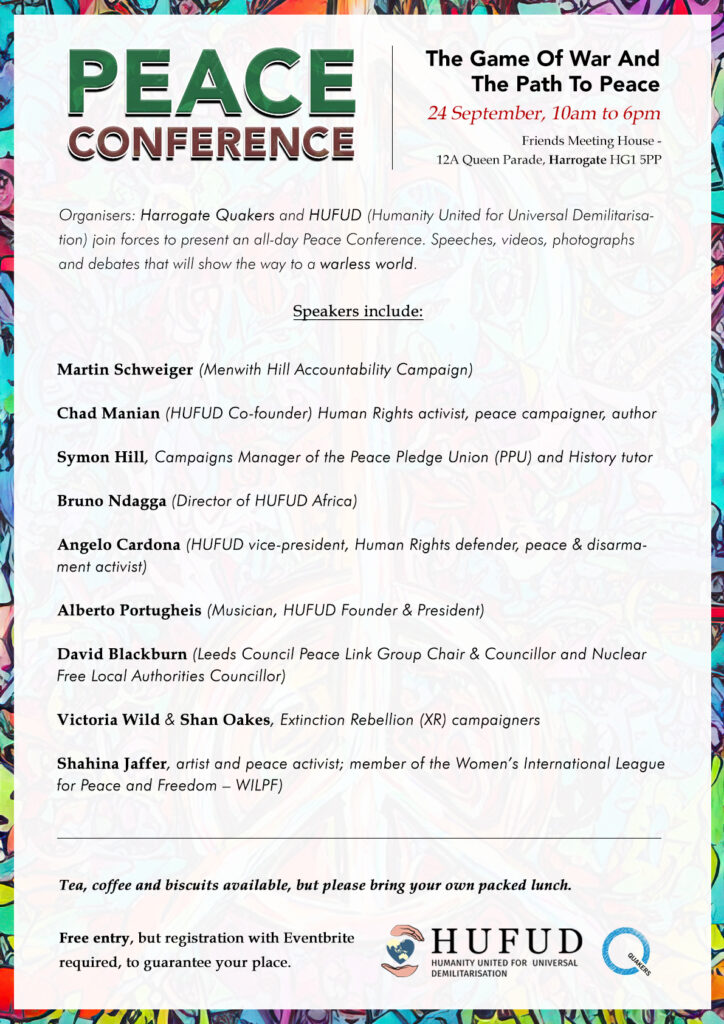 Alberto Portugheis is a member of the TRANSCEND Network for Peace Development Environment. By profession a concert pianist and pedagogue, he is an active peace campaigner, whose anti-military stance earned him a nomination for the 2008 Nobel Peace Prize. As a result, Portugheis wrote Dear Ahed…..The Game of War and a Path to Peace – a book that has received critical acclaim.  Another successful book followed: $$$$$s In Their Hearts. In 2015 he founded the Movement HUFUD-Humanity United For Universal Demilitarisation, which has many followers worldwide.  In 2018 HUFUD Latin America was born, based in Bogotá, Colombia and in 2020 HUFUD Africa was launched, based in Uganda.  In Portugheis’ writings, speeches, thoughts, ideas and reflections transpire his desire “to make people think” and not take for granted what they read or hear, “no matter where.”

Anticopyright: Editorials and articles originated on TMS may be freely reprinted, disseminated, translated and used as background material, provided an acknowledgement and link to the source, TMS: All-Day Peace Conference in the UK: The Game of War and the Path to Peace, is included. Thank you.