It appears that before humans rush off into the heavens in a quest to extract wealth, that the institutions on Earth must be enabled and prepared to monitor and regulate the process.

If not done then we will be re-creating the current deadly ‘global war system’ in space. 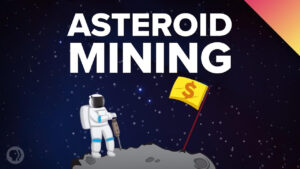 Anticopyright: Editorials and articles originated on TMS may be freely reprinted, disseminated, translated and used as background material, provided an acknowledgement and link to the source, TMS: Conflicts with Asteroid Mining, is included. Thank you.