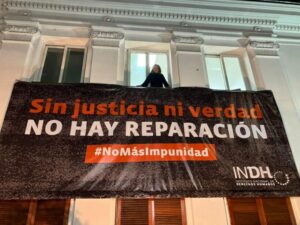 14 Sep 2022 – It was very early in the morning when I heard the first shots, right in front of the building in the centre of Santiago where I lived. When I turned on the radio, I began to become aware of the scale of the attack and, in the mental haze that was inevitable in the face of such a panorama, I realised – even without the slightest consciousness of the scale of the betrayal – that the coup d’état was already a reality. In front of my window, I could observe the movement of soldiers and the exchange of gunfire. September 11, 1973 will remain engraved as one of the most painful days imaginable, not only because of what it meant for the future of Chile, but above all because of the force with which it impacted on the rest of my life and the lives of millions of my compatriots.

In the days that followed, it was possible to accumulate information and absorb the inevitable blows as I understood how what until then had been considered normal, legal and everyday life had been transformed into a long list of unforgivable crimes for the military gang that had seized power. Over the years, responses have gradually emerged to one of the most violent acts against a democratic state, planned from the offices of the White House and executed by one of the best-trained armies in the institutional and operational framework designed by German Nazism.

The echoes of the Chilean dictatorship continue to resound loudly and divide its people, despite efforts to resume the path towards a democracy of participation, justice and equity; a democracy whose strengths do not lie in privileging the ruling classes or in making competition for the accumulation of wealth a landmark of development, but one capable of laying the foundations for equality. However, the myth of the southern country’s economic bonanza remains unchanged, as does an image of superiority that does not sustain itself in the face of the reality of a system of progressive impoverishment, discrimination and loss of opportunities for its population.

In my case, the coup d’étatm, meant moving away forever from the Chile I no longer recognised. An exile that took me to Guatemala, another country of dictatorships, injustice and poverty, but a nation that welcomed me with the incomparable kindness of its people. Deep down, that migration opened a floodgate of empathy and curiosity in the face of the vicissitudes of our Latin American reality and allowed me to investigate with a more awakened consciousness the origins and consequences of the decisions that mark our destiny. That 11 September, under artillery fire by the Chilean army against its own people, is for me the symbol of betrayal. Over the years, the perverse intervention of the United States and how they instrumentalised an army that was until then proud of its institutionality has become clear and documented.

The corruption of Augusto Pinochet, his family and close associates – the best-kept secret for years – was the final touch to expose the scope and scale of the crimes committed during a dictatorship which, from other scenarios in the continent, was considered the salvation of a bankrupt country. The transition to democracy in 1990 opened many closed routes, but left the imprint of the dictatorship in its Magna Carta, a pending task whose transcendence still goes unnoticed by most Chileans.

Chile and its constitutional text stained by the presence of the dictatorship. 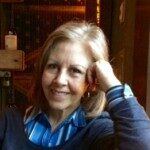