Lula Is the New President of Brazil 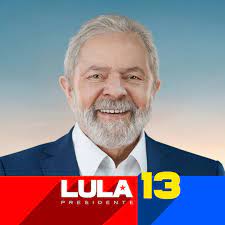 “Election mathematically defined (elected),” the agency indicated on its website, noting that, with 99.98 percent of the centers counted, Lula is left with 50.90 percent of the votes against 49.10 percent for Bolsonaro.

More than 156 million Brazilians were summoned to choose this Sunday their next president between Bolsonaro and Lula; the most-voted candidates in the first round on October 2.

Likewise, 12 states of the country elected their governor in the second round.

All the main polls in Brazil for this Sunday’s runoff showed the former president and leader of the Workers’ Party (PT), Luiz Inácio Lula da Silva, as the favorite for the presidency against the ultra-right-wing Jair Bolsonaro, of the Liberal Party (PL).

Some 156.4 million Brazilian voters were called to elect the country’s president and vice president, with 12 states electing their governor.

Brazil’s polling stations opened their doors this Sunday at 08H00 local time throughout the country and in more than 180 locations abroad. Voting ended at 17:00 hours nationwide.

Different national and seven international missions closely supervised the elections. The electoral power said that some 500 observers were deployed across the country.

This was the sixth time that the leftist candidate Lula ran for president, while the far-right leader, Bolsonaro, sought reelection for the Liberal Party (PL).

The candidate elected today for a third term exercised his right to vote in São Bernardo do Campo, the cradle of the trade union movement in São Paulo. His hope was to make this Sunday, October 30, “a historic day” for Brazil.

Last October 2, Lula won the first round of the Brazilian elections with 48.43 percent of the valid votes, while Bolsonaro came in behind with 43.20 percent.

As neither of the two achieved an absolute majority of the votes (more than half of the valid votes, excluding blank and invalid votes), they competed in Sunday’s runoff.