Letter from Manuel Zelaya, former President of Honduras, to the British PM about Julian Assange 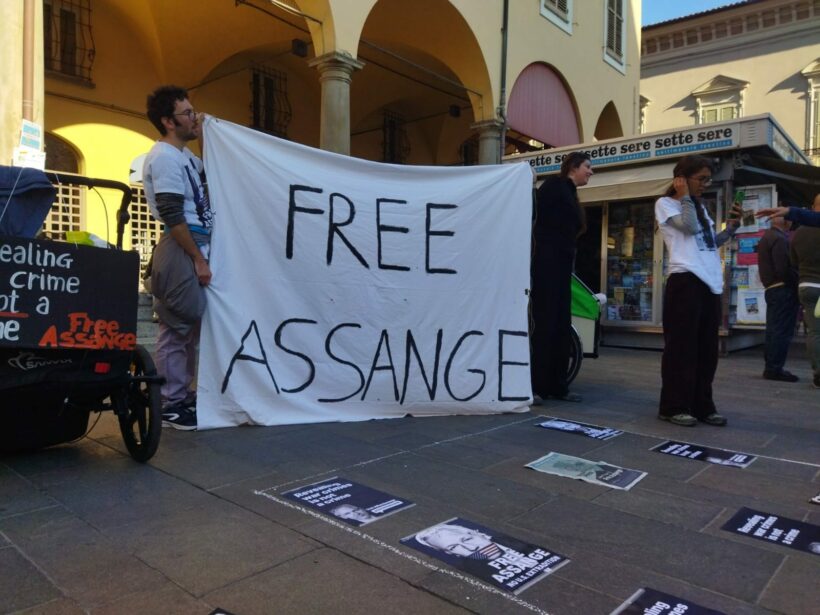 (Image by Campaign for Assange’s release)

I am writing to you, in my capacity as Former President of the Republic of Honduras and current President of the Anti-Imperialist Peoples’ International in Defence of Humanity and Nature, in order to request the review of the extradition to the United States of America and the immediate release of the Australian cyber journalist and activist Julian Assange, who has been suffering imprisonment in your country since April 2019, after a 7-year stay as a political refugee in the Ecuadorian embassy.

In doing so, I add my voice to those of other presidents, human rights organisations and numerous political and cultural personalities from Latin America and the world.

I base this request on humanitarian reasons, since as is public knowledge the prolonged confinement and the current conditions of detention have seriously affected Mr. Assange’s health, but also on reasons that warn of the violation of rights not only of the aforementioned but of civilised society as a whole.

The United Kingdom’s authorisation to extradite Mr Assange to the USA entails the risk of a prison sentence of 175 years, which, given the journalist’s current state of health, means in practice that he will be sentenced to death. May I also point out that this authorisation ignores the fact that extradition for political offences is prohibited under both British and European law and I have no doubt about the absolute lack of safeguards in a trial where the detainee is condemned in advance.

Your Excellency Prime Minister, I am increasingly convinced that Mr Assange’s greatest crime has been to reveal to the world the truth about a number of events that demonstrate at the very least the violation of international law and the rights of peoples to security and peace. The author himself has been the victim of one of these violations when he was overthrown by a coup d’état in 2009, where the interference of a foreign force was later confirmed by the documents declassified by Wikileaks.

I must remind your Excellency Prime Minister that article 19 of the Universal Declaration of Human Rights, signed by all states comprising the international community, states: Everyone has the right to freedom of opinion and expression; this right includes freedom to hold opinions without interference and to seek, receive and impart information and ideas through any media and regardless of frontiers.

In the light of this article, then, it is worth asking her whether the dissemination of the truth can pose any threat to the security of the signatory states of this Declaration, which was adopted a few years after the tragedy of the Second World War, the formidable lessons of which should never be forgotten.

If, as the Christian Gospel expresses it: “Only the truth alone will set us free”, have no doubt that knowledge of the truth, however hard and bitter it may be, is the only way to a more just world where non-violent and harmonious coexistence between states, peoples, communities, etc. becomes a reality.

On the other hand, the prolonged imprisonment and imminent extradition of someone who has not committed a single crime on his conscience, who has not ordered the bombing of towns or the overthrow of governments, constitutes a real threat to the free press, to the right of peoples to information, as enshrined in the aforementioned Article 19.

At this dramatic time in the world, threatened by a new world conflagration, and coinciding with the recent appointment of Your Excellency to such a high governmental position, we the people, expect from the rulers of the great nations, gestures of greatness.

You have today the opportunity to carry out one of them in order to contribute to the inauguration of a new era marked by the zealous respect for human rights, which demands from governments and statesmen a magnanimous attitude of respect for the law and defence of the weak against the powerful.

I, therefore, reiterate my request for the non-extradition and immediate release of Julian Assange.
I send you my best regards.