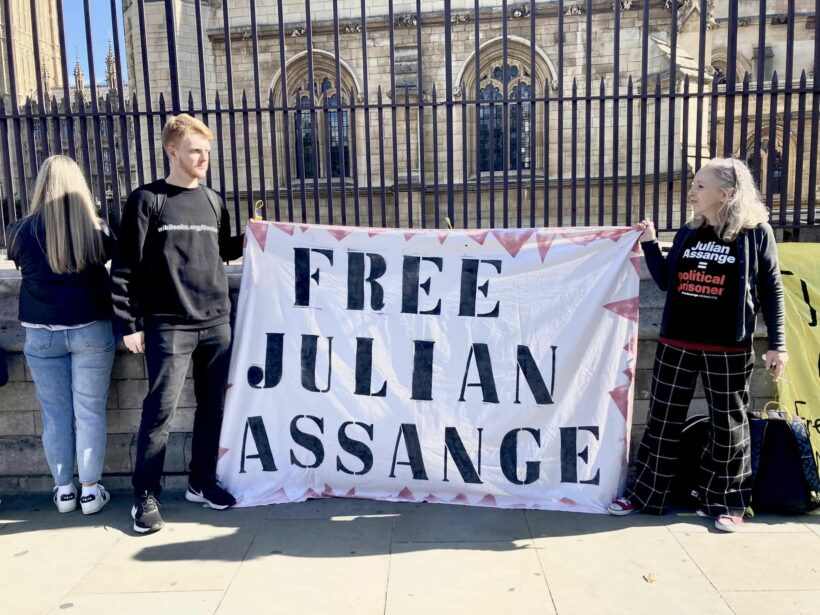 21 Jan 2023 – On 20 Jan The National Press Club in Washington DC hosted an event with expert testimony from politicians, human rights lawyers, journalists and whistle-blowers about the assault on press freedom and the ongoing United States prosecution of award-winning Australian Publisher and Co-Founder of WikiLeaks.

Assange has been under attack for exposing crimes in Iran and Iraq by the US Government and now faces 175 years in prison if extradited from the HM Belmarsh Prison where he is currently held on remand in the United Kingdom.

“It’s unbelievable we are now entering the 14 year of the persecution of Julian Assange. The ceaseless abuse, constant hounding, unscrupulous lies, abuse of process, the ceaseless application of three states – Sweden, UK and US – to abuse due process is appalling. Their bureaucratic malice and constant crying from the rooftops about free press is an artifice. They have used the democratic process to hound Julian close to death’s door.

“Their disrespect of their own and international law is disgraceful. Julian only ever spoke truthfully, published accurately. Julian Assange is an icon of the decay of application of law, a symbol of freedom of speech, of righteousness and crimes against humanity. We, Julian’s supporters and family are beginning to see support in civil society all around the World. Together, we will prevail in bringing about Julian’s release.”

“Julian’s persecution is of great, vital concern to Australia’s people and government. Remembering as we do with firm pride and responsibility, that Australia authored the Universal Declaration of Human Rights.”

Roger Waters performed a special rendition of his hit song ‘Wish You Were Here’ dedicated to Julian Assange.

Other speakers at  Belmarsh Tribunal included:

The Belmarsh Tribunal will be going to Sydney in March 2023.