How the Workers’ Parliaments Saved the Cuban Revolution

Reviving Socialism after the Collapse of the Soviet Union 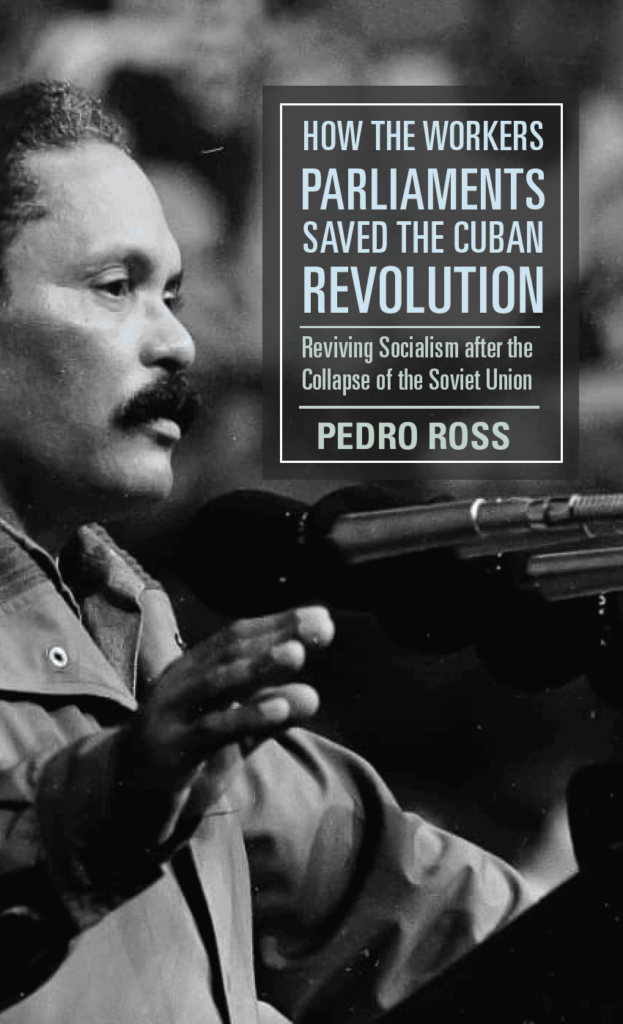 A Rare Look from Inside Cuba

13 Jan 2023 – How the Workers’ Parliaments Saved the Cuban Revolution brings us to the heart of one of the most precarious and transformational moments in Cuba’s evolution. As the Soviet Union fell to pieces in the 1990s, Cuba managed to evade the fate of its primary trading ally. How was this possible, especially as Cuba endured relentless attacks from the capitalist behemoth directly to its north?

As the GDP plunged by over a third, and the Cuban people endured brutal food shortages— a time of crisis known as the “Special Period”— the country embarked upon a remarkable collective effort to cope with its dire circumstances and escaped the starvation, disease, death, and violence that often plague poor countries facing similar conditions. Not only did Cuba manage to evade collapse, it maintained its high life expectancy, low infant mortality, and universal access to health and education, preserving many of the gains of the revolution.

At the center of this collective effort were lifelong revolutionaries like Pedro Ross, construction worker, literacy educator, and labor activist. As head of Cuba’s labor federation throughout the “Special Period,” Ross developed a nationwide series of “Labor Parliaments” which turned the country into an immense school of economics and politics.

Over a 45-day span in 1993, women’s rights activists, farmers’ organizations, youth movements, and academic associations came together for tens of thousands of meetings, successfully restored the production cycle, and ultimately revolutionized nearly every aspect of life in Cuba. Singularly positioned to write this seminal account of those days, Ross has given us a rare, moving, on-the-ground account of a society mobilized from below, buttressing the Revolution when it was under maximum stress.

“In highlighting the little-known role of the Cuban working class during the Special Period, Pedro Ross Leal has produced a book essential to understanding the survival of revolutionary Cuba.”

How the Workers’ Parliaments Saved the Cuban Revolution: Reviving Socialism after the Collapse of the Soviet Union, by Pedro Ross Leal, Publication: 10 Jan 2022, 288 pp.

Beginning as a young construction worker in Cuba, Pedro Ross became a teacher during Cuba’s great literacy campaigns of the 1960s, and came to serve three terms as General Secretary of Cuba’s labor federation, the CTC (The Workers’ Central Union of Cuba)—and in that capacity developed a nationwide series of “Labor Parliaments” dedicated to some form of resolution to the economic collapse. Upon retirement, he was appointed Ambassador to Angola, a post he held for several years. In his eighties, he is still active in Cuba’s ongoing revolution.