US Installs New Nukes in Europe: As Destructive as 83 Hiroshima Bombs

20 Jan 2023 – As if the 100 billion dollars that the United States has so far provided to Ukraine in both weapons and aid were not enough, the US has now started to install in Europe its brand new, more destructive nuclear warheads. 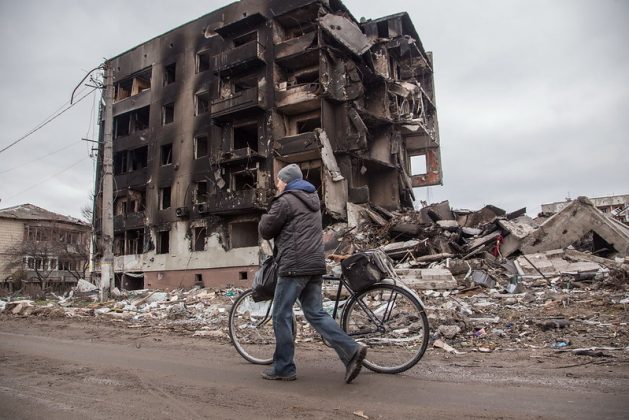 The US 100 billion dollars are to be added to all the weapons and aid that 40 Washington’s ‘allies’ –Europe in particular– have been sending to Ukraine since it was invaded by Russia in February 2022.

The US spending on the Ukrainian war in less than a year amounts to the desperately needed funding that the United Nations require to partially alleviate some of the horrifying suffering of over one billion human beings over two long years.In a further escalation, the United States began in December 2022 to ship new nuclear warheads to Europe: “the B61-12 warhead is a more advanced warhead from the ones currently deployed in Belgium, Germany, Italy, the Netherlands and Turkey,” according to the International Campaign to Abolish Nuclear Weapons (ICAN).

Boeing designed the bomb’s new guided-tail kit, giving it additional manoeuvrability and the appearance of more precision.But, it’s a nuclear weapon, and has different yields, from 0.3kt to 50kt, ICAN reports.

“These bombs can detonate beneath the Earth’s surface, increasing their destructiveness against underground targets to the equivalent of a surface-burst weapon with a yield of 1,250 kilotons––the equivalent of 83 Hiroshima bombs.”

Even if the bombs are American and the US retains launch authority, they would most likely be dropped by Europeans. If the US decides to use its nuclear weapons located in Germany, the warheads are loaded onto German planes and a German pilot drops them, ICAN furtherexplains.

This Geneva-based coalition of 652 non-governmental partner organisations in 107 countries, promoting adherence to and implementation of the UN Treaty on the Prohibition of Nuclear Weapons, received the 2017 Nobel Peace Prize.

The ‘brutal struggle for power’

The production, testing, and use of nukes is one of the reasons why the biggest powers are now pushing the world into the abyss of lawlessness. In fact, the UN chief has once more sounded the alarm bell.

The rule of law stands between peace and ‘brutal struggle for power,’ he warned in his 12 January message to the UN Security Council – where five countries: US, Russia, China, UK and France– hold a self attributed authority to override the well of over 190 states, members of the UN.

The UN chief painted a grim picture of civilians around the world suffering from devastating conflicts, rising poverty, and surging hunger, warning that “we are at grave risk of the Rule of Lawlessness”.

The rule of law “protects the vulnerable; prevents discrimination; bolsters trust in institutions; supports inclusive economies and societies; and is the first line of defence against atrocity crimes.”

Meanwhile, the world is falling apart, witnessing an “ongoing collision of crises for which traditional response and recovery are not enough,” warns the UN Development Programme (UNDP).

“Our future is at stake, as wars, epidemics, the climate emergency and economic upheaval leave almost no country untouched.

From the war in Ukraine that sparked a global cost of living crisis to the climate emergency, the floods in Pakistan, the global pandemic, hunger in the Horn of Africa, to the crisis in Yemen — we face never before seen challenges to our future, adds UNDP.

Developing economies accounting for more than half of the world’s poorest people need urgent debt relief as a result of “cascading global crises. Without action, poverty will spiral and desperately needed investments in climate adaptation and mitigation will not happen.”

The UN Children Fund (UNICEF) reports that more than 400 million children live in areas under conflict; an estimated 1 billion children – nearly half the world’s children – live in countries at extreme vulnerability to the impacts of climate change…

Today, there are more children in need of humanitarian assistance than at any other time since the Second World War. Across the globe, “children are facing a historic confluence of crises – from conflict and displacement to infectious disease outbreaks and soaring rates of malnutrition.”

UNICEF has appealed for 10.3 billion US dollars to reach more than 110 million children with humanitarian assistance across 155 countries and territories.