3 Dec 2021 – We won’t know whether Omicron evades COVID vaccines for another few weeks. Here’s why. 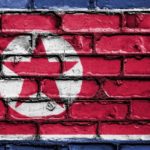 31 Jan 2018 – Shortly before President Trump used his State of the Union speech to criticize North Korean human rights abuses, Pyongyang released its own criticism of the United States as a “gross violator of human rights.” A summary of a report titled “White Paper on Human Rights Violations in the U.S. in 2017″ was released by the Korean Central News Agency today.

There have been around 475 coup attempts since 1950. That’s according to a dataset compiled by Jonathan Powell and Clayton Thyne, two assistant professors who work in the political science departments of the University of Central Florida and the University of Kentucky respectively.

It’s Not Just Hiroshima: The Many Other Things America Hasn’t Apologized For
Adam Taylor – The Washington Post, 30 May 2016

26 May 2016 – This week, President Obama will become the first sitting U.S. president to visit Hiroshima, the Japanese city that the United States nearly destroyed with a nuclear bomb in 1945. It’s reasonable to ask, after more than 70 years, why not apologize for Hiroshoma? But what else has America not apologized for? Here are a few ideas.

The Battle over the Word ‘Rohingya’ [in Burma aka Myanmar]
Adam Taylor – The Washington Post, 2 May 2016

Hundreds of people gathered outside the U.S. Embassy in Rangoon, Burma, on Thursday [28 Apr] with a demand: The United States must stop using the word “Rohingya.” To most of the world, the Rohingya are a Bengali-speaking Muslim minority in Buddhist-majority Burma, also known as Myanmar. More than 1 million Rohingya are thought to live in Burma, the majority of them in Rakhine state. Despite the size and long-standing presence of this community, the government does not consider its members Burmese citizens.

In the Medical Response to Ebola, Cuba Is Punching Far Above Its Weight
Adam Taylor – The Washington Post, 13 Oct 2014

While the international community has been accused of dragging its feet on the Ebola crisis, Cuba, a country of just 11 million people that still enjoys a fraught relationship with the United States, has emerged as a crucial provider of medical expertise in the West African nations hit by Ebola.

MAP: The U.S. Military Currently Has Troops in These African Countries
Adam Taylor – The Washington Post, 26 May 2014

This map shows what sub-Saharan nations currently have a U.S. military presence engaged in actual military operations. More details of the troops deployed are below.

April 15, 2012 — Here’s the full transcript of our interview with Ólafur Ragnar Grímsson, who has been President of Iceland since 1996, and announced last month he would be running for a fifth term. Keep reading to hear his thoughts on Iceland’s recovery, and how a large financial sector can ruin a nation.