How the U.S. Derailed an Effort to Prosecute Its Crimes in Afghanistan
Alice Speri | The Intercept - TRANSCEND Media Service, 11 Oct 2021

5 Oct 2021 – The new chief prosecutor of the ICC, Karim Khan, sought to reopen a suspended investigation in Afghanistan but it would not include conduct by the USA and its allies. He wrote in a statement that his office would focus exclusively on crimes committed by the Taliban and by the Islamic State Khorasan Province, or IS-K. His decision came after years of U.S. obstruction. 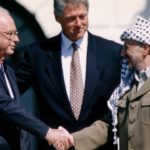 No One Will Be Celebrating the 25th Anniversary of the Oslo Accords
Jon Schwarz and Alice Speri – The Intercept, 17 Sep 2018 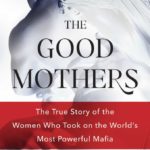 It Took a Handful of Italian Women to Kneecap One of the World’s Most Brutal Crime Networks
Alice Speri – The Intercept, 10 Sep 2018

9 Sep 2018 – “The Good Mothers” tells the story of the women who turned against the ’Ndrangheta, a ferocious, family-based Mafia criminal cult rooted in southern Italy. 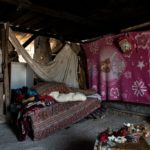 A Palestinian Bedouin Village Braces for Forcible Transfer as Israel Seeks to Split the West Bank in Half
Alice Speri – The Intercept, 20 Aug 2018

13 Aug 2018 – Khan al-Ahmar is one of the last-standing obstacles in the way of Israel’s plan to completely swallow up a broad swath of land around Jerusalem. 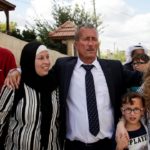 The Homecoming: How Ahed Tamimi Became the Symbol of Palestinian Resistance to Israeli Oppression
Alice Speri – The Intercept, 6 Aug 2018

4 Apr 2016 – Prison inmates around the country have called for a series of strikes against forced labor, demanding reforms of parole systems and prison policies, as well as more humane living conditions, a reduced use of solitary confinement, and better health care.