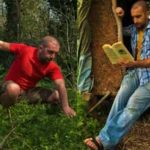 “If someone told me seven years ago, in my final year of a business and economics degree, that I’d now be living without money, I’d have probably choked on my microwaved ready meal.” 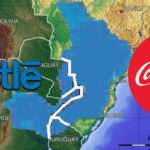 5 Feb 2018 – Private companies such as Coca-Cola and Nestlé are allegedly in the process of privatizing the largest reserve of water, known as the Guarani Aquifer, in South America. The aquifer is located beneath the surface of Brazil, Argentina, Paraguay and Uruguay and is the second largest-known aquifer system in the world.

It is now illegal for wild animals such as lions, bears, elephants and giraffes to be used in circuses in the Netherlands! On Sep 15, 2015 a ban on wild animals in circuses officially went into effect.

10 Aug 2015 – Joining a growing number of nations concerned about the effects GMO’s pose, Scotland just banned the cultivation of genetically modified crops. The country’s Rural Affairs Secretary, Richard Lochhead, announced last week that the clean, green nation will no longer be permitting GM crops to be grown within its borders.

On Tuesday [14 Jul 2015], the Malaysian government passed into law a new animal welfare act that imposes harsher penalties for those torturing or neglecting animals in order to reduce the number of crimes against animals in the country.

Hawaii is the first US state to ban plastic bags from being distributed at grocery store checkouts.

2-4 fresh servings of fruit per day can help your body convert ‘bad’ fat into ‘good’ fat.

19 May 2015 – More than 45,000 people came together last weekend and set the Guinness World Record for single-day reforestation efforts.