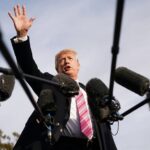 26 May 2020 – If it wasn’t so tragic, it would be laughable: the political brigands in US and Europe are fuming, spitting and rolling their eyes upwards. They are pointing fingers in all directions, shouting incoherently “China!”, “Russia!”, “Venezuela and Cuba!”, “Iran!”; “You, You, YOU!”. China and Russia are quietly building a new world, which includes brand new infrastructure, factories and entire neighborhoods for the people. 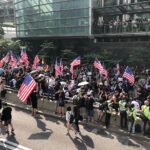 Now, the citizens of Hong Kong are scared. Not of the “government”, not of the police, or Beijing: they are frightened of the so-called protesters, of ninja-like looking young people with covered faces and metal bars in their hands. 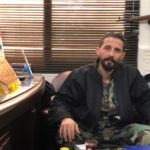 21 Jul 2019 – The Uyghurs have managed to create a very old and deep culture. Most of them are good, law abiding citizens of the PRC. Also the great majority of followers of Sunni Islam are peaceful people. This work is addressing terrible problems related to extremism and terrorism, most of them crafted and then fueled by the West and its allies. The goal is to damage China. The victims live in various countries. Again, the West tries to destroy China, using religion and terror. 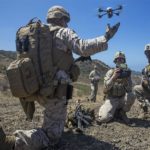 15 Feb 2019 – In Countries Destroyed by the West, People Should Stop Admiring It – It may sound incredible, but it is true: in countries that have been damaged, even totally robbed and destroyed by the West, many people are still enamored with Europe and North America. 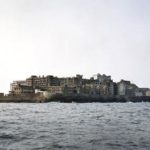 7 Aug 2018 – Do you want to see perhaps the spookiest island on earth, which is located just 30 minutes by speedboat from Nagasaki? The past of Nagasaki has it all: great old Japanese culture, Christians and their prosecution, the Dutch traders and their settlement, a vibrant Chinese minority. Nagasaki was where the military ships were built, where many slave laborers were brought to from the occupied territories, and this is also where the second A-bomb was exploded by the US at the end of WWII.

The Empire is killing millions and destroying countries and continents. But California is falling off a cliff, and clouds of huge insects are invading the entire North America. While millions of alien terrorists are now engulfing the ‘tolerant’ and ‘democratic’ Europe! Plus there are those sinister monsters like Count Vlad and Comrade Kim, waiting with their daggers behind a corner! Therefore, The Empire and its people have to ‘protect’ themselves. They have to be tough, even tougher than before! And to put their interests first! America (North America) first! Germany first! France first!