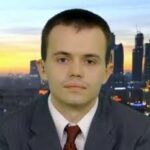 “Global Policeman”: Why Is the US in the South China Sea?
Andrew Korybko | OneWorld - TRANSCEND Media Service, 7 Dec 2020

2 Dec 2020 – The USA regards itself as the “global policeman”, hence its arrogant actions, but it was never deputized by the international community to fulfill such a role. Rather, it’s more like a dangerously delusional role player .

It was revealed in September 2013 as part of the Snowden Leaks that the NSA had been spying on Petrobras , the company at the heart of the ‘constitutional coup’ scandal, which in turn raises the possibility that the US had obtained ‘compromising’ information on the alleged corruption activities of key ruling party executives and was waiting for the right time to weaponized it. It shouldn’t be seen as coincidental that the “Car Wash” ‘anti-corruption’ investigation began nearly half a year later in March 2014.

4 Apr 2016 – The unprecedented upsurge in violence along the Line of Contact between Armenia and Azerbaijan in Nagorno-Karabakh has raised universal concern that a larger conflict might be brewing, with some analysts seeing it as an outgrowth of Turkey’s destabilizing anti-Russian policies over the past couple of months.

There’s nothing to be lost by removing the unipolar states of the US and France from the conflict resolution process and replacing them with multipolar and pragmatic participation of China in hopefully harnessing the Russian-Chinese Strategic Partnership and preventing another recurrence of the Reverse Brzezinski.

The old world order is changing at a rapid pace as rising multipolar forces push outwards against the resistant unipolar establishment. Just as much as Russia, China, and Iran are endeavoring to change the global system, the US and its Lead From Behind proxies are ferociously fighting to retain it, and this engenders a serious escalation of geopolitical tensions that can appear to be largely unpredictable to many.

14 Dec 2015 – ASEAN’s solid growth in the past few decades has made it an enviable partner for many, and the economic bloc has entered into several high-profile free trade agreements in the past couple of years.

14 Dec 2015 – The greatest threat to the multipolar world’s economic relations with ASEAN comes directly from the TPP. The US is pushing this exclusionary trade arrangement in order to obstruct the existing trade partnerships that non-allied countries (Russia and China) plan on enhancing with each of the bloc’s members.

Montenegro Could Be Headed for a Mountain of Trouble
Andrew Korybko – Oriental Review, 21 Sep 2015

17 Sep 2015 – The tiny Balkan state of Montenegro is having a Ukrainian-esque “either-or” choice forced upon its population, which in this case is whether or not the country should join NATO by the end of the year.

27 Jul 2015 – Exclusive English translation of the interview given by our regular correspondent Andrew Korybko to the Macedonian edition “NetPress” on the failed coup d’etat in the country, US policy in the Balkans, Greek crisis and its regional implications, as well as alternative development models proposed by BRICS and other non-Western integration mechanisms to Macedonia and other states.

18 May 2015 – The Balkans have returned to the forefront of European geopolitics as a result of the New Cold War, with the US and Russia facing off in a proxy war over the planned Balkan Stream pipeline through the region.

Since the general idea and genesis behind the Central Balkans have been discussed, it is now time to turn towards their three most important strategic characteristics.

The Twin Ocean Railroad far-reaching project endeavors to construct a 5,300 km railroad from Brazil to Peru, traversing some of the world’s most difficult and sensitive terrain. It should be expected that the US will mobilize its proxies in whichever manner it can in order to push back against it at all costs.

15 May 2015 – The US and Russia are involved in heated competition amidst the New Cold War with their latest rivalry over Macedonia. They had already duked it out over Ukraine and a deadly stalemate has settled over Syria. Given the enormous long-term strategic stakes involved (liberating Europe with multipolarity or keeping it shackled in unipolarity), the Third Round of the US-Russian geopolitical confrontation might be its most climactic one yet.

The Libyan method has apparently been ‘perfected’ to the point where outside actors feel comfortable deploying this Pandora’s Box inside of Europe itself. Gene Sharp is the mastermind of the seemingly innocuous strategies that serve as a prelude and ‘dog whistle’ to this viral outbreak, and George Soros is the financier.