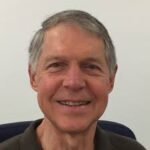 Preparing for a Dictator Down Under?
Brian Martin – TRANSCEND Media Service, 21 Mar 2022

15 Mar 2022 – Australia has a stable, prosperous democracy. There are no looming external threats and no violent opposition movements. Yet, in the past two decades Australian governments have passed numerous laws giving police and security agencies ever more powers for surveillance and repression. 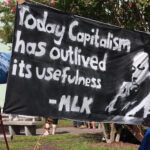 Nonviolent action is the most promising method for moving beyond capitalism to a more humane social and economic system. Approaches based on using state power—including state socialism and socialist electoralism—have been tried and failed. Dramatic changes are definitely needed because capitalism, despite its undoubted strengths, continues to cause enormous suffering. Nonviolent action as an approach has the capacity to transform capitalism, though there are many obstacles involved.

Gene Sharp’s contributions to the understanding of nonviolent action provide a useful lens for understanding developments in the field in recent decades. Sharp built on Gandhi’s pioneering endeavours, but moved away from Gandhi by providing a pragmatic rationale for nonviolent action. However, few academics have paid much attention to Sharp’s work, and policy-makers have largely ignored it. In contrast, activists have taken up Sharp’s ideas enthusiastically. 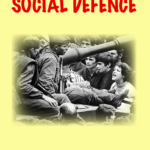 What If the Government Abolished the Military?
Jørgen Johansen and Brian Martin | Journal of Resistance Studies – TRANSCEND Media Service, 28 Oct 2019

25 Oct 2019 – Imagine that government leaders make an announcement: “We’re going to abdicate responsibility for defense. Over the next few years, our military forces will be phased out. They are too dangerous and counterproductive. It will be up to everyone to figure out how to defend us all without violence.” As entrenched as the military is in our society and minds, civilians can defend a society without using violence.

Abstract: A potential alternative to military defence is nonviolent action by civilians, using methods such as protests, strikes, boycotts and winning over opponent troops. In the 1980s there were groups in several countries advocating and promoting this option, but subsequently it faded from view even within the peace movement.