What If the Government Abolished the Military?

As entrenched as the military is in our society and minds, a new book shows that civilians can defend a society without using violence. 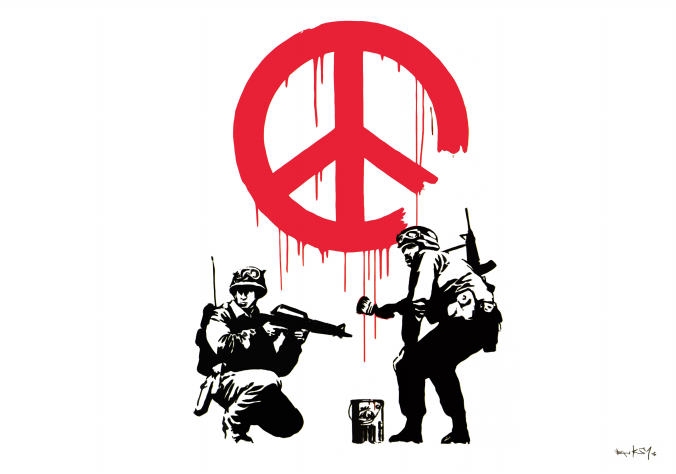 “We’re going to abdicate responsibility for defense. Over the next few years, our military forces will be phased out. They are too dangerous and counterproductive. It will be up to everyone to figure out how to defend us all without violence.”

Environmentalists immediately get to work setting up local renewable energy systems. They know that an aggressor can hold a society to ransom by controlling a few refineries and large power plants. In contrast, aggressors, and terrorists too, will see little point in attacking energy-efficient buildings and rooftop solar panels.

Town planners adopt the same thinking. They rapidly expand opportunities for travel by foot and cycling, thereby reducing dependence on imports of fuel. A “walkable city” is far less attractive to any aggressor.

Feminists and anti-racist organizers take the lead in building an inclusive network for mobilizing resistance in case of an attack. They know about divide-and-rule tactics, and that it is important that the community be unified against any threats. They are aware of divisions that have hampered activist campaigns in the past, and aim at involving all segments of the population, including different sexes, ages, ethnicities and abilities.

Nonviolent action trainers are in big demand. They run regular workshops on methods of direct action, decision-making in a crisis, and strategy. They realize they are too few in number for the task, so put a priority on sharing their skills so that others can lead workshops.

Teachers in schools have many priorities. They encourage their students to learn about the history and practice of nonviolent action. They also encourage investigation of the politics and culture of nearby societies, especially those that might pose a military threat, seeking to learn ways of reducing the risk.

Specialists in language, culture and politics are in high demand. They put their skills towards making links with groups in other countries, especially groups resisting repressive governments — indeed any governments that might become aggressive.

Workers play crucial roles. They prepare to be able to shut down workplaces, either by striking, working in or destroying or modifying key bits of machinery or software. They run drills doing this, rather like fire drills, that are simulations of how to resist attempts to take over their workplaces or induce cooperation.

Communication specialists have numerous tasks. They run sessions on how to win over aggressor troops through conversations. They design and practice communication systems that will be resilient in the face of attack. They prepare for a shutdown of the Internet and for hostile surveillance of communications.

An immediate start is made on converting military facilities to peaceful purposes, supporting efforts to build self-reliance in energy, water, transport, agriculture and health. Soldiers, with their specialist skills, become workers in the civilian sectors of the economy. They also deploy their skills in rescue and emergency intervention. 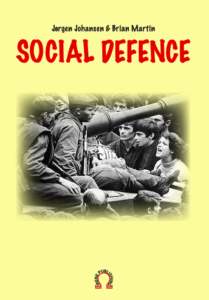 The people’s efforts were based on several things they had learned from their studies and earlier campaigns. Most importantly, they avoided any use of physical force. After all, what is the point of an alternative to the military if it relies on violence? The resistance had to be nonviolent. Careful thought was given to every action. The people decided that some forms of sabotage were acceptable, for example deleting computer files and disabling weapons.

Every attempt was made to enable everyone to be involved in preparations and resistance, but without compulsion. This meant that women, children, elders and people with disabilities played important roles. This was in direct contrast with armed forces, which rely heavily on young fit men.

The change to a nonviolent defense system had strong links with other campaigns and social movements. It connected with environmental, feminist, labor, peace and other movements. The common threads were equality, participation, self-reliance and resilience.

In making the transition, people learned from history. They studied cases of spontaneous resistance to invasion, notably in Germany in 1923 and Czechoslovakia in 1968. They studied the dynamics of nonviolent action. They recognized the importance of engaging with aggressor troops, trying to win them over, a process called fraternization, that is crucially important in nonviolent overthrowing of dictators.

They studied everything they could find written about defending against aggression without violence. There were many valuable studies, most of them written in the 1950s through the 1980s. They adopted ideas that seemed most helpful. When they had ideas about resistance techniques, they ran simulations to see whether they worked.

As they proceeded, they shared their experiences and knowledge with like-minded groups around the world. This turned out to be a vital step. It reduced the risk of aggression, because government leaders realized that attacking a community without an army might lead to an internal uprising in their own societies.

Probably the biggest challenge was confronting people’s beliefs that violence is always superior to nonviolence, and that defense is someone else’s responsibility, namely something for the military to handle.

At least two things about this scenario are quite unrealistic. First is that any government would dissolve its military forces. It did happen once, in Costa Rica in 1948, but has never occurred in any large country (there are 15 to 20 small countries without armies). It is unlikely that any government would abdicate without fighting to maintain its existence and its power over its subjects.

The second unrealistic feature of this scenario is the speed with which social movements undertook efforts to build a people’s nonviolent defense system. Even when this alternative is on the agenda, few movements use it as a guide for their activities and campaigns. They easily could.

For the past century, inspired by nonviolent campaigns, a few writers have imagined an alternative to military forces based on popular nonviolent action. In the 1950s and 1960s, some researchers developed the idea. In the 1980s, there were groups in a dozen countries dedicated to promoting this sort of alternative.

In our just-published book Social Defence, we explain what’s involved and try to bring the discussion about social defense up to date since the 1980s, when interest was highest. There have been quite a few developments since then to consider: the rise of neoliberalism, the collapse of state socialism, the Internet, and a huge expansion in awareness and use of nonviolent action. Some of these developments are favorable for social defense, some are negative, and some just make things different.

Military systems are deeply entrenched, politically, economically and in people’s thinking. It may be a long time before significant moves are made towards alternatives. But in the meantime, activists can use ideas about social defense in designing their campaigns, their organizations and their thinking.

Jørgen Johansen is a nonviolence author/activist, editor of Irene Publishing, and a member of the TRANSCEND Network from Norway. He serves as deputy editor for the Journal of Resistance Studies and coordinator of the Nordic Nonviolence Study Group, or NORNONS.

Brian Martin is emeritus professor of social sciences at the University of Wollongong, Australia and vice president of Whistleblowers Australia. He is the author of 18 books and hundreds of articles on dissent, nonviolence, scientific controversies, democracy and other topics.

One Response to “What If the Government Abolished the Military?”