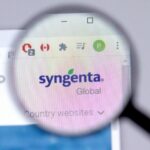 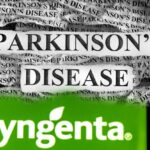 9 Apr 2021 – A move by lawyers to consolidate at least 14 lawsuits filed by eight different law firms in six different federal courts is a “telling sign” more lawsuits will be filed against the company over claims its weedkiller, Paraquat, causes Parkinson’s Disease.

U.S. companies are working to eliminate or limit use of a type of pesticide suspected of helping cause dramatic declines in honeybee populations needed to pollinate key American crops, officials said on Wednesday [25 Jun 2014].

25 Apr 2013 – Heavy use of the world’s most popular herbicide, Roundup, could be linked to a range of health problems and diseases, including Parkinson’s, infertility and cancers, according to a new study.

An estimated 11 million acres are infested with “super weeds,” some of which grow several inches in a day and defy even multiple dousings of the world’s top-selling herbicide, Roundup, whose active ingredient is glyphosate.