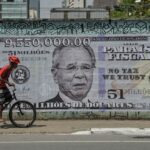 The Rich Are Different from You and Me–Their Money Is Everywhere
Charles P. Pierce | Esquire – TRANSCEND Media Service, 8 Nov 2021

5 Nov 2021 – A new report from the Pandora Papers examines how the ultrawealthy use real estate for any number of ends.

Around midnight, as Thursday [1 Oct] became Friday [2 Oct],and we learned that the pandemic had reached into the administration*’s innermost inner circle, and then into The Residence Itself, these were the things about which I began to wonder.

13 Apr 2020 – Here’s a sampling from around the world that gives substance to my now-regular reaction to any news at all—“Oh, come the fck on!” 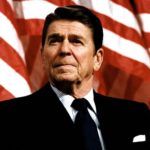 We [USA] Bear Responsibility for the Conditions in Honduras Causing Its People to Flee
Charles P. Pierce - Esquire, 3 Dec 2018

28 Nov 2018 – God help us, we have handed government over to soulless lunatics. The question is how much of the turmoil we own—and how we’re going to make good on our moral debts.

When You’re a Protester, the Color of Your Skin Is All That Matters
Charles P. Pierce - Esquire, 7 Nov 2016

28 Oct 2016 – Yes, there is a cruel, stupid irony about living in a country when, on the same day, a bunch of gun-toting rubes who have less understanding of the Constitution than a wombat does of nuclear fusion get acquitted after an armed takeover of federal property in Oregon while, half a country away, peaceful protesters doing nothing but praying on land to which they have a right guaranteed by treaty get rousted, roughed up, and hauled away by a militarized police force acting largely at the behest of a private company.

The 28-page document is a wide-ranging catalog of possible links between Saudi officials and Qaeda operatives. It details contacts that Saudi operatives in Southern California had with the hijackers and describes the discovery of a telephone number in a Qaeda operative’s phone book that was traced to a corporation managing a Colorado home of Prince Bandar bin Sultan, then the Saudi ambassador to Washington.

Massacre of somewhere north of 2000 people in the Nigerian fishing village of Baga. The details are horrifying. People fleeing the violence and drowning in a lake. Bodies still littering the streets and bushes. The idea that all of these individual acts of savagery are linked and there is one solution for the infinite facets of the problem — “More NSA spying!” “More torture!” “Immigration quotas!” — is as dangerous as it is fanciful.

The CIA’s Willingness to Lie about Our Torture Regime: The Architecture of Unbelief
Charles P. Pierce - Esquire, 19 Jan 2015

Ignorance is no longer an acceptable alibi. We know what’s going on.

WikiLeaks and The Huffington Post have raised all kinds of unshirted hell this morning [9 Dec 2013] by publishing a trove of documents relating to the Trans-Pacific Partnership, the gigantic new trade agreement which was negotiated largely in secret and which the administration is seeking to “fast-track” through Congress so as to avoid the kind of public scrutiny to which deals like this rarely stand up.

Likely lost amid all lachrymose coverage of the act of political violence in Boston yesterday [15 Apr 2013] will be the release of a magisterial, non-partisan report concerning the decade of political violence organized and executed by the American government… But the final offense against democracy was not John Yoo’s, or Dick Cheney’s, or even that of old President C-Plus Augustus. It belongs to Barack Obama and his people.

A lot of what we’ve done in our “war” on terror — including extrajudicial assassination, drumhead tribunals, and now this classically brutal response to a hunger strike, which is an act of dedicated non-violent resistance — we learned from the lessons taught by the British in Ireland and especially by Mrs. Thatcher who allowed an elected member of Parliament to starve to death.