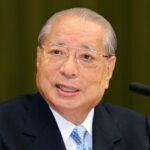 I am reminded of the Buddhist teaching of the Four Views of the Sal Grove, which illustrates how differences in people’s mental or spiritual state or perspective will cause them to see the same thing in completely different ways. For example, the sight of the same forest might inspire one person to be moved by its natural beauty and another to calculate its economic value. The problem is that what is missing in one’s perspective will also be completely lacking in one’s overall worldview. 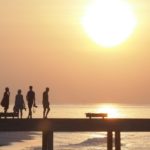 26 Jan 2019 – Last May, UN Secretary-General António Guterres launched the UN Disarmament Agenda in which he noted that total military spending was around eighty times the amount required to meet the humanitarian aid needs of the whole world. Now is the time to accelerate momentum toward disarmament. To this end, I propose three key themes that could support the effort to advance disarmament as a cornerstone of the twenty-first century.

The work of building a world without nuclear weapons signifies more than just the elimination of these horrific weapons. Rather, it is a process by which the people themselves, through their own efforts, take on the challenge of realising a new era of peace and creative coexistence. This is the necessary precondition for a sustainable global society.

In recent months, the dispute over the nature and intent of the Iranian nuclear development programme has generated increasing tensions throughout the Middle East region. When I consider all that is at stake here, I am reminded of the words of the British historian Arnold Toynbee, who warned that the perils of the nuclear age constituted a “Gordian knot that has to be untied by patient fingers instead of being cut by the sword.”

Confronted by a disaster of unimaginable scale, the Japanese people are searching for ways to get back on their feet and discover appropriate responses to a series of interlinked problems. Indeed, the greater these challenges, the greater the potential to find creative responses that will inspire people everywhere and contribute to the sum of human wisdom.