2019 Peace Proposal – “Toward a New Era of Peace and Disarmament: A People-Centered Approach.” 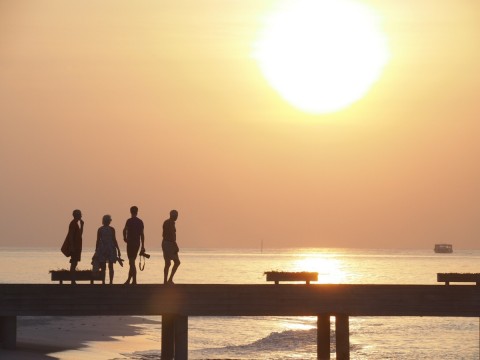 26 Jan 2019 – Last May, UN Secretary-General António Guterres launched the UN Disarmament Agenda in which he noted that total military spending was around eighty times the amount required to meet the humanitarian aid needs of the whole world. Now is the time to accelerate momentum toward disarmament. To this end, I propose three key themes that could support the effort to advance disarmament as a cornerstone of the twenty-first century.

The first is the need for a shared vision of what constitutes a peaceful society. I believe the Treaty on the Prohibition of Nuclear Weapons (TPNW) is a forerunner of the kind of international disarmament law that can help frame such a vision, as it is a form of international law that goes beyond the traditional confines of disarmament treaties to attend to a wide range of essential human concerns. The next theme is the need to work together to foster “people-centered multilateralism.” This is an approach focused on protecting those who face the most serious threats and challenges.

Compared to questions of national security, the response to threats to the lives and livelihoods of individuals often lack urgency. Lack of basic security impacts not only those suffering from poverty or inequality but also the many people driven from their homes and forced to seek refuge from armed conflict or disaster. In this sense, the foundation for people-centered multilateralism must be the effort to build a world in which all people can enjoy a feeling of meaningful security and can together foster hope for the future.

The third theme is the mainstreaming of youth participation. As we survey the tasks that lie ahead, it is clear that nothing is more indispensable to arousing and sustaining global public interest and support than the powerful engagement of youth. 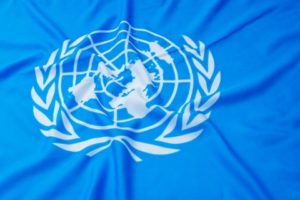 Friends of the TPNW

I would also like to offer five proposals comprising concrete steps to help resolve urgent problems concerning peace and disarmament and boost efforts to achieve the SDGs.

The first pertains to the early entry into force and expansion of the number of countries participating in the TPNW. I would like to propose the creation of a group of like-minded states to deepen and extend the debate that has developed during the process leading up to the adoption of the TPNW, with an eye toward promoting ratification. It could be called Friends of the TPNW, modeled after Friends of the Comprehensive Nuclear-Test-Ban Treaty (CTBT), a group that has worked for the entry into force of the CTBT, and could serve as a forum for sustained dialogue across differences of stance on the TPNW.

The TPNW requires that the first meeting of states parties be convened within one year of its entry into force. Friends of the TPNW should be launched prior to this meeting because establishing a place of dialogue open to all states in advance would make a significant contribution to resolving differences over the Treaty. Since Japan has declared its desire to serve as a bridge between the nuclear-weapon and non-nuclear-weapon states, it makes sense that it should take the initiative in creating a venue for such dialogue. 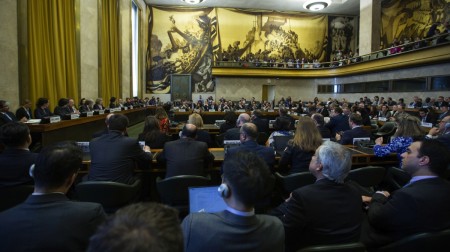 A Fourth Special Session of the General Assembly

My second proposal relates to measures to advance nuclear disarmament. The year 2020 will mark the fiftieth anniversary of the entry into force of the Treaty on the Non-Proliferation of Nuclear Weapons (NPT). I would like to suggest that the final document of the 2020 NPT Review Conference include a recommendation to establish a UN open working group to discuss concrete steps to reduce the role of nuclear weapons in security doctrines, making clear the directional shift toward nuclear disarmament. I urge all nuclear-weapon states to prioritize steps to lessen the role of nuclear weapons in their security arrangements.

One measure would be the removal of nuclear warheads from high-alert status, which could be implemented almost immediately.

I would like to propose that a fourth special session of the General Assembly devoted to disarmament be held in 2021 as a follow-up to the 2020 NPT Review Conference. It should reconfirm the significance of multilateral disarmament negotiations and set the basic goals of major reductions in nuclear arsenals and a freeze on their modernization.

A Ban on Lethal Autonomous Weapons

My third proposal is to establish a legally binding instrument that prohibits all lethal autonomous weapon systems (LAWS).

There is growing international concern that deployment of LAWS would radically transform the global security environment. One of the threats they pose is that they make it possible to wage combat without direct human intervention. This lowers the threshold for military action, risking a dramatic undermining of international humanitarian law.

I strongly urge all parties—those states already calling for a ban on LAWS, countries such as Japan that have declared their intention not to develop such weapons and NGOs committed to the Stop Killer Robots campaign—to come together to work for the early adoption of a legally binding instrument comprehensively prohibiting the development and use of these systems.

As my fourth proposal, I would like to offer some thoughts regarding the UN’s water-related SDGs, which call for achieving “universal and equitable access to safe and affordable drinking water for all.” It is estimated that around 2.1 billion people lack access to clean and safe water, and roughly 40 percent of people worldwide are affected by water scarcity.

In response, the UN General Assembly has launched the Water Action Decade. I would like to suggest the creation of the post of special representative for water resources within the UN to coordinate global efforts to ensure access to safe water—a key goal of the SDGs and the basis for protecting the life, livelihood and dignity of all. The representative would work together with the agencies coordinated by UN-Water to encourage member states to build partnerships for technology transfer through, for example, the sharing of best practices.

In addition, I urge Japan and other nations with abundant know-how and advanced technologies regarding water reuse and desalination to proactively contribute solutions. I would like to see Japan apply its experience to the resolution of water-related problems in Northeast Asia. Also, I hope that China, Japan and South Korea will work together to offer support to countries in the Middle East and Africa where there is growing demand for water reuse and desalination.

My fifth proposal is to strengthen momentum toward making the world’s universities hubs for the realization of the SDGs. Launched nine years ago, the United Nations Academic Impact (UNAI) initiative currently links more than 1,300 institutions in approximately 140 countries. In October last year, UNAI announced that it had selected seventeen universities and designated them as SDG Hubs modeling innovative engagement related to each of the global goals. I would like to call for the expansion of the network of universities committed to supporting the SDGs.

One vehicle for realizing this might be for universities around the world, starting with the members of UNAI, to select the SDGs that are the particular focus of their efforts and actively work for their achievement. Aiming to promote cooperation among institutions that are working on the same goals and to broaden solidarity among students across the globe, I propose the holding of a world conference of universities in support of the SDGs sometime next year, the seventy-fifth anniversary of the founding of the UN.

Based on unwavering confidence in the limitless power of education and through our passionate commitment to the empowerment of youth, the SGI will strive to build a sustainable and peaceful global society where all can manifest their inherent dignity.

One Response to “2019 Peace Proposal – “Toward a New Era of Peace and Disarmament: A People-Centered Approach.””